Ukraine urged to show Italy that soldier Vitaly Markiv is innocent, or face Russia being seen as ‘liberator’ 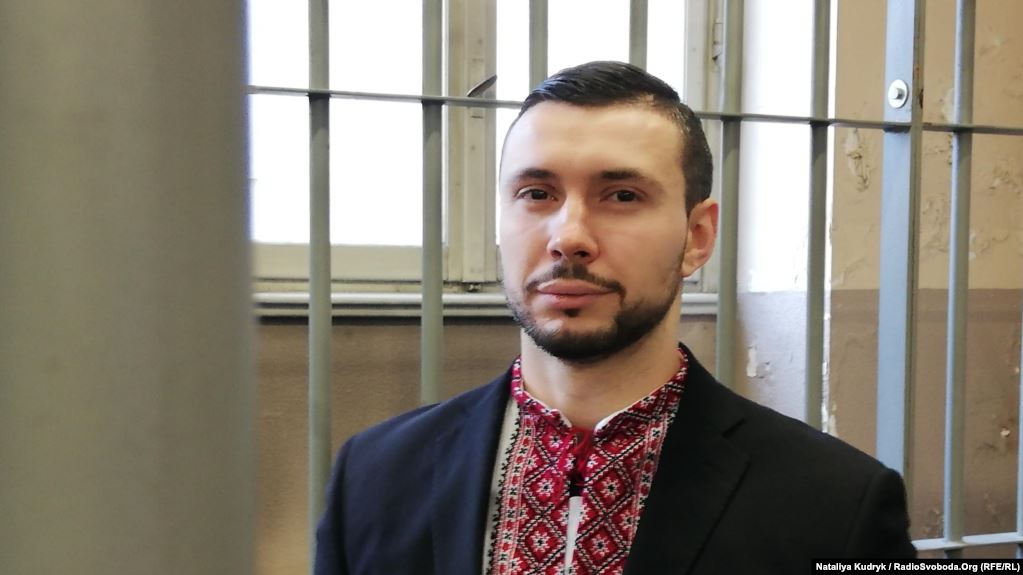 If Ukraine does not protest the 24-year sentence passed on Ukrainian soldier Vitaly Markiv and demonstrate the lack of any grounds for his conviction, “the world will hear only the message of the judges in Pavia (Italy) that “an army of criminals is fighting in Ukraine and that Russia is ‘liberating’ the territory from criminals”.

This stark warning comes from Raffaele Della Valle, one of the two lawyers defending Markiv convicted by a Pavia court on 12 July 2019 of ‘involvement’ in the death during the first months of the war in Donbas of 30-year-old Italian photojournalist, Andrea Rocchelli (and his Russian interpreter, Andrei Mironov.

In a Radio Svoboda interview, the lawyer explained that the justification part of the verdict and 24-year sentence is due in a few weeks.  It is only after this that the defence will be able to prepare for the appeal hearing.

Della Valle urges Kyiv to use this period to carry out a serious information campaign aimed at ensuring that the truth about the case is heard in Ukraine, Italy and in other countries.  It needs to be spelled out that there is no evidence to back the charges against Markiv of involvement in the exchange of fire near Sloviansk on 24 May 2014, in which Rocchelli and Mironov were killed.

The information campaign must be on the basis of the material of the trial, and it is frustrating that the Ukrainian authorities have not even asked Della Valle for a translation of his final address to the court.  The telephone call expressing concern from President Volodymyr Zelensky is not enough, and Della Valle is convinced that Ukraine should insist that Markiv is a military prisoner since the deaths occurred in war conditions. He recommends that Ukraine’s parliament issue a statement expressing their protest over the unfair verdict.

The appeal will be heard by the Court of Appeal in Milan and Della Valle is convinced that this court should acquit Markiv give the lack of even minimal proof of his involvement in the deaths of Rocchelli and Mironov.  He says that among the other possible outcomes of the appeal hearing would be that the court instructed there to be an investigation at the scene of the tragedy in the Donetsk oblast.  This was something that the defence tried to achieve during the initial trial, but with no success.

Della Valle says that the regularly visits Markiv, who has already spent over two years in Italian detention, but who “is ready for the next stage of the struggle and believes in a positive end to the case in the Milan court”.

The sentence passed by the Pavia court was seven years longer than that demanded by the prosecution, with the latter’s demand having already seemed shocking.  Among those who were aghast at the injustice of it all was Paul Gogo, a French journalist who had been staying in Donbas, together with William Roguelon, the French journalist who was with the two men that day, and who was to be the main prosecution witness.  Gogo told TSN that he could not fathom why the Italian prosecutor had not carried out a proper investigation, why they had not come to Ukraine and why they had not summoned him and his colleagues to provide testimony.  He has said that he is willing to testify at the appeal hearing, and believes that the verdict was based on false testimony.

29-year-old Markiv is a Ukrainian National Guard soldier, but also has Italian citizenship which made it easy to arrest him on 30 June 2017, when he arrived in Italy to visit his mother.  He has been held in detention ever since, although the initial charge of murder was changed to the much more vague ‘involvement’ in Rocchelli’s death before the trial began.

Markiv may well be the only Ukrainian soldier present in Donbas in May 2014 who was also an Italian citizen who could easily be arrested while visiting the country.  There does not appear to have been any previous extradition request.  Since it is hard to imagine, given the evidence thus far revealed and the concerns expressed by Gogo, that Ukraine would have agreed to such an extradition, which makes it disturbingly convenient that Markiv could be arrested while innocently entering Italy to visit his mother.

Markiv’s knowledge of Italian did, however, explain how he came to be known to an Italian journalist Marcello Fauci.  It was the latter’s colleague, Ilaria Morani, whose article on 25 May 2014 appears to have first prompted the charges against Markiv. The article wrongly identifies Markiv as a captain of the Ukrainian Armed Forces and quotes him as warning them to stay clear of the military zone.  He supposedly went on to say: “We don’t usually shoot in the direction of the city or civilians, however where we see movement, we load heavy artillery. This is what happened to the car with the journalists and the interpreter. We shoot from here within a kilometre and a half. There is no clearly delineated front here.  It is not a war like Libya. There are actions scattered throughout the city, we await only the green light for the final attack "

The significance of the conversation is also not evident. Markiv did not say, nor could he have, that when they see unarmed journalists, they open fire, and it remains unclear how the above words could possibly be seen as incriminating, especially since Markiv was advising Fauci and, presumably, other journalists to keep away.  It is surely obvious, in conditions of war, that if you see movement, you don’t just wait to be shot at.

Neither Rocchelli nor Mironov had had official accreditation and they were not wearing clothes identifying them as members of the press. Quite the contrary, since Mironov was in camouflage trousers.

The prosecution essentially claimed that Rocchelli’s death had been murder, and that Markiv had provided information to the Ukrainian Army about Rocchelli’s whereabouts. The Italian prosecutors refused to carry out an investigation at the site of the events and also rejected Ukraine’s offer to form a joint investigative group.  The proposal came after Markiv’s arrest in 2017, and earlier reports from the trial suggest that the prosecution often acted as though it was the Ukrainian authorities who were on trial and criticized for lack of progress in investigating the deaths.  The Ukrainian Interior Ministry rejected the criticism, saying that a full investigation would only be possible after cessation of military action in the area.

During her final address on 5 July, Markiv’s other lawyer Donatella Rapetti had called for her client’s total acquittal.  She had rejected the prosecution’s assertion that the men were killed by mortar fire, and said that, in fact, the studies carried out did not make it possible to state with certainty what the weapon was that killed them, and what direction it was fired from. Rapetti stressed that Markiv’s duty as a soldier had been to inform his superiors if any suspicious individuals were approaching. The soldier had thus been carrying out orders and there had been nothing reprehensible in his behaviour.  She pointed out that according to Italy’s military criminal code, you cannot punish a military serviceman for carrying out an order since, in wartime, a soldier must obey, not start discussing orders.

William Roguelon, the French journalist who was in the taxi, but survived, has acknowledged that he did not see who was firing. He has given  conflicting accounts since the events, and there is suspicion that his assumption that the shelling came from the Ukrainian side is due to support for the militants. During their questioning in December 2018, other journalists reportedly acknowledged that they do not have direct proof of Markiv’s involvement in Rocchelli’s death.

There were many baffling aspects to this trial, not least the claim from the Italian prosecutor that Ukraine’s National Guard was an ‘illegal armed formation’ and the prosecutor’s effective denial that there was a war waging in Donbas.

There are disturbing similarities between Italy’s prosecution of Markiv and Russia’s politically motivated ‘trial’ of former Ukrainian military pilot Nadiya Savchenko. She was caught by the Russian-controlled militants in the Luhansk oblast in June 2014, and then illegally taken to Russia, where a show trial was enacted.  The charges against her pertained to the death of two Russian journalists from a Russian state-controlled channel, who were caught in cross fire and killed shortly after she was taken prisoner. Russia claimed that she had climbed a television tower and with the help of sophisticated technology which was never produced at the ‘trial’, had informed Ukrainian soldiers of the exact whereabouts of the two journalists. Savchenko’s imprisonment and eventual 22-year sentence were internationally condemned as politically motivated.