Ukraine’s SBU must not help Russia persecute an asylum-seeker 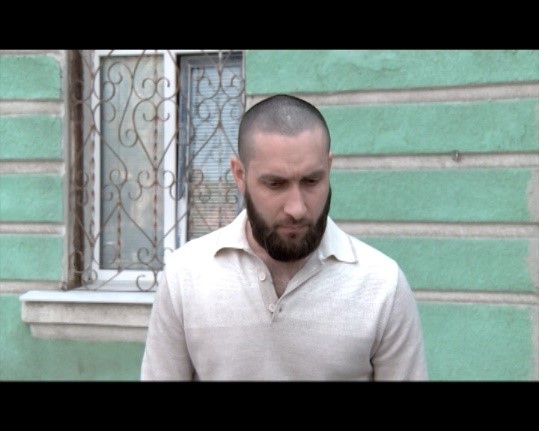 Ukraine’s SBU are yet again demonstrating baffling readiness to help the Russian FSB even where the Russian citizens whose extradition Russia is seeking appear to be victims of persecution, like the many Ukrainian political prisoners illegally held in Russia or occupied Crimea.

33-year-old Amkhad Ilaev came to Ukraine legally in 2008, fleeing persecution in Russia.  Three of his brothers had been killed by the enforcement bodies in Chechnya and he had every reason to fear for his life.  He still does, and has applied for political asylum in Ukraine.  This is one of the reasons why Ukraine must not extradite him to Russia, but there are others, equally compelling.  They include the fact that Ilaev was in Ukraine at the time that the FSB claim he committed a crime in Russia.

Ilaev settled in Kharkiv oblast back in 2008, and now has a wife and two children. He had already been in Ukraine for some time when the Russian Investigative Committee initiated criminal charges against him.  He is accused of killing five members of a Russian-speaking family in Chechnya in August 2009.  As Anwar Derkach, a Ukrainian journalist closely following events in the North Caucuses, points out, it is typical for the Russian security service to come up with such serious charges which enable them to get a person placed on the wanted list, and to ensure that INTERPOL issues a Red Notice.  This is clearly what happened to Ilaev in Ukraine, and he is now held in the Kharkiv SIZO [remand prison] pending a decision on Russia’s extradition request.

The first reason for turning such a request done should in itself be sufficient.  As one of Ilaev’s lawyers, Ivan Anhelin explains, they went to the village where Ilaev now lives.  During the period in question, he was present at a wedding in the area, and helped one of his neighbours on his land.  As well as ascertaining that all the villagers spoke highly of Ilaev who plays an active role in the community, the lawyers thus also established that he had been in Ukraine at the time of the crime and could not have committed it.

It is particularly worrying that Anhelin carried out an extensive search for any evidence that INTERPOL had added Ilaev to their database.  He found none, despite the claim from Ukraine’s law enforcement bodies that Ilaev was detained in March this year on the basis of an INTERPOL red notice.  Anhelin emphasises that neither in March 2019, nor at the present time, was Ilaev in the INTERPOL database.

There are thus no grounds for the criminal charges against Ilaev, and for his detention in Ukraine.  It is deeply disturbing that he should have been detained at all, and that Ukraine could be on the point of extraditing him to a country where he faces, as a minimum, torture and an unjust trial for a crime he could not have committed.

Anhelin stresses that both Ilaev and his brothers, who were killed, took a clear position in support of Chechen independence and against the current regime in Chechnya under Ramzan Kadyrov.  It seems very likely that Ilaev’s views are the real reason for his persecution by the Russian authorities.  As Boris Zakharov from KHPG points out, Russia is guilty of a humanitarian catastrophe in Chechnya  with constant purges, violent disappearances, murders and torture. It is such treatment that forced many people to flee the Russian Federation and seek asylum in other countries.

Russia’s use of fabricated prosecutions to justify continued persecution even when its citizens are living abroad is clearly seen in this case, making it impossible to find any good explanation for the sinister degree to which the SBU, and under its pressure, other Ukrainian authorities, appear to be complicit.