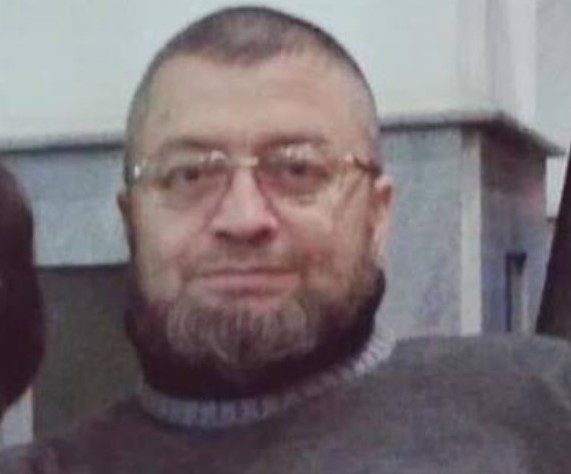 58-year-old Dzhemil Gafarov suffers from chronic kidney disease and is in a critical condition in a Russian SIZO [remand prison], yet his wife and lawyer have to fight for the recognized political prisoner’s right to receive any medical treatment or to even have the medicine that his family are providing given to him.

Gafarov, who is by profession an engineer, is one of the 24 Crimean Tatar civic activists arrested in occupied Crimea on 27 March 2019 and immediately taken to prisons in Russia.  Gafarov is in SIZO No. 5 in Rostov-on-Don, where, according to his lawyer Rifat Yakhin, he has twice been examined by doctors, although only after court battles, and with the ‘doctors’ concluding that there was no reason for Gafarov to not be in detention.

This may be what the doctors were expected to say, but it is hardly true.  The kidney disease is in itself very serious, and in 2017 caused Gafarov to suffer a heart attack. Raziye Gafarova explains that the kidney disease means that her husband is experiencing a permanent state of blood poisoning, and this in the appalling conditions of a Russian SIZO.

She and Yakhin were forced to take the SIZO administration to court twice simply in order to get them to carry out a medical examination of Gafarov and to pass on the medicine that the family obtained for him.  The first medical was extremely sloppy, Raziye Gafarova says.  It lasted exactly one hour and consisted mainly of just measuring Gafarov’s blood pressure and asking him various questions. His lawyer was not shown the results, and they therefore applied to the court again for a proper medical examination.  The second time, he was taken to a hospital in Rostov where the examination was over two days, during which he was chained to the bed with handcuffs and ‘guarded’ by around 10 armed men.  Yakhin reports that the blood tests were not taken at the proper time, i.e. in the morning, before any food or drink, but later in the day, after food.  The kidney specialist was so alarmed by the armed ‘guards’ that he preferred to ‘examine Gafarov’ from the doorway.  The result of such a farcical ‘examination’ was that his diagnosis was confirmed and he was sent back to the SIZO.

He has been taken ill in the SIZO several times, with blood tests showing a 400 count of creatine  The SIZO medical staff clearly understood the severity of his condition as he was taken to a clinic attached to one of the prisons. However there he was told that the clinic did not have a kidney or a heart specialist and that they accordingly lacked the right medication, and he was simply sent back to the SIZO.  The latter is still only issuing him some of the medication, that which was prescribed during the medical.  This means that, despite his serious condition, the only treatment he is receiving is aimed solely at reducing intoxication of his organism.  The failure to even hand him all the medication provided by his family is resulting in new and alarming symptoms.  During Yakhin’s visit in September, Gafarov complained that his legs were swollen and he has gout.

Raziye Gafarova explains that her husband has fourth stage kidney disease which is only a step away from the fifth, namely kidney failure.  He has only 15-17% filtration of the kidneys and he urgently needs to be on a dialysis machine.

Everything about Gafarov’s treatment is shocking, but the fact that he was chained to a bed and surrounded by armed men is also profoundly cynical.

Gafarov and the other civic activists arrested on 27 March are certainly facing charges that can appear serious.  However the ‘terrorism’ that all of these law-abiding Crimean Tatars are charged with pertains solely to allegations that the men are members of the peaceful Hizb ut-Tahrir movement which is legal in Ukraine.  Not one of the men is accused of anything that would constitute a crime in democratic countries, and Russia’s Supreme Court passed its ruling declaring Hizb ut-Tahrir ‘terrorist’ secretly and has never provided an adequate justification for the ruling.

On 27 March 2019, the Russian FSB and other enforcement agencies arrested 24 Crimean Tatars, almost of all of whom are members of Crimean Solidarity and / or civic activists.  Judging by initial reports, such as that of lawyer Emil Kurbedinov, it seems likely that they planted ‘prohibited literature’ during their ‘searches’ of these homes.  Four men were not at home, however three of them (civic journalists Osman Arifmemetov and Remzi Bekirov, as well as activist Vladlen Abdulkadyrov  were seized and violently beaten that evening.  It seems likely that the FSB had planned this case with 24 ‘defendants’, so when the 24th man,  Edem Yayachikov, was (seemingly) not found, they arrested another activist, Rayim Aivazov instead.

Memorial HRC pointed out that “in not one of the criminal prosecutions that we are aware of, that have resulted in more than 250 Muslims being imprisoned, has there been any sign of terrorism, or even of plans or discussion of terrorist acts or the use of weapons”.