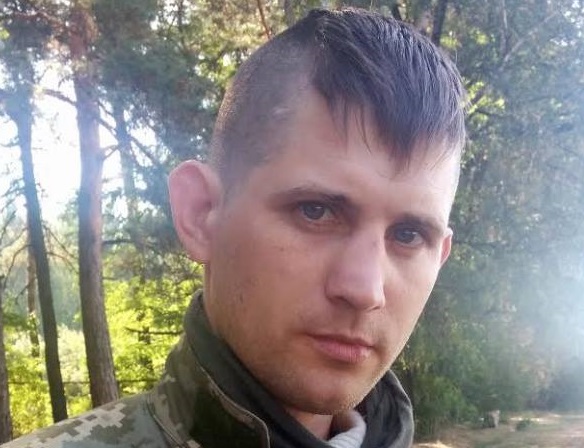 Almost five years after Russian ‘Cossacks’ fighting in Donbas took Ukrainian tank commander Bohdan Pantyushenko prisoner, the self-proclaimed ‘Donetsk people’s republic’ [DPR] has sentenced him to 18 years’ imprisonment.  It would seem that the ‘special status’ that Russia is demanding for its proxy ‘republics’ in Donbas includes a carte blanche to violate international law, including the Third Geneva Convention.  This specifically prohibits the criminal prosecution of prisoners of war for their part in hostilities, yet the so-called ‘DPR prosecutor general’ has done just that and is even claiming that this travesty of a sentence “has come into legal force”.

Pantyushenko (nom de guerre Bronya, or armour], a tank commander from the First Tank Brigade, was taken prisoner on 18 January 2015.  His wife, Viktoria received a call that same day from the ‘Don Cossacks’ who said that they had captured him.  She then heard nothing for two months until a Russian resource in March 2015 published an article which reported that husband was held by the so-called Cossack chieftain of the Don Cossack Host, Yuri Safonenko.  A few weeks later, the typical video was released, showing the imprisoned men, which at least meant that their families knew that they were alive.

Viktoria has had virtually no contact, even by letter, with her husband, and most of the little information she does have, came from Ivan Lyasa, who was taken prisoner with Pantyushenko and then released in the exchange on 27 December 2017.  According to Lyasa, during the first three months, the men were brutally beaten and tortured by Safonenko’s ‘Don Cossacks’, only being moved to the seized SBU [Security Service] building in April 2015.

It became clear after his release how the men had been taken prisoner. Pantyushenko was tank commander who, together with two members of his team – Lyasa and Dmytro Kostetsky, set out on a military task not far from Donetsk Airport which was the scene of fierce battles.  Pantyushenko and his men were supposed to blow up Putylivsky Bridge, together with armed equipment and ammunition.  Their tank, however, came under attack and the three men were taken prisoner.

The militants have now ‘sentenced’ him to 18 years’ imprisonment, claiming that the military operation during active warfare was, instead, ‘training in carrying out terrorist activities’; violent seizure of power; and sabotage.

This is the second horrifically long ‘sentence’ passed on a prisoner of war in so many days, with Volodymyr Voskoboinyk sentenced to 30 years’ imprisonment on equally surreal charges.  It is to be hoped that these supposed ‘convictions’ are preludes to the men being part of an exchange, however at this stage that is only speculation.  What seems quite clear is that the militants, and Russia who provides them with military equipment and ammunition and controls their movements are using their unrecognized puppet ‘courts’ for parodic ‘sentences’ in flagrant violation of international law.