Silence abets Russia in torturing and risking the lives of Ukrainian hostages and POWs in occupied DonbasRussia needs sham "referendums" on occupied territory to forcibly mobilize Ukrainians as cannon fodder Russia claims Ukraine ‘abducted’ the Sri Lankan students freed after months in Russian captivity Crimean Tatar political prisoner sentenced to 11 years for "kitchen conversation" about religion and politics Russia wants 64-year-old Crimean Tatar to die in prison for refusing to collaborate in occupied Crimea Ukrainian POWs threatened with execution if they won’t blame Ukraine for Russia’s bombing of MariupolRussia sends forcibly mobilized Ukrainians from occupied Donbas to die as ‘live bait’ at the frontlineOpposing the Orwellian State. Anti-war activities in Russia, 27 July-5 AugustPregnant Ukrainian medic held in Russian captivity for four months REPORT on the results of a study of court decisions on release from prisons due to illness “He lay on the sidewalk, naming towns and cities in Ukraine”. A digest of anti-war activities in Russia, 23-29 JulyRussian FSB threaten and beat imprisoned Crimean journalist and human rights defender Iryna DanilovychRussian prisoners offered big money and ‘amnesty’ to kill for Russia in Ukraine Russia is waging a bloody war against Ukrainian childrenEffective death sentence against veteran Crimean Tatar activist for opposing repression in Russian-occupied Crimea Former HR Ombudsman Lyudmyla Denisova on her dismissal, 4 years of work, Ukrainians in occupied areasLarge protest in Russian-devastated Mariupol after pensioners die trying to find drinking water Covert mobilization and Ukrainian conscripts from occupied Crimea sent to die in Russia’s war against Ukraine Russia removes last doctors after destroying Mariupol and causing humanitarian disaster ‘There were more than fifty bullets in the body of a friend’
• Topics / The right to life
• Topics / Penal institutions 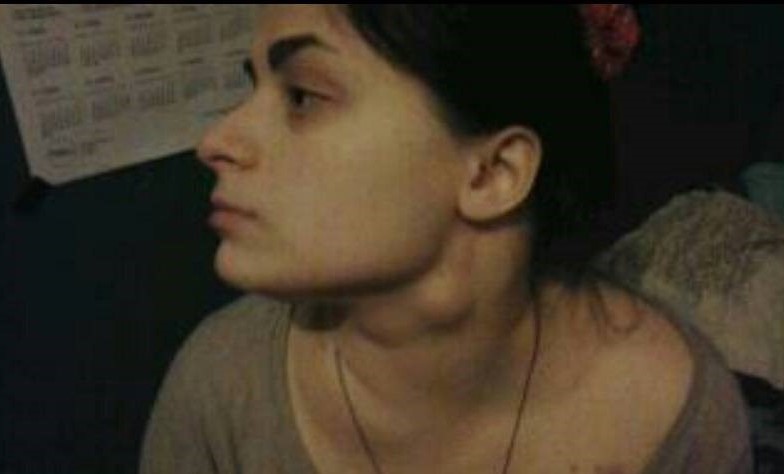 A young woman suffering from a serious oncological illness has been beaten and deprived of life-saving medical treatment after she successfully upheld her right to such care at the European Court of Human Rights.  Such reprisals by prison doctors and other staff at the Dnipro Prison Colony No. 4 have led to a dangerous deterioration in Anna Solopova’s condition.  They also, as Solopova’s lawyer, Hennady Tokarev points out in an open letter to President Volodymyr Zelensky and other Ukrainian leaders, do nothing to improve Ukraine’s standing in the world.

Anna Solopova is an orphan with invalid status since childhood.  In her teens, she got into bad company and began stealing.  She was arrested, when just 19, in July 2017 and despite this being her first offence, was sentenced to four years’ imprisonment.

It was in the Dnipro Colony No. 4 that she was finally diagnosed with cancer, requiring chemotherapy.  Even this diagnosis was made dangerously late on, after doctors initially decided that she had tuberculosis.  The chemotherapy obviously needed to be administered at a special hospital, yet Solopova was not taken there, with the prison claiming that they lacked the means of transport.  Despite acute pain and a high temperature, no measures were being taken to save her life.

On 27 June 2019, ECHR issued a judgement (in the case of Solopova v. Ukraine), finding Ukraine in violation of Article 3 of the European Convention on Human Rights (the prohibition of torture and ill-treatment)  over the failure to provide Solopova with proper medical treatment.  The Court had intervened earlier, and since April 2018, the young woman was receiving adequate medical care from doctors at the Dnipro Clinical Oncological Dispensary.

On 3 October 2019, Tokarev addressed his open appeal to Zelensky after Solopova was finally able to telephone and inform him of recent developments.  On 30 August, she was suddenly moved to another prison (Kamyanska Prison Colony No. 34).  Before being placed in the convoy vehicle, several prison staff attacked her and savagely beat her with bats.  The resulting injuries were recorded by the medical unit of the new prison, and a report on them drawn up.

Unfortunately the first prison’s reprisals against a young woman who defended her right to live with the court in Strasbourg did not end there.  In the new prison’s medical unit, the staff said that they had not received her medical records from Dnipro Prison Colony No. 4, and that they knew nothing about any treatment for cancer.  This resulted in a dangerous delay of over a month, with Solopova’s condition seriously deteriorating.  Tokarev reports that the tumours on her neck have once again begun growing, and her fever is not abating.

Tokarev stresses that such barbaric treatment of the young woman by prison staff and totally disregard for her rights, including the very right to life, can in no way enhance Ukraine’s image as a country which declares its adherence to fundamental human values and commitment to European integration.

On behalf of a young woman whose life is on the line, Tokarev asks the Office of the President, the Minister and Deputy Ministers of Justice, and the Head of the Penitentiary Service to intervene and ensure that Solopova receives the medical treatment needed to save her life.  He also stresses that his appeal should be viewed as formal notification of the criminal offences committed against Solopova in the course of this (unexplained) transfer from Dnipro Prison Colony No.. 4