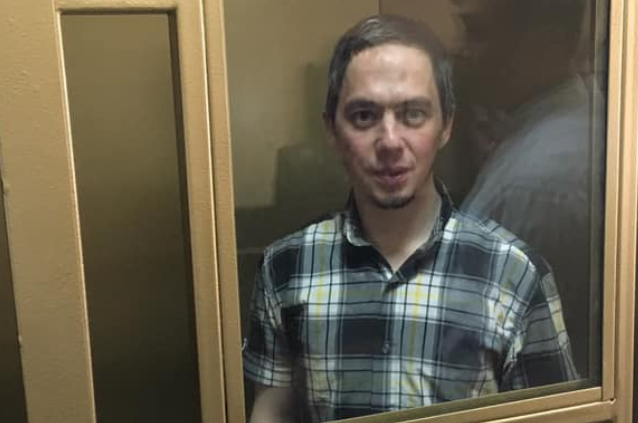 A ‘pre-investigation check’ has been ordered in Russian-occupied Crimea after a ‘prosecution witness’ in the trial of Crimean Tatar political prisoner Enver Seytosmanov stated in court that FSB officers had used physical and psychological pressure to force him into giving false testimony.  The preliminary investigation is only under the article on exceeding powers, rather than torture, and is very unlikely to end in anybody being held to answer.  It is still, however, important in highlighting the methods which have almost certainly been used to obtain ‘evidence’ in fatally flawed trials of Ukrainian Muslims from Crimea.

During the hearing on 21 August in Rostov-on-Don (Russia), the prosecution called Ruslan Bekirov as witness for the prosecution.  The hearing did not, however, go as planned since Bekirov found the courage, not only to retract false testimony which had been tortured out of him, but to lodge a formal complaint over such methods.  On 16 October, Seytosmanov’s lawyer, Emil Kurbedinov announced that he had received a response to this complaint from the Military-Investigative Committee acknowledging “indications of a crime” in the actions of the FSB officers.  The response has also been added to the case material.

As mentioned, this is not the first time that ‘witnesses’ have indicated that they gave testimony under duress.  It is likely that the first ‘trial’ of human rights activist Emir-Usein Kuku and five other Ukrainian Muslims was stopped because a ‘secret witness’ was identified, with there being strong grounds for believing that the person in question was subjected to torture.  This time, however, a formal complaint has been lodged, with that forcing the Russian Investigative Committee to react.

Such retractions are also vital since, as Kurbedinov has pointed out, there is no proof at all in the indictment of Seytosmanov having any link to terrorism, and the entire document is couched in expressions like “under unknown circumstances”, “at a time that has not been established”, etc.  The charges against him are solely linked with the unproven claim that he is involved in Hizb ut-Tahrir, the peaceful pan-Islamist movement which is legal in Ukraine, but which Russia, for reasons which it has never adequately explained, has declared ‘terrorist’.

Enver Seytosmanov, who is now 33, was detained on 10 May 2018, together with his brother Ernes, after an armed search of their home in occupied Sevastopol. His brother was later released, however he was remanded in custody on ‘Hizb ut-Tahrir charges’, allegedly linked with the first Hizb ut-Tahrir trial of four Crimean Tatar political prisoners, including Seytosmanov’s cousin Nuri Primov.

It is known that the four men now imprisoned in Russia did not help the FSB, and that Ruslan Zeytullaev was positively threatened with new criminal charges for not ‘cooperating’.

The charges are typically based solely on a conversation which the FSB’s obliging ‘experts’ will claim proves that the participants are members of Hizb ut-Tahrir.  Such proof thus far has ranged from the assertion by an ignorant ‘expert’ that a word that is commonly used by Crimean Tatars is an indicator that the person who used it is from Hizb ut-Tahrir to conversations over a cup of tea in which religious and political subjects were discussed.  No ‘terrorism’ or any crime at all, just discussion that some individual without any in-depth understanding of Islam will say ‘means’ that the person is from Hizb ut-Tahrir.

Judging by the FSB’s use of torture to obtain ‘evidence’, the ‘proof’ in Seytosmanov is almost certainly questionable, however he is now charged with the more serious charge of ‘organizing’ a group.  Why this changed from ‘involvement’ is not clear, however Kurbedinov notes that the SIZO, or remand prison in Simferopol gave Seytosmanov a very negative assessment, probably in revenge for his formal complaints about their treatment and failure to provide medical care for a chronic medical condition. It could equally be that the FSB are now revenging themselves for the difficulties the case has caused by making the charges so high.

Russia is now prosecuting or has already imprisoned at least 55 Ukrainian Muslims (almost all of them Crimean Tatars) on Hizb ut-Tahrir charges.  The Memorial Human Rights Centre considers all those facing such charges, including Seytosmanov, to be political prisoners.  There is absolutely no evidence, anywhere in the world, of any terrorist activities carried out or even advocated by Hizb ut-Tahrir.  A Memorial expert, Vitaly Ponomaryov believes that Russia may have declared the organization terrorist to make it easier to extradite people to Uzbekistan where they almost certainly faced religious persecution and torture.

With respect to all cases in occupied Crimea, the Memorial HRC has not even waited until sentence is passed before declaring the defendants political prisoners, and has repeatedly pointed to the fact that Russia has no right to apply its legislation on occupied territory.