Who are NABU detectives following at the European Court of Human Rights? 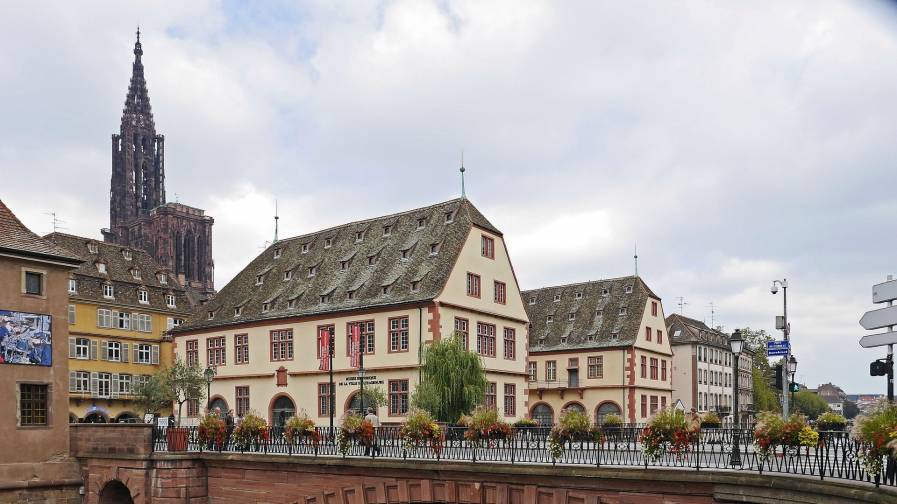 Yes, Dear Reader, the National Anti-Corruption Bureau of Ukraine (NABU) is already following somebody or other in Strasbourg! A NABU detective, Serhiy Rokun, together with a colleague whose identity needs to be verified, flew from Kyiv to Frankfurt on the same plane as NABU Director, Artem Sytnyk and his First Deputy Hizo Uhlava. Later Mr Rokun couldn’t resist broadcasting his presence in Strasbourg by posting his photo on Instagram against the background of the spire of the renowned Strasbourg Cathedral. You can see it below.

Just like ‘Petrov’ and ‘Boshirov’, the lovers of architecture, marvelled over the spires of Salisbury Cathedral!

According to a source, Artem Sytnyk personally confirmed the carrying out of surveillance in the European Court.

According to another source, an internal inquiry has been initiated in the relevant body of the Council of Europe over these illegal activities.

NABU’s actions are unprecedented, with nobody ever having daring to do something like that. The European Court of Human Rights enjoys international immunity. To carry out such investigative activities, it is not enough to have a court warrant (and what Ukrainian judge would dare to give such a warrant?) Carrying out investigative activities outside Ukraine, and in connection with a serious international court body is inadmissible. Such actions are, thus, unquestionably unlawful and criminal.

The consequences of this story could be appalling, they are even difficult to foresee. In my opinion, this unlawful surveillance can be classified as spying. This could have impact on the attitude to Ukraine in the Council of Europe, in particular, in the European Court of Human Rights. Consideration of thousands of applications from Ukrainians against Ukraine is jeopardized, as well as five international cases of Ukraine vs. Russia over the occupation of Crimea and parts of the Donetsk and Luhansk oblasts.

The question is: who is using NABU to once against drag Ukraine into an international scandal which will discredit the Ukrainian state, and why?

Read the following story: NABU’s unlawful actions could result in Ukraine being accused of pressure on European Court of Human Rights