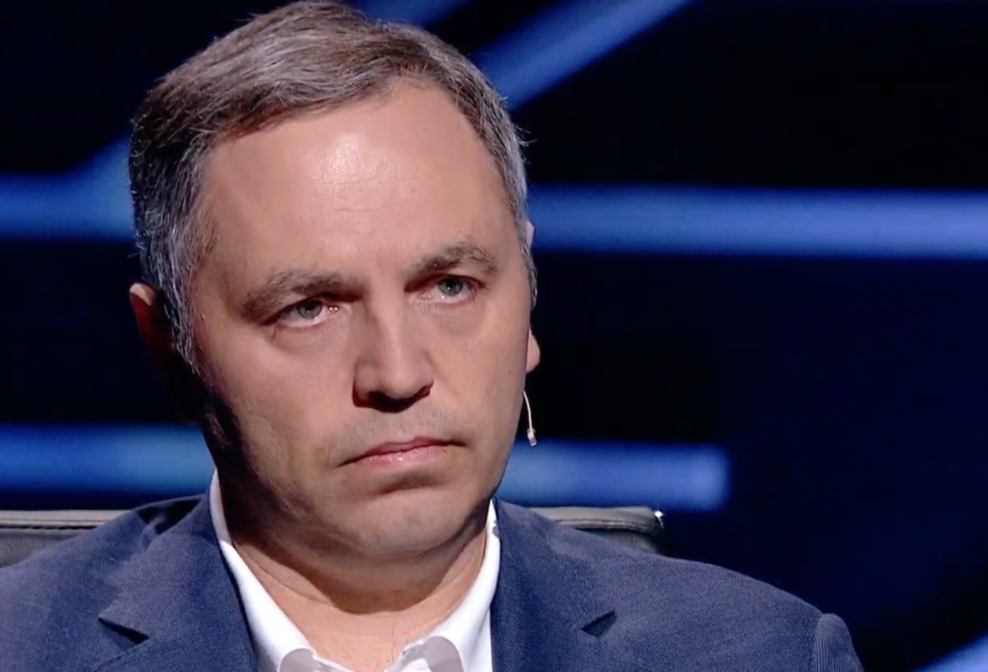 Controversial politician Andriy Portnov has published personal data of journalists from the Skhemy: Corruption in Details program carrying out an investigation into his alleged links with people in government and is threatening more ‘disclosures’.  His view that the journalists are engaged in illegal activities is rejected by the Ukrainian Journalist Association and by Radio Free Europe / Radio Liberty which is one of the co-founders of the Skhemy program.

Portnov is a former adviser to ex-President Viktor Yanukovych and First Deputy Head of his Presidential Administration.  He is also a lawyer with considerable experience of filing and very often winning defamation and other law suits.  It is surely telling, therefore, that on this occasion he has chosen to use threats and intimidation against journalists carrying out their work, rather than approaching the courts or law enforcement bodies.

On 31 October, Portnov published personal data of the driver for a Skhemy filming crew, and threatened to continue doing so with respect to other members of the team.  He also accused Radio Svoboda (the Ukrainian Service of RFERL) of ‘megalomania’ and of circulating inaccurate information.  He did not choose to explain why he was not using the legal avenues at his disposal in the case of false information.

Radio Svoboda reported that both the Skhemy team and lawyers consider that Portnov is in direct breach of Ukrainian legislation.  In a statement, Skhemy explained that in their view, the subject of Portnov’s influence and his links with people in power is of public importance, and he himself is a public figure.  They therefore have no intention of succumbing to pressure exerted through publication of journalists’ personal data and terminating their work.   Their lawyers believe that Portnov’s behaviour has violated both the Personal Data Act and Ukraine’s Criminal Code.

Article 6 of the Personal Data Act stipulates the cases where personal data can be legitimately revealed.  None can justify Portnov’s divulgence. On the contrary, revelation of private details can place a journalist in danger, and also sends a potentially threatening message to the journalists’ sources.  Portnov’s actions are clearly aimed at exerting influence on journalists and could therefore fall under Article 171 of the Criminal Code which prohibits obstructing journalists in carrying out their professional activities.

Portnov reacted to the Skhemy statement by issuing new threats to divulge personal data on his Telegram page.  The message is really quite menacing.  He threatens that the next time he will act “even more clearly and creatively” and leaves no doubt that he will divulge not merely car numbers and addresses, but also “biographies”.  He also invites others to behave in the same way with respect to what he again claims, without providing any evidence, is “unlawful activities”.

Later on 2 November, Jamie Fly, President of RFE/RL, issued a statement condemning Portnov’s disclosure of personal data which he referred to as “the recent harassment of journalists and staff of the program Skhemy (Schemes) of our Ukrainian Service,"  "It is unacceptable and, it also seems, unlawful for anyone in Ukraine to disclose personal information, threaten physical harm, or otherwise put pressure on journalists because of their professional activities."

Fly also urged the Ukrainian authorities to "hold accountable those who commit actions that undermine the public’s belief in Ukraine’s commitment to freedom of expression."

Serhiy Tomilenko, head of Ukraine’s National Union of Journalists, called it outrageous and unacceptable to put pressure on media workers, publish personal data, threaten them with violence or try to pin labels on them.

Portnov left Ukraine in 2014, living first in Russia, then in Vienna.  He timed his return to Ukraine for the eve of Volodymyr Zelensky’s inauguration as President and immediately began filing various law suits or claims to Ukraine’s State Bureau of Investigations.  The latter included allegations of ‘state treason’ against former President Petro Poroshenko, with Portnov claiming that Poroshenko had essentially ‘provoked’ Russia’s attack on three naval boats in November 2018 and seizure of 24 Ukrainian prisoners of war.

In October this year, Larysa Holnyk, the Poltava judge who faced persecution and a physical attack after exposing corruption, published  details of what she understood to be an attempt to involve her in a politically-motivated criminal investigation against former Ukrainian President Petro Poroshenko.  The story highlighted concerns regarding the role played by the recently created State Bureau of Investigations [SBI], Andriy Bohdan, the highly controversial head of the President’s Administration and Portnov, Bohdan’s long-standing friend (details in English here).