Victory for Ukraine means Russia must answer to UN court, including over MH17 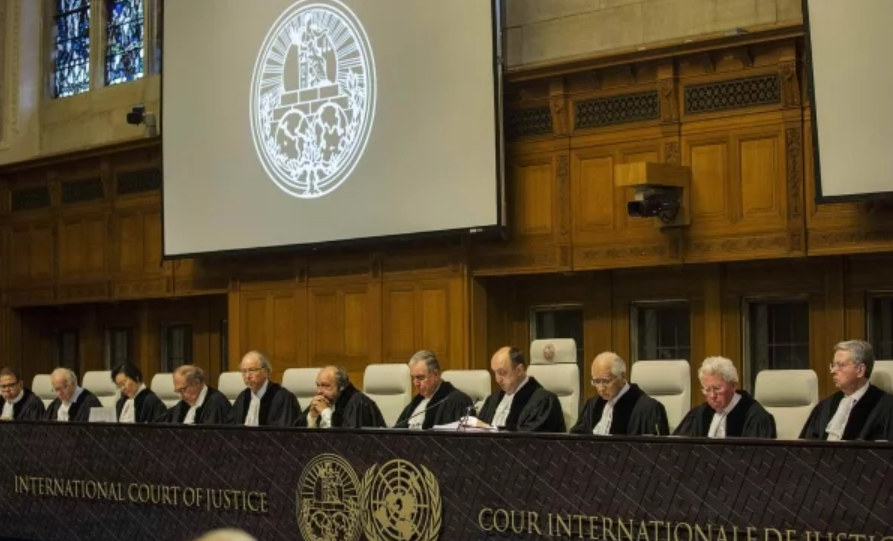 The UN’s International Court of Justice on 8 November rejected all of Russia’s objections and confirmed that it does have jurisdiction in both suits brought by Ukraine against Russia over violations of two international treaties..  This is a critical victory with major impact for victims of discrimination in occupied Crimea and, potentially, for a future international tribunal over the downing by a Russian Buk missile of Malaysian airliner MH17 over occupied Donbas on 17 July 2014.

Olena Zerkal, the Deputy Foreign Minister and head of Ukraine’s delegation to ICJ, says that “this is the first time in history that Russia will be answerable, on all our accusations, including MH17. Over the Boeing [disaster] this is an extremely important decision. It means, in fact, that Russia will bear liability and will have to explain itself before the International Court over providing weapons to Ukraine and over what happened. That could have impact on further questions regarding the creation of a tribunal within the framework of the UN Security Council”.

During both the preliminary hearings in March 2017 and hearings in June 2019, the Russian delegation insisted that the Court did not have jurisdiction in the case. After the four days of hearings in March 2017, the Court on 19 April agreed that it had prima facie jurisdiction over Ukraine’s claims under both conventions.  It also agreed to Ukraine’s request for provisional measures with respect to the allegations of discrimination and ordered that Russia withdraw its prohibition of the Mejlis of the Crimean Tatar people and facilitate education in the Ukrainian language.  Russia has totally flouted these orders, although it had previously stated that it would comply with the Court’s decision.

Since the Court, by an overwhelming majority, has finally determined that it has jurisdiction, Russia will have to answer also over its failure to comply with the Court’s orders.

In arguing that the Court could not adjudicate in this case, Russia claimed, most cynically,  that Ukraine had not exhausted all remedies with respect to discrimination against Crimean Tatars and ethnic Ukrainians in occupied Crimea.  There are essentially no remedies, certainly none that would not force Ukraine to do what it cannot under any circumstances, namely accept in any way Russia’s occupation of Crimea.

Ukraine’s position in this case had been carefully prepared to fall within the Court’s jurisdiction.

With respect to the International Convention for the Suppression of the Financing of Terrorism:

It respectfully asked the Court “to adjudge and declare that the Russian Federation, through its State organs, State agents, and other persons and entities exercising governmental authority, and through other agents acting on its instructions or under its direction and control, has violated its obligations under the Terrorism Financing Convention by a number of specific actions.  These included, among others, supplying funds, including in-kind contributions of weapons and training, to illegal armed groups that engage in acts of terrorism in Ukraine; failing to prevent such funds and failing to investigate, prosecute, or extradite perpetrators of the financing of terrorism.

Ukraine has asked the Court to adjudge and declare that the Russian Federation bears international responsibility, by virtue of its sponsorship of terrorism and failure to prevent the financing of terrorism under the Convention, for the acts of terrorism committed by its proxies in Ukraine, including:

(a) the shooting down of Malaysia Airlines Flight MH17;

(b) the shelling of civilians, including in Volnovakha, Mariupol, and Kramatorsk; and

(c) the bombing of civilians, including in Kharkiv.

The Court found, with a majority of 15 to 3 (counting the Russian ad hoc judge), that it has jurisdiction.

This does not mean that it will later find in Ukraine’s favour with respect to violations of this specific Convention, however it is undoubtedly a very important step.  Russia will have to answer over the considerable weight of evidence backing Ukraine’s allegations, including over MH17.

With respect to the International Convention on the Elimination of All Forms of Racial Discrimination:

Ukraine respectfully asks the Court to declare that the Russian Federation has systematically discriminated against and mistreated the Crimean Tatar and ethnic Ukrainian communities in Crimea.  It asks it further to order Russia to comply with its obligations under the Convention.

Here there was near unanimous agreement that the Court had jurisdiction, with only the Russian ad hoc judge, Leonid Skotnikov, voting against.   Although in principle the Court could have decided even now that it did not have jurisdiction, it had already imposed provisional measures.

Although examination of all the evidence is likely to take several years and ICJ does not have instruments to force Russia to comply even with those orders it has already flouted, let alone others, this is still an enormous step forward.

Russia has consistently blocked an international investigation into MH17 and has tried to deny any authority to the International Criminal Court.  ICJ is the official judicial organ of the United Nations, which Russia has been a member of from 1945.  It cannot now turn around and say that it won’t accept its authority. A judgement against Russia would also be a strong argument against those politicians in other countries who have expressed willingness to make deals with Russia involving at least Ukraine’s tacit acceptance of Russian rule in Crimea, as well as willingness to accept Russia’s false narrative on the war in Eastern Ukraine.