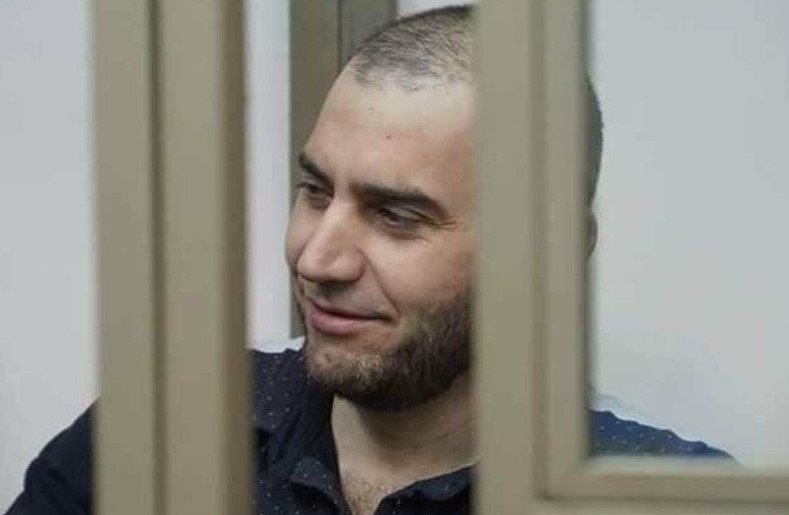 48-year-old Crimean Tatar Muslim Aliev has been sentenced by a Russian court to 19 years’ imprisonment despite the lack of any evidence that he has either committed a crime or planned to do so.  The fabricated charges against him and five other Ukrainian Muslims have prompted Amnesty International to call all six men prisoners of conscience and the Memorial Human Rights Centre to recognize them as political prisoners.

In Aliev’s case, it is unfortunately likely that his arrest on 11 February 2016 and the monstrous sentence passed on 12 November 2019 are linked to his religious independence from the Muftate of Crimea.  While most Crimean Tatars did not support Russia’s annexation of Crimea, the Mufti, Emirali Ablaev chose to collaborate with Moscow.  Ablaev received, in return, status as the only source of ‘correct’ Islam in Crimea and has reportedly sought to strengthen this position by reporting those whose independence he viewed as a threat.

Aliev has two adult daughters and two sons who are still fairly small.  His eldest daughter has had disability status since childhood and needed expensive medical care.  To pay for this, Aliev often held down three jobs at one time.

From 2005, he was, however, also an active member, even the informal leader, of the ‘Alushta’ Muslim Community and, at the request of the community, often led Friday prayers and delivered sermons.  He was often invited to organize burials and ritual prayers, as well as to administer weddings.  The Community’s independence had brought it into conflict on many occasions with the Muftiate and Aliev’s wife, Nadzhiye, believes that this was the reason for his arrest.

It was in connection with Aliev’s arrest, as well as that of human rights activist Emir-Usein Kuku, that Amnesty International first expressed concern over Russia’s so-called ‘Hizb ut-Tahrir cases’ in occupied Crimea.  These are profoundly flawed prosecutions in which men are accused of involvement in Hizb ut-Tahrir, a peaceful pan-Islamist movement which is legal in Ukraine and is not known to have committed any act of terror or violence anywhere in the world.  Russia once declared it ‘terrorist’, almost certainly on political grounds, and now uses that Supreme Court ruling to imprison men who have committed no crime for up to 24 years.

The armed searches in the early morning of 11 February 2016 were of unprecedented brutality.  Armed and often masked men burst into homes where children were sleeping and made absolutely no effort to minimize the psychological trauma the children experienced.

Nadzhiye Alieva says that armed men burst into their home in Verkhnya Kutuzovka at around 6.30 a.m.  Four men with machine guns pushed Muslim Aliev to the floor with his hands behind his back.  7-year-old Seidali and his 13-year-old brother Ilyas were in the room.

They were supposedly looking for drugs, weapons and ammunition, but found – and took away – only books, as well as Aliev himself.  Nadzhiye recalls that one of the men asked another whether the Koran is a terrorist book.  Having been told that they were ‘allowed’ that book, the man simply flung the Koran onto the floor.

“I went up to them, and said “I understand that for you nothing is sacred, but let me at least put the Koran on the table”, she recalls.  They told her that wasn’t allowed.  She had the feeling  that they were deliberately trying to provoke them.

Seidali was especially traumatized and for months refused to sleep in the room where the men waving machine guns had forced his father to the ground.  He later had to endure the same, when the FSB appeared again on 19 July 2018, this time searching the house because of a Facebook picture which his 21-year-old sister Gulsum had merely reposted.  Gulsum Alieva was doubtless targeted because she had been active since her father’s arrest in the Crimean Solidarity civic initiative which helps political prisoners and their families and circulates information about the ongoing spiral of repression in Crimea.

According to Aliev’s lawyer, Sergei Legostov, the only ‘evidence’ against Aliev and the five other men is a linguistic-religious ‘expert assessment’  of an illicitly recorded conversation “in the kitchen” where the men were discussing the situation in Russia, Ukraine, the fate of Crimea, the place of Islam in both countries and various religious postulates.  Such assessments are provided by FSB-loyal academics with little or no knowledge of Islam who have been known to claim that a word widely used in Crimean Tatar, though originally from Arabic, ‘proves’ that the men using it are members of Hizb ut-Tahrir.

On the basis of this excerpt, Muslim Aliev was accused of organizing a Hizb ut-Tahrir group (under Article 205.5 § 1 of Russia’s criminal code) as was Inver Bekirov, while Refat Alimov; Arsen Dzhepparov; Emir-Usein Kuku and Vadim Siruk were charged with taking part in such a supposed ‘group’ (under Article 205.5 § 2).