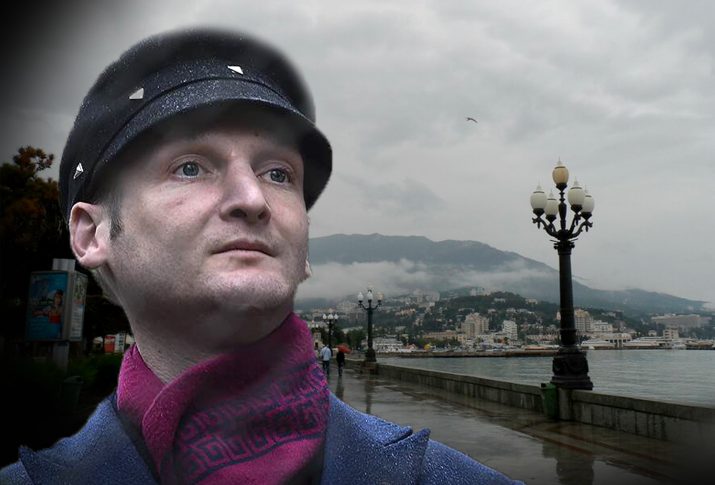 On 25 November, ‘judge’ Boris Viktorovich Gorbov from the de facto Yalta City Court fined Haivoronsky 30 thousand roubles, claiming that he had used a swearword that cannot be printed.  The post, in fact, called Putin ‘khuylo’ or ‘dickhead’.  The text, which is now unavailable, stated the following:

This was qualified as petty hooliganism under Article 20.1.3 of Russia’s code of administrative offices.

Haivoronsky’s lawyer, Alexei Ladin pointed out that there was nothing to prove that Haivoronsky was the author of the said text.  Ladin says that the ‘specialist’ questioned during the hearing even admitted that anybody can create a post on the site in question and Ladin asked that the police establish whom the Facebook page belongs to.  All of this was ignored, as was Ladin’s request for the hearing to be adjourned since Haivoronsky himself was unwell.

Ladin first reported this new administrative charge on 31 October while Haivoronsky was serving a 15-day jail sentence on equally questionable charges.  He had been accused of refusing to undergo ‘treatment’ for drug dependence.  He denies any such dependence and the court order for the ‘treatment’ came on the same day that an interview was published in which Haivoronsky called for Crimea “to be saved from Russia”.   That sentence was passed on 22 October by the Russian-controlled Magistrate’s Court in Yalta which ignored the blogger’s complaint that the police had hit his head against their car several times.

As reported earlier, Haivoronsky’s previous pro-Russian views, combined with the reasonably ‘mild’ repression (if compared with nine Crimean Tatar civic journalists facing huge sentences on trumped-up ‘terrorism’ charges), have made many wary of his apparent dissidence.  It is, however,  possible that those very public pro-Russian views make the occupation regime loath to give publicity to his current acknowledgement that Crimea is Ukraine and criticism of the Kremlin’s invasion and annexation.  This was essentially why the Soviet regime began using punitive psychiatry against dissidents.  Haivoronsky reported after being released in October that “Russian police officers told me that only a drug addict or psychologically ill person can affirm that ‘Crimea is Ukraine’,”