More deaths needed for Euromaidan investigation to be resumed? Maidan lawyer & 7 others on hunger strike 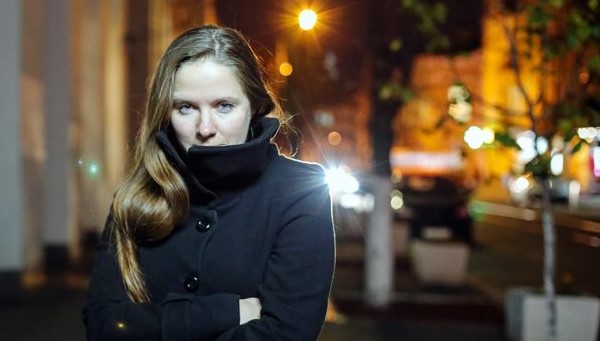 As of late on 26 November, seven Ukrainians had reportedly joined Maidan lawyer Yevhenia Zakrevska’s hunger strike in protest at the effective sabotage of Ukraine’s investigations into the killings, persecution and other crimes against Euromaidan activists.  For the moment, MPs are coming up with highly unconvincing excuses for their failure to adopt the needed amendments, and ignoring the huge public support for Zakrevska and outrage over their behaviour.

During a demonstration on Tuesday evening outside the Verkhovna Rada, Zakrevska explained that she and relatives of those killed on Maidan had been at a meeting on 26 November with Prime Minister Oleksiy Honcharuk.  The latter is not considering the Maidan lawyers and victims’ families’ plea for an emergency session of parliament to be called.  He promised only that there would be a vote on 3 December (as scheduled), and that a division on Maidan cases will be formed within the State Bureau of Investigations [SBI] with an increase in the members of staff deployed.

“It turned out that the division hurriedly created by [SBI Director] Roman Truba, there were 25 investigations which is pathetically small.  There need to be at least 60-70.  For this, there also need to be amendments to the law. Tomorrow, these should be agreed in committees.  If all goes according to this scenario, on 3 December, there will be a vote, in a week the law will be signed by the President.  By the end of the year, though I have great doubts about this, the division on Maidan cases will be created within SBI and investigators will be transferred there.  That means that in the best scenario, investigative activities will begin in January”.

Even if all goes well with this optimistic time frame, the break in the investigation will mean, among other things, that a number of suspects will be released from any restraint measures (whether forms of detention or signed undertakings).  That could easily lead to more Maidan suspects fleeing to Russia where a large number of former Berkut officers, including some suspected of involvement in the gunning down of activists, have been given citizenship and where at least two Maidan suspects have found work crushing peaceful demonstrations in Moscow.

It is not easy to feel optimism given the lack of any good excuse for this delay.  Preparations could have been underway for many months given that the reforms to the prosecutor’s service which removed the latter’s investigative functions were agreed two years ago.  If such timely response was too much to expect, the public appeal on 28 October from Maidan victims; the families of slain Maidan activists; lawyers representing them and civic NGOs, spelled out clear steps needed before the deadline on 20 November.  The Verkhovna Rada still then had the chance on 15 November to save investigations into Maidan crimes from collapse and failed to do On that Friday,  MPs had needed only to adopt a critical amendment to the Law on the State Bureau of Investigations (No. 318 of draft bill No. 2116).  This would allow investigators now dealing with Maidan crimes to transfer to the State Bureau of Investigations [SBI], in order to prevent disruption of the investigations.   At 15.00, having passed some other amendments to the law, parliamentarians decided they had done enough, and left – both parliament and the Maidan cases in limbo until the next scheduled parliamentary session, on 3 December.

On 26 November, Denis Monastyrsky, an MP from ‘Servant of the People’ and the head of the parliamentary committee on law enforcement agencies, defended the MPs’ refusal that day to adopt the critical amendment  He asserted that MPs had voted that same morning to not consider draft bills after 15.00, and that voting for an amendment after that time could place its legality in doubt.  This explanation seems somewhat bizarre given the number of bills that have been hurriedly pushed through the Verkhovna Rada over recent months, with fundamental rules involving the time frame between one reading and the next being totally flouted.

Zakrevska and her colleagues at the Advocacy Advisory Panel saw no excuse for the parliamentary delay and called on President Volodymyr Zelensky to react and call an emergency session.  This he has not done, and the 20 November deadline passed, literally on the eve of the sixth anniversary of the beginning of the protests which turned into the Revolution of Dignity.  It was on 21 November, during a television broadcast, that Zakrevska announced that she would remain on hunger strike until the Verkhovna Rada pass the vital amendments.

As of 26 November, she has been joined by Maidan victim Lyubomira Kepler;  lawyer and colleague Marina Lilichenko; Donbas war veteran and poet Mykola Muzyka; civic activist and volunteer Oleksiy Tsymbalyuk;  coordinator of the Holos party’s volunteer program Mykola Vyhovsky;; as well as two men from the Mukhacheve (in the Zakarpattia oblast) Mykola Korolovych and Mykhailo Sheket.

The demonstration on 26 November was addressed by Serhiy Horbatyuk, the former head of the now disbanded Department of Special Investigations, as well as a number of well-known civic activists, most, if not all, of whom were themselves on Maidan.

In a recent interview, Zakrevska predicted that the transfer of Maidan cases to the State Bureau of Investigations (which is due to receive just under half of the cases) would mean a collapse in the investigation of up to a year.  While the case in which five ex-Berkut officers are charged with murder is already in the court, cases which are formally complete will now be under threat as well since investigators often need to check additional data.  With no investigators now on board, these cases could also hang in limbo, together with those still at investigation stage.

Although there are concerns about SBI and its Director, the main reason for wanting the investigators from the Department of Special Investigations to continue working on the cases within SBI is surely obvious.  These cases involve huge amounts of material, including video or photographic footage.  It is senseless for investigators to either begin learning the material from scratch, or, worse, place the prosecution in jeopardy by not knowing it.  There need to be sufficient investigators and it is logical that these should be the investigators who have already worked on the cases, and who have gained the trust of Maidan victims and their lawyers.

It is thanks to the Department of Special Investigations and Maidan lawyers that these Maidan investigations have survived various attempts at sabotage over the last six years.   Too many lives were lost to allow these cases to collapse now.