Russia uses torture by Donbas militants to fabricate a new Ukrainian ‘spying trial’Kremlin hostage tells Russian court how he was tortured in occupied Donbas & abducted to RussiaRussia sentences Ukrainian political prisoner to 10 years after abducting him from DonbasUkrainian tortured in Donetsk concentration camp, then sentenced to 10 years in Russia Court in Russia ignores torture in Donbas, abduction and zero evidence for Ukrainian’s 10-year sentenceKremlin Ukrainian hostage denied critical medication, then punished as health deterioratesRussia’s Supreme Court endorses torture and abduction from occupied Donbas of Ukrainian political prisoner Russia crushes human rights group defending political prisoners and fighting state secrecy, including about war against Ukraine Russian proxy Donetsk ‘republic’ formalize plunder of Ukrainians’ property Ukraine imposes sanctions on pro-Russian MP Medvedchuk & his wife. What about criminal proceedings?Russia’s ‘all for all’ exchange: those who were not returned to UkrainePoroshenko honours judge who effectively sentenced renowned Ukrainian dissident to deathRussian LGBT activist charged with calls to violence against fascists and terroristsIn Memoriam: Nina MarchenkoStrasbourg rules in favour of Ukrainian teacherMoral Choice
• Topics / The right to liberty and security 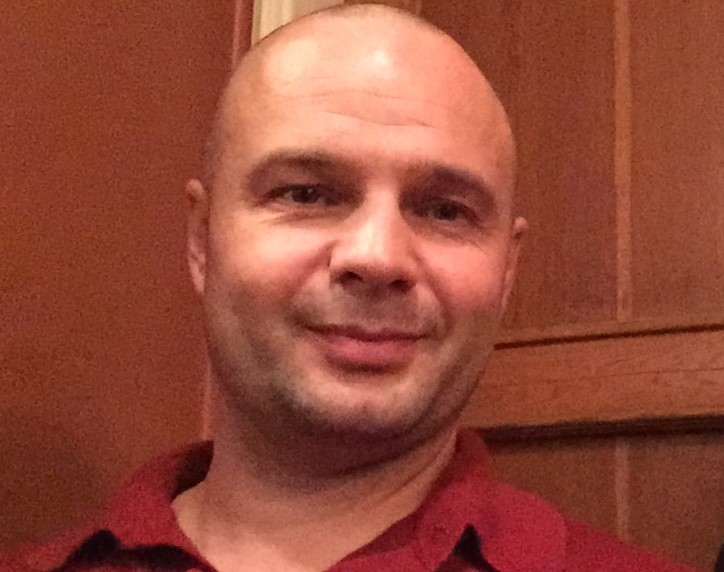 It is almost a year since Oleksandr Marchenko was seized by the so-called ‘security service’ of the self-proclaimed ‘Donetsk people’s republic’ and subjected to horrific levels of torture before being illegally handed over to the Russian security service [FSB].  He is now imprisoned in the Russian city of Krasnodar with the charges – of purchasing and illegally transporting military items from the Russian Federation – especially cynical given the manner in which he was forcibly kidnapped from Ukrainian territory.

Details of Marchenko’s capture only became known in recent months after his family lost any hope that his torture would end and he would be released.  On 3 December 2019, the renowned Russian Memorial Human Rights Centre declared him a political prisoner, as have Ukrainian human rights groupsv.

Now 48, Marchenko and his family were forced to leave their home in Donetsk back in 2014.  They left in haste, and could not collect the car which Marchenko had left for its regular servicing.

His wife, Kateryna explains that they were told that one of the so-called ‘ministers’ of the self-styled ‘republic’ was driving about in their car.  Then in December 2018, a person they knew who had remained in Donetsk phoned them and said that the man who had appropriated their car had fled from the city.  They were in a difficult financial position so, on 15 December 2018, he set off for Donetsk to try to retrieve the car.

This would not have been the first time that a civilian was seized after returning to occupied territory to visit relatives, etc. There was, however, a difference which may have been the reason for the close collaboration seen between the Russian FSB and their junior ‘partners’ in the Russian-controlled ‘Donetsk republic’ [DPR].  Marchenko made his way to occupied Donetsk via Russia, travelling first by plane from Kyiv to Minsk, from there first to Moscow and then to Rostov-on-Don, after which he crossed into occupied territory through the Russian and militant-controlled border.

It was only on 19 February that he was able to send a text message to his family, telling them that he was in Krasnodar.

Halyna Marchenko had arrived in Donetsk two days after her son’s disappearance.  She was told that ‘investigative activities’ were being carried out.  They refused to allow her to see her son, but did take parcels and letters, not one of which was passed to him.

After the text message, Halyna Marchenko travelled to Krasnodar, where she found a lawyer and also notified the Ukrainian Consul.

Marchenko’s ‘administrative arrest’ was extended several times, and a court eventually ordered his deportation – a ruling applauded by both Marchenko’s lawyer and the Consul.

Even without the clear collaboration between the unrecognized ‘DPR security service’ and Russia’s FSB, and the manner in which he was held on entirely different, administrative, charges, there would be multiple reasons to doubt the criminal charges eventually laid.  There is no evidence at all to back the charges, and the claim that there was a bank transfer – from an unidentified Ukrainian bank to an unidentified Russian bank – is obviously absurd.

The FSB are now claiming that Marchenko was in conspiracy with another person, who allegedly renounced such criminal intentions.  According to Sergei Davidis, from the Memorial Human Rights Centre, this looks very much like the standard scenario used to force ‘testimony’ out of people through the threat that they will themselves be charged unless they cooperate.

At present, Marchenko is held in SIZO [remand prison] No. 5 in the Krasnodar region. According to Memorial, the criminal charges against him of planning to smuggle military technology were initiated back on 30 April 2019,   The supposed ‘plot’ appears to be based solely on the ‘testimony’ of a Russian citizen, identified as Y. Fedorenko.

Having studied the material regarding the period since Marchenko was brought to Russia, Memorial HRC has concluded that both administrative and criminal charges are politically motivated.

Marchenko is, at the very least, the 87th political prisoner held in occupied Crimea or Russia.  It is one of a minimum of three cases where the Russian FSB have worked in close collaboration with militants from occupied Donbas, with this involving the illegal abduction of prisoners from Ukrainian territory to Russian.