62-year-old Chernihiv village head abducted by FSB to Russia and tortured Russian invaders torture local leader in Chernihiv oblast and stage mock executions “for entertainment”Russia resorts to terror and arrests to crush pro-Ukraine resistance in Enerhodar Summary of events that took place in Kharkiv and Kharkiv region during the first 30 days of the full-scale Russian-Ukrainian war (February 24 – March 25, 2022)Almost 400 Russian war crimes already documented in Ukraine Ukraine Should Ratife The Rome Statute Of ICC — Euromaidan SOS appealGeneralization of the information about the events in Kharkiv and Kharkiv region during the Russia-Ukraine war for the period February 24 – March 5, 2022Czech court to decide if armed Russian paramilitary awarded for his role in the invasion of Crimea is extradited to Ukraine Report concerning the investigation of the mass unlawful use of force to the convicts of the Oleksiivska correctional colony (No.25) on January 8, 2020 Donbas hostages tortured for a Russian propaganda program against Ukraine A great age approaches (statement of the First of December Initiative Group) 59-year-old Crimean Tatar political prisoner will die in Russian captivity without dialysisSame notorious ‘experts’ used against Memorial as in Russia’s persecution of Yury Dmitriev, Pussy Riot & Jehovah’s WitnessesEmir-Usein Kuku and other Crimean Tatar prisoners of conscience face new reprisals in Russian prison for refusal to collaborateCzech authorities arrest Russian paramilitary awarded by Kremlin for role in annexation of Crimea A brief description of the KHPG strategic litigations in the first half of 2021Belarusian activist threatened with deportation from Ukraine for criticizing the police Crimean Tatar political prisoners rushed to hospital, one returned for more torture Do not let Russia torture gravely ill Crimean Tatar activists to death! Russia’s Lie Machine Fans Flames of Odesa ‘Massacre’
• Topics / The right to life 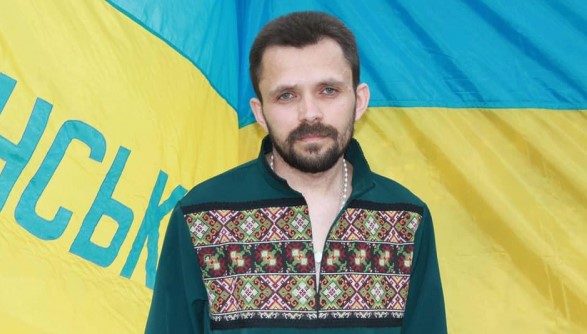 Artem Myroshnychenko, a Ukrainian activist and volunteer from Bakhmut (former Artemivsk) in Donetsk oblast died on 5 December of injuries sustained during an attack in the late evening of 29 November.  He had been in a coma ever since the attack which many believe should be viewed as a hate crime, linked with the activist’s pro-Ukrainian position and the fact that he always spoke Ukrainian.

Myroshnychenko was found near his home, with severe head injuries.  Bakhmut (then still called Artemivsk) had been seized by the Russian / Russian-controlled militants in 2014, however was liberated by the Ukrainian Army on 7 July 2014.  Bakhmut remained a frontline city, and the entire Myroshnychenko family were reportedly active members of the volunteer movement.  They helped in building fortifications around the city and also in visiting the Ukrainian soldiers.  Artem Myroshnychenko helped, for example, at the military hospital in 2014/2015.

CCTV footages shows that he encountered the two adolescents, both of whom were inebriated, at around 21.00.  Reports speak of an unnamed witness who was on the other side of the street, but heard one of them asking: “what are you doing, walking here?” and “Can’t you speak in a normal language? We don’t understand that”.

The witness phoned the police after hearing of the attack from the press, and understanding that she had heard those blustering questions at the time and close to the place where he was set upon.

It was a kiosk seller who found Artem and ran to his parents who in turn rang for an ambulance.  He underwent major surgery that night and never regained consciousness.

The police apprehended the two adolescents, a 17-year-old who already has a criminal conviction for robbery and the 16-year-old believed to have inflicted the blows.  The police announced on 6 December that they have now changed the charge to “deliberate grave bodily injuries, causing death” (Article 121 § 2 of Ukraine’s Criminal Code).

What the police have thus far not suggested is a hate motive, although this was an unprovoked attack, without anything being stolen and with the testimony of an apparent witness suggesting that this was a deliberate attack on Myroshychenko.  Artem’s brother, Serhiy Myroshnychenko, is convinced that his brother was attacked because of his pro-Ukrainian position.

The case is still under investigation, and other charges could, in principle, still be added.  The enforcement bodies are notoriously loath to add hate crime or incitement to enmity charges, in part because they can be harder to prove.

In its propaganda accompaniment to the invasion of Crimea and military aggression in eastern Ukraine,  the Kremlin and Russian state-controlled media have constantly pushed the claim that Russian-speakers are under threat or in danger in Ukraine. The heavily politicized Russian Investigative Committee even came up with criminal charges (in absentia) over alleged “genocide of the Russian-speaking people”.

In fact, during Euromaidan and from the beginning of Russia’s (overt) aggression, it has generally been those speaking Ukrainian and holding pro-Ukrainian positions who have been subjected to attacks.  16-year-old Stepan Chubenko was tortured and then shot dead in July 2014 after the militants in occupied Donetsk targeted him because of the ribbons in the colour of the Ukrainian flag on his rucksack.