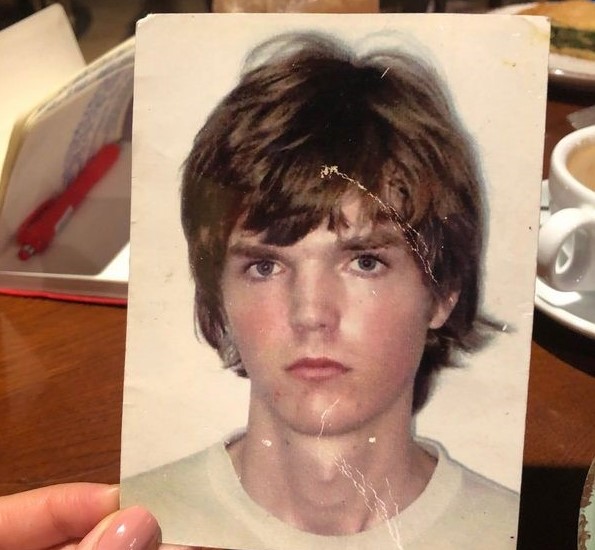 Nothing has been heard of 28-year-old Hryhoriy Sinchenko since militants from the self-proclaimed ‘Donetsk people’s republic’ [DPR]  brought him, covered in blood, to his grandmother’s home and carried out a search, supposedly for explosives.  None were found, however Sinchenko was taken away again and his mother has no information as to where the militants are holding him.  It is believed that the DPR’s so-called ‘ministry of state security’ suspect Sinchenko of involvement in the blowing up of a Donetsk radio tower on 27 October 2019.

According to Hryhoriy’s mother, Tetyana Hulevska-Sinchenko, her son first returned to Donetsk in 2016 from Kherson in order to reinstate medical records needed to confirm his disability status.  At a press conference on 6 December, she explained that he had become involved in a partisan group [opposing the Russian-controlling militants].

He was taken prisoner by this ‘DPR security service’ on 2 December 2016 and accused of blowing up cigarette kiosks.  He was savagely tortured, including with the use of electric shocks, asphyxiation and being suspended for several hours by handcuffs, as well as being held for days without any water.  His mother says that he was so badly beaten that he suffered a collapsed lung and almost died in the prison.  In typical fashion, the militants’ ‘search’ on that occasion equated to primitive plundering of everything valuable from their house, including home appliances and her sons instruments for fixing things. They’d planned to take Hryhoriy’s 84-year-old grandmother’s pension, however she managed to shame them and they at least left her that. Hulevska-Sinchenko then left for Kharkiv, fearing that she would be taken prisoner as well, and only returned occasionally to visit her mother.

Sinchenko was released in the last exchange of Donbas hostages and POWs on 27 December 2017.  According to his mother, Sinchenko has a strong sense of justice and, despite her pleas, returned to Donbas.  He had not come to his grandmother’s home, but according to his mother, the ‘DPR security service’ had already once come to them, on 27 September, searching for him.

Sinchenko’s mother and human rights groups have approached both the Red Cross and the OSCE’s Special Monitoring Mission, but none has been given any information about his whereabouts, and no parcels have been accepted.  His mother fears that he is being held in Izolyatsia, which the militants seized in 2014 and now use as a secret prison which former inmates, like journalist Dmytro Potekhin, have described as a concentration camp.

Sinchenko’s mother does believe it is possible that the young man was involved in the explosion at the Donetsk mobile communications tower on 27 October. As reported, on that occasion a video of the blast at a radio tower servicing the Fenix mobile operator was posted on YouTube, together with an ultimatum.  The latter made it clear that those who had planted the explosive device did it in protest at the widespread use of torture and ill-treatment in the self-proclaimed ‘Donetsk people’s republic’s’ illegal prisons.

There were reports of a major explosion from the DPR militants and Russian state-controlled media, although those reports studiously avoided mentioning the very clearly articulated purpose behind the act, and the ultimatum given.

There are no grounds at all, as we know from the experiences of very many former hostages, for seeing any exaggeration in the description of torture and ill-treatment.  This makes the silence about Sinchenko’s current whereabouts all the more worrying and his mother is obviously going through hell.