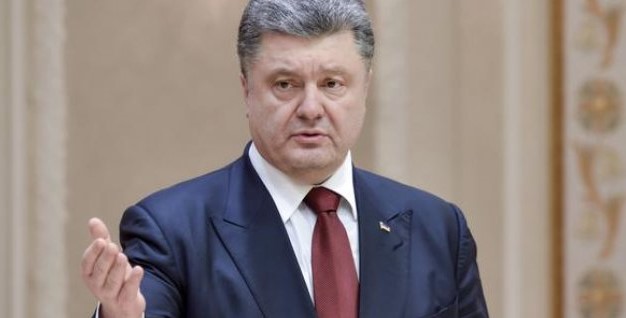 The timing could not have been more sinister.  Less than 24 hours after the Normandy Summit where Ukrainian President Volodymyr Zelensky spoke of a fundamental problem with the Minsk Agreement from 12 February 2015 (Minsk II), it was reported that a criminal investigation had been launched over that same Minsk Agreement with respect to ex-President Petro Poroshenko.  The timing may well have been orchestrated by Andriy Portnov, the former aide to ex-President in hiding, Viktor Yanukovych, who has initiated this, as well as all previous investigations against Poroshenko since his ostentatiously public return to Ukraine on the eve of Zelensky’s inauguration.  While Portnov made no secret of his plan to go after Poroshenko, it was considerably less obvious that the State Bureau of Investigations [SBI] would oblige each time Portnov ‘reported an alleged crime’, yet the investigation announced by Portnov on 10 December, and reportedly confirmed by SBI, is the 14th to date.  These include the first claim Portnov made on his arrival in Ukraine which almost directly parroted the Kremlin’s narrative used to justify Russia’s attack on three Ukrainian naval boats and taking as POWs of 24 Ukrainian   seamen on 25 November 2018.

The sense of déjà vu is particularly disturbing due to the obvious echo with the politically-motivated trial and imprisonment of former Prime Minister and Yanukovych rival Yulia Tymoshenko soon after Yanukovych came to power.  She was convicted of exceeding her powers over the 2009 gas agreement with Russia. Whether or not this was a good agreement, it was reached at a time when Russia had cut off all supplies to Ukraine and caused a major crisis in many European countries, making it imperative to find a solution.

In December 2019, the State Bureau of Investigations has initiated a criminal investigation against Poroshenko under the article on ‘state treason’ over ‘Minsk II’ in February 2015.

Portnov, an aide and Deputy Head of Yanukovych’s Administration, has claimed that Poroshenko “acted in the interests of the Russian Federation” since the Russian-controlled and installed leaders of the so-called ‘Donetsk and Luhansk people’s republics’ took part in the negotiations.

There are certainly problems with Minsk II, particularly regarding the agreement to hold local elections before Ukraine regains control of its border.  The meeting between the leaders of Ukraine, Russia, France and Germany in Minsk and the agreement reached, however, came while Ukraine’s Armed Forces were under major attack.  Although Russia standardly denies its direct involvement, there is considerable evidence of heavy Russian military involvement in the battle for Debaltseve.  In a study entitled Russian Forces in Ukraine and published in March 2015 by the UK-based RUSI [the Royal United Services Institute for Defence and Security Studies], military specialist Igor Sutyagin estimated that there were at least 10,500 – 11,000 Russian troops operating in eastern Ukraine by March 2015. While Ukrainian soldiers fought valiantly, there was no way that they could withstand Russian troops and Russian-funded mercenaries, backed by Russian military hardware and weapons.  The situation was critical and Russian President Vladimir Putin was quite simply in a position to impose his conditions.

It is possible that this investigation has been initiated merely as a formal requirement because of Portnov’s formal allegations. However Portnov’s first claim, regarding the attack on 25 November 2018 had seemed evidently preposterous, yet as of 20 November, it was No. 1 of 13 such investigations which SBI was publicly reporting on its website, with lists of how many people had been interrogated, how many times Poroshenko had or had not come when summoned, etc.  While some of the investigations appear to be into financial matters, others elicit memories of the ‘selective justice’ complaints that the charges against Tymoshenko and members of her former government provoked back in 2011.

As reported, SBI is virtually helping Russia through its investigation into Portnov’s extraordinary accusation of state treason against Poroshenko over Russia’s seizure of the vessels and seizure of 24 POWs. Both Portnov and the Kremlin have claimed that Poroshenko essentially ‘provoked’ Russia’s attack with all of this based on dangerously hypothetical claims as to his motives. Portnov notes that after an emergency session of Ukraine’s National Defence and Security Council, Poroshenko initially asked the Verkhovna Rada to declare martial rule throughout Ukraine for two months.  This would have clashed with the beginning of the presidential election campaign, due to begin on 31 December 2018.  Had this happened, Portnov’s arguments might have had some validity.  In fact, protests led to Poroshenko changing the request for martial rule lasting only one month and only covering 10 oblasts. Most importantly, Poroshenko never sought to have this martial rule extended.  Portnov has claimed that the events on 25 November “were the result of planned and illegal actions” by Poroshenko whose actions were supposedly “aimed at deliberately provoking aggressive and predictable actions by the Russian military during a tense situation and causing losses to the Ukrainian Navy.”

None of this happened.  That may not seem like an impediment to Portnov, and it has certainly never prevented the Kremlin and Russian state-controlled media from peddling the same assertions, but why is SBI still carrying out an investigation?

Ilya Novikov, one of the lawyers representing the 24 POWs, recently asked the Director of SBI, Roman Truba “if SBI understands that their investigation into the seizure of the boats in the Kerch Strait is effectively based on the same false narrative as that presented by Russia and clearly rejected by the International Tribunal for the Law of the Sea which ordered the return to Ukraine of both the imprisoned men and the naval boats.  The very existence of such a criminal investigation, as well as the fact that at least one of a list of questions to court experts, published by fellow lawyer Ihor Holovan specifically asks whether any mistakes were made by the military servicemen seems to be merely helping Moscow in perpetuating a lie.

This is not the only example of apparent cooperation between the SBI Director and Portnov in investigating alleged ‘crimes’ by Poroshenko. In early October 2019,  Larysa Holnyk, the Poltava judge who faced persecution and a physical attack after exposing corruption, reported an extremely worrying visit and attempt to enlist her in a politically-motivated criminal investigation against Poroshenko.  The story appears to suggest coordination not only between SBI Director Truba and Portnov, but also Andriy Bohdan, a long-time friend of both Portnov and President Zelensky.  Bohdan is continuing to hold the post of Zelensky’s Presidential Administration, which has been renamed (as Office of the President) to bypass the Law on Lustration.  According to this law, Bohdan is expressly prohibited from holding public office, including the post of Head of the President’s Administration, because of the high-ranking post he twice held in the government under ex-President Viktor Yanukovych.

Holnyk’s detailed account of the attempt to draw her into a ‘Poroshenko investigation’ is entitled  ‘The Bohdan Factor’ and involved first an approach from Bohdan, and then from somebody who said that he was there on behalf of Roman Truba, SBI Director and proposed that she lodged a report of a crime committed over her complaints about Poroshenko’s behaviour.  In a blistering post immediately after the latter visit, she had written that she was against trumped-up criminal prosecutions, and that Truba was not probing where he should be.  She noted a report suggesting that Truba was trying to prove his ‘services’ to the new President and coming up with a whole lot of criminal investigations against Poroshenko, including some without any basis. To her bemusement, she says, she discovered shortly afterwards that a report similar to what they wanted her to write, “but on the scale of the whole country”, had been lodged by Andriy Portnov  (more details here)