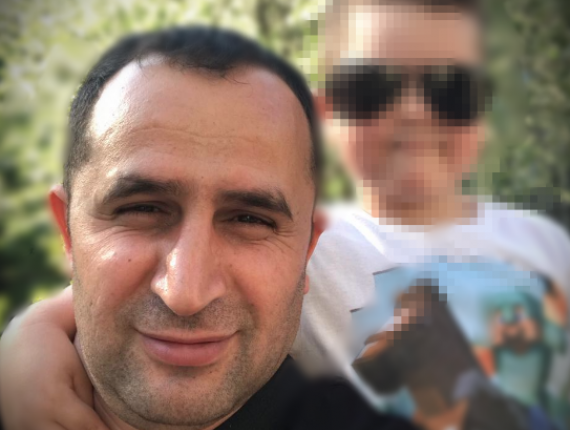 The Azerbaijan Migration Service has reported that Azerbaijani blogger and ‘Azer Freedom TV’ correspondent, Elvin Isayev was deported from Ukraine on 12 December, supposedly for violating migration laws.  The blogger, who has been extremely critical of the regime of Azerbaijan’s President Ilham Aliyev, was remanded in custody on 14 December in connection with a “criminal case investigated by the Prosecutor General’s Office of Grave Crimes.”

If this is indeed the case, then very serious questions must be put to Ukraine’s authorities since the European Court of Human Rights [ECHR] on 10 September this year applied Rule 39 halting any extradition of Aliyev from Russia where he had recently had his Russian citizenship revoked.  While that ruling officially applied only to Russia, the fact that it had been issued at all meant that ithere were exactly the same grounds for a similar halt to be placed on the Ukrainian authorities.  That would not have been changed by the fact that Isayev had not applied for asylum in Ukraine.

Aliyev is married to a Russian and has two underage sons.  He had been living in St. Petersburg since 2001 and his Russian citizenship had been granted by the Russian migration authorities, as he fulfilled all requirements. Not only are his wife and children living in Russia, but also, reportedly, his elderly parents and other members of the family.

The Memorial Human Rights Centre reported on 2 September that Isayev had been detained by the Russian authorities on 24 August.  His Russian passport had been taken away from him in the police station, and he was handed a document telling him that he was charged with violation by foreigners or stateless persons of residence laws in Russia.  It was only two days later that a court in St. Petersburg actually stripped him of the Russian citizenship which made the earlier charges nonsense.

Memorial HRC immediately warned that he faced criminal prosecution, torture and inhumane treatment if forcibly returned to Azerbaijan and pointed out that he had openly criticized the regime in his country of origin.

Well-known Russian human rights activist Svetlana Gannushkina commented that in over 15 years working on migration cases, she had never seen such flagrant disregard for the interests of Isayev’s children, elderly parents and other relatives.  She suggested then that this was a covert removal of Isayev to prevent the human rights activists from applying to the European Court of Human Rights.  This and the fact that his detention had prevented him from seeking asylum in a third, safe country, indicated that the authorities were concealing the real motive behind their actions.  Gannushkina warned that Isayev was also in danger as he is a Talysh, a minority group who are persecuted in Azerbaijan.

At a press conference on 19 September, Isayev expressed his gratitude to all those who had prevented his extradition.  He was adamant then that he had no intention of leaving Russia, but does appear to have feared that he could be abducted and secretly handed over to Azerbaijan.

Unfortunately he came to Ukraine and was staying with friends in Kyiv. He had not turned to the Ukrainian migration authorities and was seemingly hoping to find asylum somewhere in the EU.  Neither that fact, nor his views on Russia’s aggression against Ukraine that most of us would not share, can in any way negate the fact that  ECHR had ordered a halt on any deportation to Azerbaijan from Russia, because he could face torture and ill-treatment.  That should have been taken into account by the Ukrainian authorities, yet it was ignored.

The secrecy is also deeply disturbing, since it makes this much more akin to an abduction, than deportation.  Indeed, nothing was known of Isayev, after he disappeared close to where he was staying in Kyiv, until the report by the Azerbaijan Migration Service on 14 December.  Isayev should have been given the chance to appeal against any decision to deport him from Ukraine, and was clearly not.

A number of media in Ukraine have pointed out that Isayev was handed over to Azerbaijan shortly before a planned visit to that country by Ukrainian President Volodymyr Zelensky.  Whether or not that played a role in his forced return to Azerbaijan is unclear.  What does stand out, however, is that there were grounds for suspecting that the Russian FSB or other authorities were collaborating with Azerbaijan in creating the conditions to deport a person with Russian citizenship and a Russian family.  They were thwarted by the Memorial Human Rights Centre and ECHR, but did comply with the latter’s order to stop any deportation.  It is immensely galling that the authorities in Ukraine have proven willing to go against the clear intention of the Court in Strasbourg, and against the fundamental principle that a person must not be forcibly returned to a country where they face torture and ill-treatment.

This is not the first time that Ukrainian enforcement bodies appear to be collaborating with their official counterparts in post-Soviet countries, including Russia whose FSB has been and / or is directly involved in the political and religious persecution of well over 100 Ukrainian political prisoners.