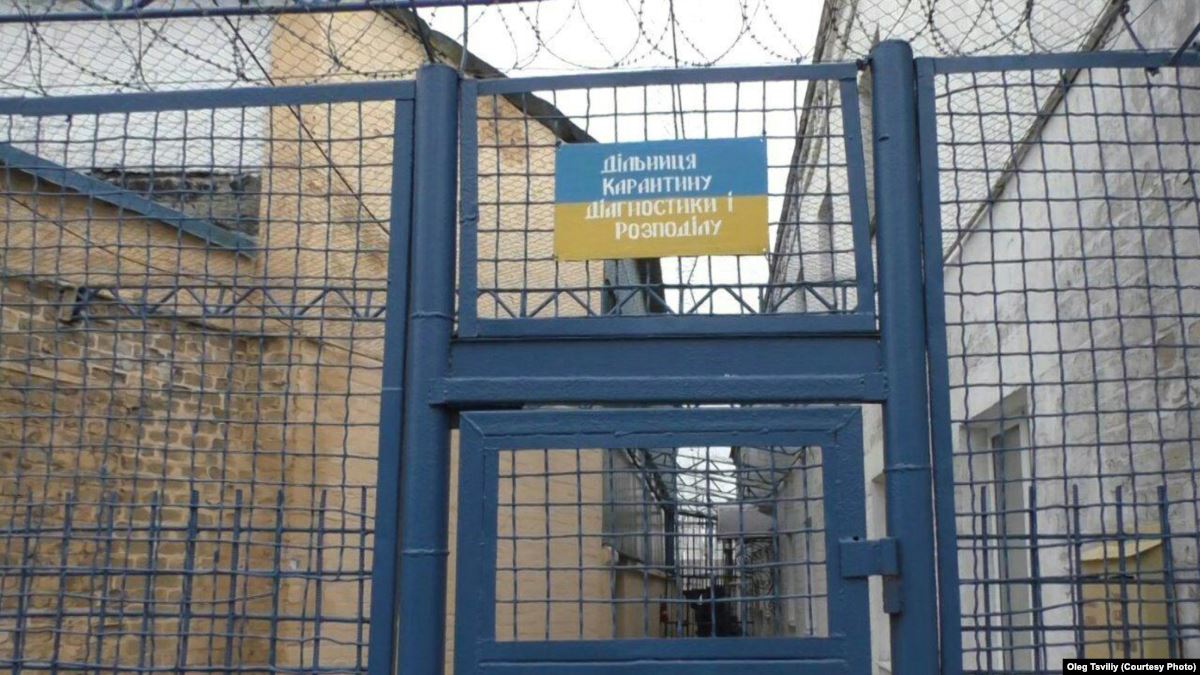 Over quarter of a century after the collapse of the USSR, Ukraine is still applying a punitive norm dating back to Soviet times that makes it possible to add years to prisoners’ sentences for minor infringements of regulations.  The norm is very easily abused, especially against prisoners who complain about violations of their rights and human rights groups have long called for abolition of an absurd anomality which all post-Soviet republics, except Belarus, have removed.

A new draft bill, No. 2079,  was tabled in the Verkhovna Rada at the beginning of September this year, and placed on the agenda for consideration on 2 October.  There should be very little to consider, in fact, since the bill simply removes the offending Article 391 of the Criminal Code, and the Kharkiv Human Rights Group and Ukrainian Helsinki Human Rights Union have called on MPs to support its speedy adoption.

Article 391 punishes for ‘wilfully disobeying the demands of the prison administration’ and allows for an extra sentence of from 1-3 years to be imposed for what is termed persistently disobeying the legitimate demands of prison authorities, or any other form of resistance.  This is measured by whether a prisoner has, for example, been placed in a punishment cell or similar penalties more than once within the space of a year.

The norm has been condemned by, among others, the European Committee for the Prevention of Torture which called for it to be abolished in two recent reports (in 2017 and 2018).  Ukrainian legal experts point out that the norm runs counter to the conceptual basis of Ukraine’s 2001 Criminal Code in that it allows administrative offences to be used as the justification for criminal prosecution.  This is something that Russia has recently introduced through Article 212.1 of its criminal code, introduced in July 2014.  That allows for criminal proceedings and a sentence of up to 5 years if a court has issued three rulings on administrative offences within 180 days.  Since such administrative prosecutions against peaceful protesters are virtually standard under the current Russian regime, so criminal prosecution can be easily organized.  It is probably no accident that the two men thus far imprisoned under this new article – Ildar Dadin and Konstantin Kotov – have both tirelessly come out in support of the Kremlin’s Ukrainian political prisoners and in opposition to Russia’s aggression against Ukraine.

In their appeal, KHPG and UHHRU point out that Article 391 also breaches Articles 21 and 24 of Ukraine’s Constitution since it is fundamentally discriminatory.  What for one person is an administrative misdemeanour can result in criminal charges for another person, if the latter is already serving a sentence.  The Register of Court Rulings shows that there were 854 sentences under Article 391 from 1 January 2010 to 30 June 2019. 775 were in punishment for refusing to clear prison premises, or similar work   Some of them were quite staggeringly trivial, like not sleeping in the place designated, or not wearing the correct clothing.  There have been 13 sentences for keeping prohibited items, including mobile phones.  Virtually none warranted criminal prosecution, and certainly not extra time added to a sentence, yet in only 25 of the 854 cases did the sentences involve punishment of less than a year’s extra sentence.  Over 110 cases involved sentences of two years or slightly more, while in 21 cases people received a further three-year sentence.

Former prisoners have asserted that the norm is used specifically against prisoners who complain about infringements of their rights, conditions, etc.  Human rights groups have concluded that the norm is indeed used as a method for reprisals and insist that it must be abolished.