What judicial reform when it’s not Russia, but Ukraine that refuses to release an innocent life prisoner?Judicial reform dilemma for ZelenskyWhy are Ukrainian legislators willing to see innocent men serve life sentences?Lutsenko is helping block justice for innocent life prisonersDeath of Ukraine’s most famous torture victim to be reinvestigatedTortured & Almost Certainly Innocent Ukrainian Life Prisoner Dies Without JusticeForced to hunger strike in search of justice for their sonsUkraine’s MPs block last chance of justice for tortured Ukrainian prisonersJudicial Review demanded for Life Prisoners Tortured into ‘Confessing’ to AnythingUkrainian life sentence – because they needed to arrest somebodyUkraine hammered by Court in Strasbourg for endless torture of life prisoners Vital chance for justice after Ukrainian Constitutional Court ruling Zelensky fails crucial test for restoring justice in Ukraine Ukraine’s most malicious miscarriages of justiceUkraine found in bulk violation of the prohibition of torture over denial of justice to life prisonersViktor Lozinsky, the ex-MP convicted of murder, wins in local elections in Ukraine“Exceptional lawlessness requires extraordinary methods”. Ukraine’s leaders urged to free Volodymyr PanasenkoUkraine found in violation of the prohibition of torture over treatment of life prisoners10 Ukrainians imprisoned for murders committed by serial killerWitty Protest Highlights Critical Choice for Ukraine - Supreme Court Judges or Monsters in Judge’s Robes
• Topics / The right to a fair trial 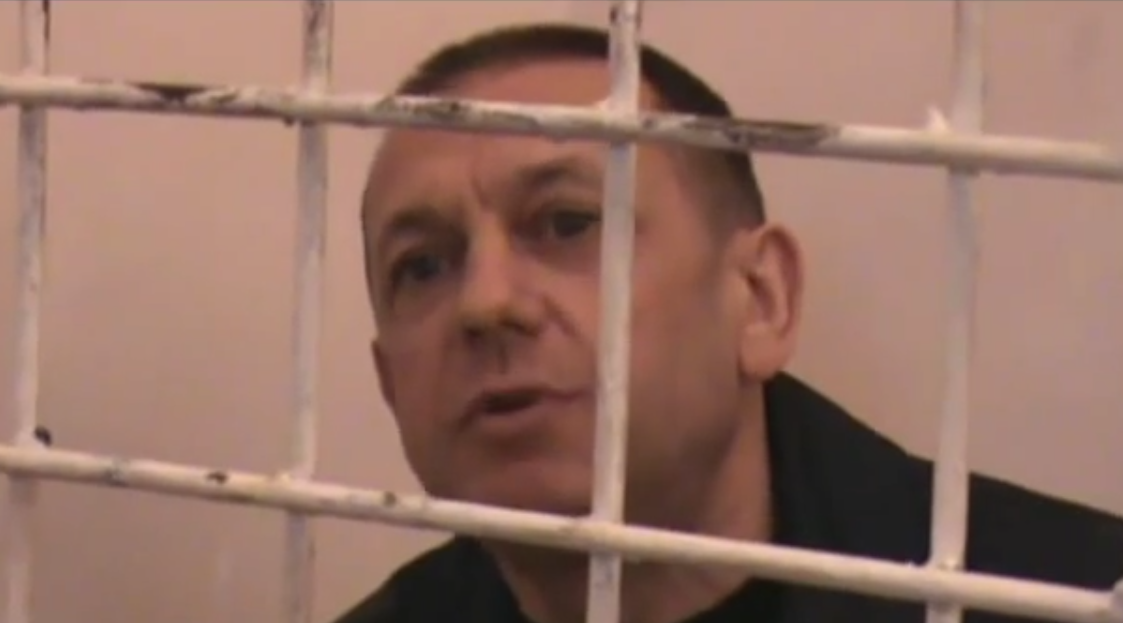 As a Lviv investigator, Roman Sharko fabricated the criminal prosecution that led to Volodymyr Panasenko being sentenced to life imprisonment for a crime nobody ever believed he had committed and effectively abetted the real criminal(s) in escaping justice..  13 years later, Panasenko remains in prison, and Sharko is only one signature away from a managerial post in the Prosecutor General’s Office.  His appointment will make a farce of the current procedure aimed at cleaning up the prosecutor’s service and will be a serious blow to Ukraine’s efforts to build a society based on rule of law.

Tetyana Panasenko, who is herself a lawyer, lodged a formal submission at the beginning of December in which she detailed Sharko’s involvement in fabricating the case against her father.  All of the information she presented would have been immediately corroborated by Panasenko’s lawyer and human rights groups, so presumably her complaint was simply ignored.

Even among the very many life sentences in Ukraine that give grounds for concern, Panasenko’s case stands out as an evident miscarriage of justice.  He was sentenced to life imprisonment on the testimony of one man’s third and fourth ‘confessions’ which were obtained through unlawful means and totally retracted in court.

On 26 October, 2006, a bomb exploded under the car of Roman Fedyshyn, a Lviv City Councillor and owner of the Shuvar market.  Fedyshyn was unharmed, but 14-year-old Marika Kutsinda, who was walking past when the bomb exploded, was fatally injured.

Rudy was arrested while under treatment for alcoholism in a psychiatric clinic and signed four different ‘confessions’. He first asserted that the blast had been ordered by Fedyshyn himself to improve his political rating.  When Sharko, who was then a senior investigator for the Lviv Regional Prosecutor’s Office, told him that such a confession would not do, Rudy named Myroslav Bokalo, the administrator of the market.  This was also deemed wrong, so Rudy then asserted that the crime had been ordered by two men - Bokalo and Panasenko.  The latter had created the company behind the Shuvar market together with Fedyshyn.  A fourth ‘confession’ mentioned only Panasenko.

Rudy retracted his words in court, stating at both first trial, and then appeal level. that Panasenko had had nothing to do with the crime and that it had been commissioned by somebody else.  He later also wrote a statement saying that he had given false testimony against Panasenko under pressure from the investigator (i.e. Sharko). The pressure, he specified, consisted of beatings and  threats that he would get life himself if he didn’t provide the testimony denanded.

In an appeal to President Volodymyr Zelensky and the Verkhovna Rada at the end of August 2019, UHHRU and the Kharkiv Human Rights Group called the Panasenko case the most shocking of all Ukraine’s judicial miscarriages.  They said that exceptional lawlessness requires extraordinary measures and called on Zelensky to ‘pardon’ 60-year-old Panasenko or on parliament to issue an individual amnesty.

Four months later, Panasenko remains imprisoned, and Sharko has been appointed the head of a department within the Prosecutor General’s Office overseeing, for example, observance of the law by the National Police.  Information on the PGO website claims that the Selection Commission appointed on 16 December 2019 is to be made up of six members, of whom at least three are delegated by international NGOs, international technical aid projects and diplomatic missions. What this means in practice is less clear since there is information about the order to appoint a Commission, but seemingly none identifying the members.  The commission is, however, supposed to take into consideration a candidate’s moral and professional qualities.

Something evidently went wrong in the case of Sharko’s candidacy.  Even were we to believe that Sharko had behaved impeccably in every other investigation, his role in Panasenko’s prosecution should have been a sufficiently damning indictment.

The details revealed in court, and outlined in Tetyana Panasenko’s complaint, about Sharko’s use of physical force and threats are not the only examples of inadmissible behaviour.  Sharko also falsified the protocols of interrogations at pre-trial investigation stage and prevented Rudy from having access to an independent lawyer during the six days (from 22 to 27 November 2006) in which his ‘confessions’ were extracted.

According to Tetyana Panasenko, Sharko also had surveillance methods applied against her father’s lawyer in an evident attempt to put pressure and intimidate the latter.  He also sought to conceal evidence proving Panasenko’s innocence.

The list of violations is longer, but the above are already more than enough to make Sharko’s new promotion seem deeply disturbing.

This is not the first worrying appointment.  In 2018, the judge who sentenced Panasenko to life imprisonment, Stanislav Holubytsky, was appointed Supreme Court judge.  This was despite a negative assessment from the Public Integrity Council which specifically noted his role in Panasenko’s imprisonment.

There has long been concern that vital legislation providing a mechanism for judicial review of cases like that of Panasenko is being blocked by people in the Prosecutor General’s Office because of the questions that such reviews must generate about the investigators’, prosecutors and judges involved in such cases.

Sharko’s appointment, like that of Holubytsky in 2018, is a betrayal of everything people stood on Maidan to achieve in 2013 and 2014.  Not only impunity, but even promotion is being given to those willing to imprison an innocent man and allow the real culprits to go unpunished.

And 60-year-old Volodymyr Panasenko is spending his 14th year imprisoned for a crime they know that he did not commit.