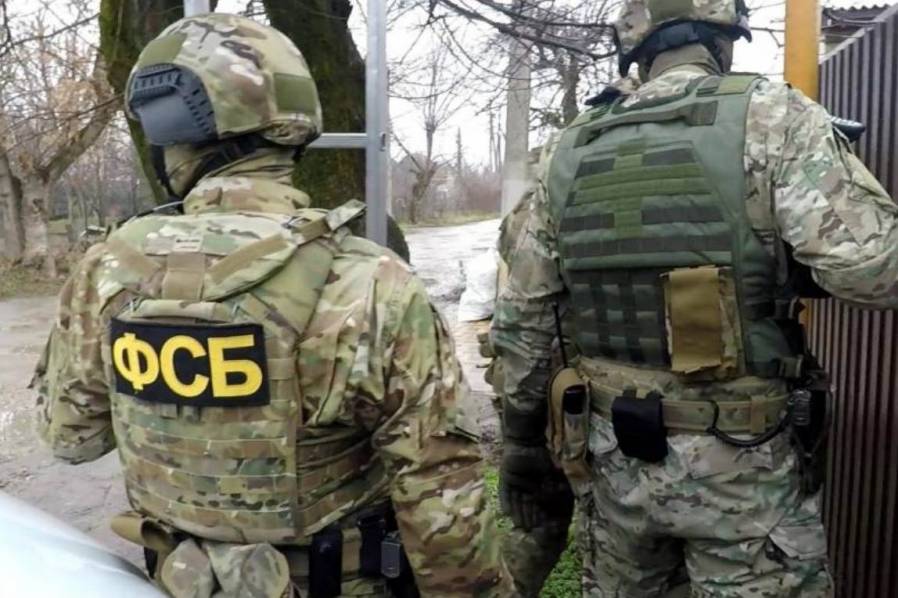 The Crimean Human Rights Group has identified a woman whom the Russian FSB arrested in occupied Sevastopol on 27 November 2019.  The arrest and FSB claims about the woman were widely reported in the Russian state-controlled media, however without revealing that their new victim was 64-year-old Halyna Dovhopola (Rus. Galina Dolgopolaya) who was born in Bakhchysarai.  Since Russia is in violation of international law by applying its legislation on occupied territory, and Dovhopola is charged with gathering information for Ukraine, there seems every reason to consider her the latest of Russia’s many Ukrainian political prisoners.

This is not the first time that the FSB have concealed the name of an arrested Ukrainian, but it is one of the most dangerous.  ‘Treason trials’ are doubtless a favourite for the FSB as guilty verdicts are, effectively, guaranteed, and the entire procedure is carried out in secret, avoiding public attention to the often glaring falsifications and lack of any evidence.

The FSB only reported the arrest on 29 November 2019, two days after it had allegedly taken place and after the woman had been remanded in custody (initially) for two months. She was identified only as a Russian citizen.  Since Russia has illegally made it virtually impossible to work, receive medical care or carry out ordinary functions without Russian citizenship, this does not change the fact that Dovhopola is Ukrainian.  The FSB stated that she was suspected of ‘state treason’ and spying for Ukraine/  They asserted that she had been recruited by the Ukrainian Defence Ministry’s Military Intelligence Department and had “gathered secret military intelligence.  Dmitry Belik, a supposed Russian State Duma deputy from Sevastopol, claimed that the woman had been a civil servant working for the Black Sea Fleet.  Lest anyone doubt the real purpose behind all such arrests, Belik was reported as having spelled it out:  “The arrest of an employee of the Black Sea Fleet for spying for the neighbouring country is one of a hundred facts proving that a major spying war is being carried out against our country”.  The report asserted that from 2016 to 2018 there had been six arrests of supposed members of sabotage groups (including citizens of Russia and Ukraine).  it was claimed that they had “gathered information about the Russian security service, units of the Russian defence ministry, the Black Sea Fleet and planned terrorist acts.”

There have been far more arrests than that since 2016, however the charges have generally proven very fluid, with a number of the men eventually convicted on charges quite different from what they were shown on Russian TV ‘confessing to’.

Dovhopola is facing charges under Article 275 of Russia’s criminal code (‘state treason’) and a sentence of from 12 to 20 years’ imprisonment.

Almost all of the Ukrainians whom Russia has thus far arrested and imprisoned on charges of ‘treason’ or ‘spying’ have been recognized as political prisoners by Ukrainian human rights groups and the Russian Memorial Human Rights Centre.  It is ominous that Dovhopola is one of three Ukrainians arrested in as many months on extremely dubious charges.