Why is another killing of a journalist in Ukraine going unanswered?Judge faces criminal charges over obstruction of Ukrainian journalist’s murder trial20 years after Gongadze murder, the killers of another Ukrainian journalist are being protectedUkraine Should Ratife The Rome Statute Of ICC — Euromaidan SOS appealEuromaidan SOS Statement on International Support Priorities for UkraineImprisoned for seven years as Russia"s revenge for Ukraine’s Euromaidan Yanukovych phoned Russian President Putin 12 times during the mass killings on Maidan Former Ukrainian Interior Ministry official to face trial over Maidan killings after imprisonment in Russia Former Ukrainian special forces officer to go on trial over Maidan killings Putin signs decree to let Ukrainian traitors and fugitives from justice hold public office in RussiaEx-Berkut officer on trial for Maidan killings reinstated in Ukraine’s police forceRussia’s unrelenting torture of Ukrainian Maidan activist Valentin Vyhivsky End to 7 years of impunity for savage murder of Ukrainian journalist?Ukrainian ex-police chief appears at his trial for Maidan crimes after 7 years in hiding First Berkut police jailed for involvement in savage dispersal of Maidan activists Frustrating sentence over savage torture and killing of Maidan activist Yury Verbytsky Ukrainian jailed in Russia’s revenge for Maidan punished because of back pain Ukraine SBU officers on trial for the killing of 72-year-old Maidan activist Judge who persecuted Maidan activists could get millions in ‘compensation’ following Supreme Court rulingWill anyone answer for the killings on Maidan?
• Topics / The right to life
• Topics / Freedom of expression 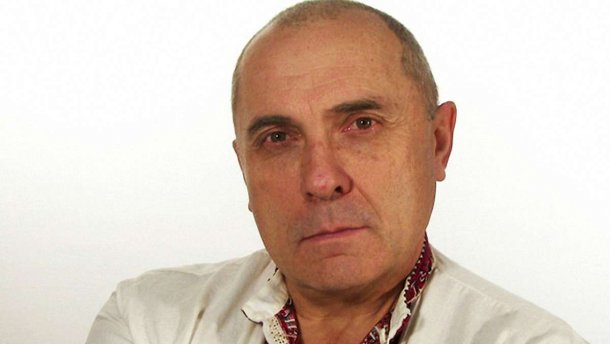 The last suspect in the savage killing of Cherkasy journalist and Maidan activist Vasyl Serhiyenko has been released under house arrest, despite well-founded opposition from the prosecutor. Not only is Vadim Melnyk suspected of having organized Serhiyenko’s murder, but he had also gone into hiding to avoid arrest and had only been caught in May 2017.

The decision to change Melnyk’s restraint measure to house arrest was taken by a panel of judges at the Horodyshche Court in the Cherkasy oblast on 8 January.

Prosecutor Viktoria Dydych had applied for his detention to be extended by a further two months.  Melnyk’s lawyer countered with an application for house arrest, claiming that his client’s state of health was deteriorating and arguing that Melnyk had been under house arrest before and had not breached the conditions.  He had indeed been released under house arrest on 22 August 2019, with the appeal lodged by the prosecutor only heard and allowed on 14 November.

While it is possible that Melnyk will not abscond, his release, and that of four other suspects only heighten concern about a trial that appears to be going nowhere and about the lack of any progress in formally identifying and charging the person who ordered the killing.

58-year-old Serhiyenko lived in Korsun-Shevchenkivsky in the Cherkasy oblast.  In the months before his murder he was reportedly involved in gathering information about the former governor of the oblast, Serhiy Tulub and Hennady Bobov, who was until the July 2019 parliamentary elections an MP. One of his probes was into believed illegal deals involving reserve land which Bobov was allegedly using for his own private purposes.

Serhiyenko was abducted from outside his home on 4 April 2014.  The assailants beat him and also inflicted knife wounds during the initial attack which his elderly mother witnessed.  She pleaded with the attackers to not hurt her son, but they simply forced him into their car and sped off.  His body was found the following day in a forest.  He had choked to death on his own blood, following major blows to the head and 19 knife wounds.

Three men were arrested at that point on suspicion of carrying out the attack: Viktor Horbenko; Volodymyr Voronkov and Valentin Zavrazhin.  Melnyk and another man, Roman Nedibalyuk, were only arrested in 2017.

Melnyk, who had earlier been the head of Bobov’s guards, was reported by the then Prosecutor General Yuri Lutsenko in May 2017 to have been captured after being in hiding since the first arrests. He is accused of organizing the abduction and killing, while Voronkov is charged with killing Serhiyenko.  The prosecution has only charged the three other men with involvement in the abduction, although it is hard to believe that they did not know that the ultimate aim was to kill the journalist.  It seems also that the blows dealt to Serhiyenko during the abduction may well, in combination with the later injuries, have been the cause of death.

The first men arrested went on trial at the beginning of 2016, with the court proceedings almost at an end by May 2017.  The first delay arose for objective reasons: the presiding judge had been involved in wrongful rulings against Maidan activists and was suspended.

The case, now also including the suspected organizer (Melnyk), was sent back for retrial under a new panel of judges.  From then onwards, however, things have gone badly wrong, with the case being passed from court to court and effectively never actually beginning.  As of the middle of 2019, the trial had reached the same stage as at the beginning of 2016, with the prosecutor reading out the indictment.  The Advocacy Advice Centre has produced an infogram, which shows that in 44 months, the panel of judges changed 12 times and the case was ping ponged between six district courts.  Not one of the suspects is now in custody.

While nobody has ever been charged with ordering Serhiyenko’s abduction and murder, the man most often informally suspected is Bobov.  He was a long-term MP, initially from the Party of the Regions which ruled under President Viktor Yanukovych, then from the opposition Vidrodzhennya Party, but lost any parliamentary immunity in July 2019.

There is nothing to suggest that moves have been made to press charges against Bobov since then, although lawyers close to the case believe that there is plenty of evidence against him, including some that was heard during the first attempt at a trial. It was on the basis of this that the first real criminal investigation into who ordered the killing was initiated in 2016.  This investigation was handed to the Department of Special Investigations.  This autonomous body within the Prosecutor General’s Office was, until November 2019, involved in investigating most crimes against Maidan activists.  Due to changes in the scope of the prosecutor’s office, the Department has been disbanded, and there are real concerns about the fate of all ongoing Maidan investigations, including those aimed at bringing the person(s) who ordered Serhiyenko’s murder to justice.