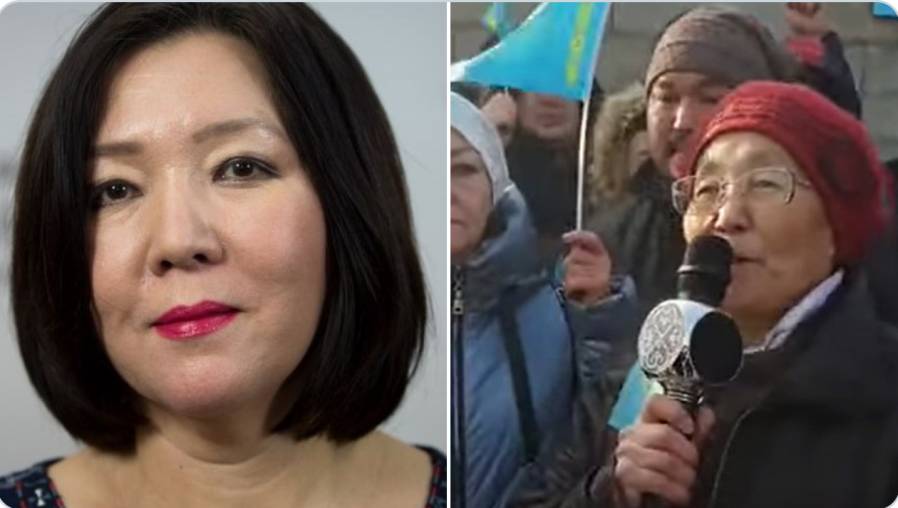 Almost three years after journalist and opposition activist Zhanara Akhmet (or Akhmetova) fled to Ukraine, with her small son, she is in danger of extradition, despite clear grounds for believing she will face political persecution if forcibly returned to Kazakhstan.  Prominent Ukrainian human rights groups have condemned the Ukrainian Migration Service for “shutting its eyes to the political context” of Akhmet’s case, and warned that Ukraine would be in violation of international law by extraditing her.  Fellow opposition activists in Kazakhstan have also taken the courageous step of issuing a public plea to Ukraine’s leaders to not hand Akhmet over to certain persecution.

On 21 October, 2017, two men in plain clothes arrived at Akhmet’s Kyiv flat, claiming to be police officers.   They tried to take her away, asserting that she was wanted for ‘fraud’, and ignoring Akhmet’s documents indicating that she was legally present in Ukraine.  She called the building’s janitor, the police and also lawyer Vladislav Hryshchenko.  On one of the videos she posted, Akhmet pointed out that the men had not explained in whose care her child would be while she was in detention.  She told them that she believed she would be abducted and taken to Kazakhstan if she went with them and noted that the men had turned up late on Saturday evening.  She believed that the aim was to detain her during the weekend when it would be easier for the Kazakhstan security service to abduct her.  There were extremely disturbing aspects of this visitation and of the claimed grounds for seeking her extradition, yet she was taken into custody, and held in detention for some time.

A critical appeal hearing is due on 14 January 2020 which will once and for all determine whether Akhmet is entitled to a review of her application to the State Migration Service.  If the court decides against her, she could be extradited soon afterwards – to a country where she faces persecution.

In their appeal, Ukrainian NGOs, including UHHRU and the Kharkiv Human Rights Protection Group, point out that Akhmet’s movement, the Democratic Choice of Kazakhstan, was labelled an ‘extremist’ organization by a Kazakhstan court in March 2018.   A year later, in their resolution on human rights in Kazakhstan, the European Parliament spoke of the movement’s peaceful nature.  The fact that the movement has been involved in only peaceful protests has not stopped the authorities from detained over six thousand people, including journalists and human rights activists.

As reported here, there have been repeated occasions where the Ukrainian authorities have handed people over to countries where they face persecution, including Timur Tumgoev, a citizen of the Russian Federation who had defended Ukraine in Donbas, Russian opposition activist Vladimir Yegorov, former Belarusian political prisoner Alexander Frantskevich,  Amina Babaeva, who was abducted and handed over to the Russian FSB, and others.