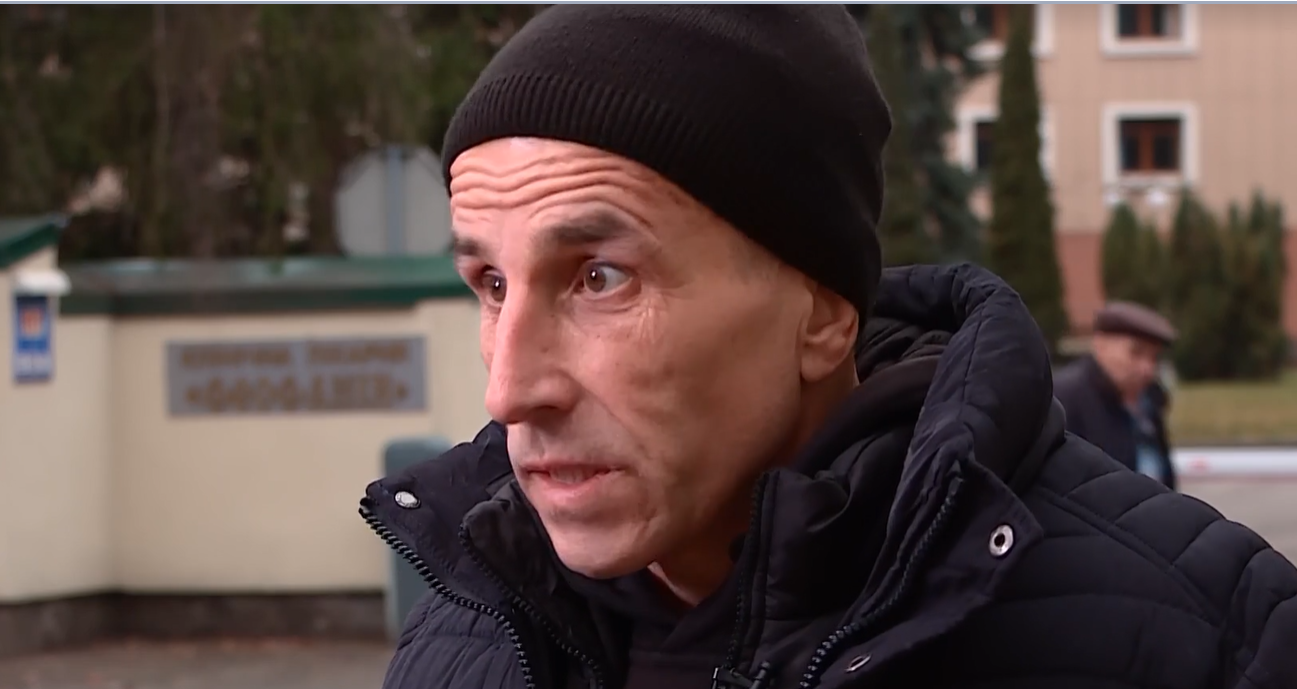 Oleh Halaziuk, one of the two Ukrainian bloggers released in the prisoner exchange on 29 December 2019, has given details of his imprisonment in the self-proclaimed ‘Donetsk people’s republic’.  The Russian-controlled militants, it transpires, did not particularly deny that he had been imprisoned for his writing, with the fact that he spoke of the so-called ‘republics’ as “occupied Donbas” even mentioned in his ‘indictment’.

As reported, Halaziuk was a lecturer in philosophy in Torez (now called Chystyakove) and wrote under a pseudonym for Radio Svoboda [Radio Liberty] and some other Ukrainian websites.  He had never concealed his pro-Ukrainian views, and had already been seized and tortured by the Russian and Russian-backed militants in 2014.  After being released then, he went to Kyiv, but found it difficult to get work and returned to Torez.  He contributed articles about life in ‘DPR’ for Radio Svoboda’s ‘Letters from Occupied Donbas’, under the pseudonym Myroslav Tyamushchy, calling the conflict “Russia’s undeclared war against the Ukrainian people”.

He was seized at the end of August 2017, although it was only after the hostage release on 27 December that year that his colleagues at Radio Svoboda learned what had happened, and reported his capture to Ukraine’s Security Service [SBU].

In his first interview to Radio Svoboda since his release, Halaziuk explains how it was only in captivity that he truly understood that the most precious thing in our lives is freedom, freedom to go where we want and to think freely. He was taken prisoner while trying to cross over into government-controlled Ukraine, and taken to the former SBU office in Torez, which is now under the control of the so-called ‘DPR ministry of state security’.  It turned out that some of the people there, who had remained and were now working for the militants, were his former students.  This did, at least, mean that he was not particularly ill-treated, although he was held with a bag over his head for the first three days.   He was not tortured, he adds, because he really had written the articles they had arrested him for (and the militants presumably did not need to extract fictitious ‘confessions’).

He was charged under the article of the unrecognized ‘DPR criminal code’ on ‘fighting organized crime’. He adds drily that the militants thus equated writing articles for Radio Svoboda with banditry.

“My crime”, he says, “lay in the fact that I wrote things that are totally obvious to the entire world, for example, that this is occupied territory according to Ukrainian legislation.  That was deemed incitement to enmity and extremism”.  This, and his reference to the lack of any world recognition for the so-called ‘republic’, were mentioned in the ‘prosecution’s’ documents. Halaziuk notes that he did challenge the conclusion of a so-called ‘expert’ who considered it criminal that he spoke of ‘DPR’ using inverted commas.

Halaziuk says that each morning in captivity, the militants played the Russian national anthem.  He points out, however, that a lot of people are waiting for the return of Ukraine.  Ukraine will return, he adds, when it becomes strong and can definitely win the war with Russia.

Although Halaziuk was much less well-known than journalist and blogger Stanislav Aseyev, whose ‘crime’ also lay in his articles for Radio Svoboda and other media, Halaziuk did not pull any punches in his articles.

On 17 July 2017, exactly three years after a Russian BUK missile downed Malaysian airliner MH17, killing all 298 people on board, Halaziuk wrote that he had walked almost 20 kilometres in the direction of the place where the plane came down “on territory occupied by the Russian -hybrid forces” and left flowers “for all Ukrainians who bow their heads in remembrance of the slain passengers of MH17”

There is agreement, he adds, that it was a BUK missile, “brought from the territory of the Russian Federation” witnessed by many residents as it was transported through the entire city.

Both Russia, and its proxy ‘republics’, exert maximum effort to crush freedom of speech and replace it with propaganda, and it seems very likely that Halaziuk’s honesty about one of the most heinous of Russia’s crimes was noticed.

For those in Ukraine and abroad who suggest giving up occupied Donbas and / or assume that those who remain on occupied territory are pro-Russian, it is worth noting Halaziuk’s words: “I am tormented by a feeling of pain for those citizens of Ukraine who have remained in occupied Donbas.  Now something terrible is happening, the wholesale blaming of people who live there, the claiming that they are traitors. Yet you can’t paint everybody with the same brush and there are Ukrainian patriots who live there and, risking their life, continue to fight. … There are more and more voices heard saying that you need to create a blockade against these people, shut them off, not let them through… This is very unfair.  Many people are not in a position to leave and you can’t ignore them, abandon them there.”