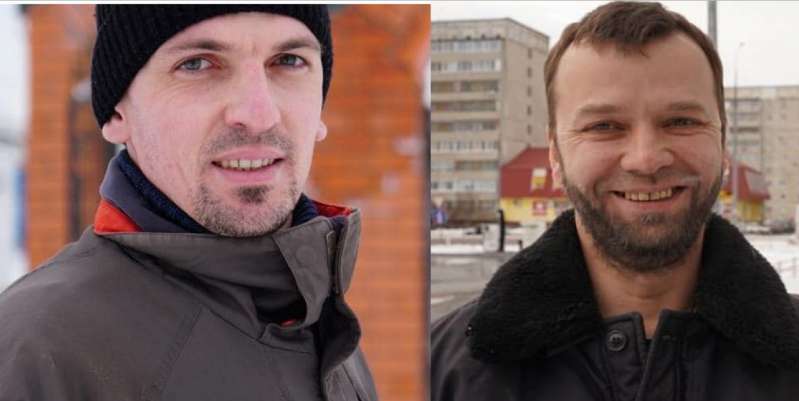 Nuri Primov and Rustem Vaitov are on their way home to Crimea after being imprisoned in Russia for five years for their religious and political views.  The two recognized political prisoners are not, however, returning to full freedom despite having served illegal sentences to the last day.  In November 2019, courts in Russia imposed 8-year periods of ‘administrative surveillance’ following their release.

At the time, Primov’s lawyer, Edem Semedlyaev condemned what is effectively a new sentence and pointed out that such restrictions are imposed where a person has been released from prison early.  This is not the case here, and Semedlyaev therefore considers that his client has had an additional punishment imposed less than six months before his scheduled release.

The restrictions are fairly onerous.  The two men will have to be home from 22.00 to 06.00 every night; will not be able to leave Sevastopol or Crimea; and will have to report to the police twice a month.  In Primov’s case, this is especially difficult as his young son lives in Kyiv, where Primov earlier studied and lived for many years.

Nuri Primov and Rustem Vaitov are two of the first four Crimean Tatars to have been targeted in what has become Russia’s most notorious “conveyor belt of repression” in occupied Crimea.  Ferat Saifullaev is due to be released at the beginning of April this year, however the FSB would not allow all four men to get sentences significantly lower that those demanded by the FSB-controlled prosecutor and Ruslan Zeytullaev is serving a horrifically long 15-year sentence.

Primov, Vaitov and Zeytullaev were arrested on 23 January 2015,  after the armed searches that have become a standard part of Russia’s terror tactics since its annexation of Crimea. Saifullaev was arrested in April.  All four men were charged with unproven involvement in Hizb ut-Tahrir, a  peaceful pan-Islamist organization which is legal in Ukraine (and other countries) and is not known to have committed an act of terrorism or violence anywhere in the world.  Russia is the only country in the world to have declared it ‘terrorist’ and it is believed to have done so to make it easier to forcibly return Uzbeks living in Russia back to Uzbekistan where they faced religious persecution.

Russia’s calculation with these prosecutions was almost certainly that the word ‘terrorism’ and the strict secrecy it imposes would deflect attention and criticism. This was, unfortunately, far too long the case.

All those convicted on such charges are recognized by the Memorial Human Rights Centre as political prisoners. In fact, in this case and in similar cases later, Memorial HRC has seen no need to wait until the end of the ‘trial’, since even if the charges had been reasonable, which they were not, Russia would still be in violation of the Fourth Geneva Convention and other treaties by applying Russian law on occupied territory.

The charges against the men were essentially based solely on a tape of a meeting arranged by an FSB provocateur, who was later a ‘secret witness’ at the ‘trial’.  The individual asked deliberately provocative questions with this ‘kitchen conversation’ which he had secretly taped then used to convict the men.  It should be stressed that the questions were not about planned crimes, but about religious and political views.  The level of such ‘proof’ can be seen in the fact that the FSB’s ‘linguistic expert’ claimed that the men were members of Hizb ut-Tahrir on the basis of a word used, although this word, originally from Arabic, is common among Crimean Tatars.

On the day that the ‘court’ in Rostov [Russia] was due to pass sentence, the four men wore T-shirts reading: ’Banned again’; ’Crimean Tatars’; Order carried out as commissioned’ and ‘the show ends’.  The ‘trial’ had been so shoddy and falsified, that even judges at the Rostov Military Court in Rostov on the Don flouted the FSB and prosecutor’s demand of 17 years for Zeytullaev and 7-8 years for the others.  The charges against Zeytullaev were changed from being the supposed organizer, to simply taking part in a Hizb ut-Tahrir group and he was sentenced to 7 years, the other men getting the minimum sentences under the charge – 5 years. It is a reflection of the reality Russia has brought to Crimea that these sentences, passed on innocent men, were seen as ‘victories’.  All sentences in later ‘trials’ on Hizb ut-Tahrir charges have been considerably higher.

Zeytullaev’s lawyer, Emil Kurbedinov believed from the outset that the FSB would not tolerate deviation from their template-like prosecutions (which are known to bring them promotion or other benefits).  He was unfortunately soon proven correct, and Zeytullaev’s sentence was challenged and then challenged again, until Russia’s Supreme Court came up with a 15-year sentence.

Zeytullaev has since been sent to Maximum Security Prison Colony No. 2 in Salavat, Bashkiria, which has a very bad reputation and which is two and a half thousand kilometres from his wife and children.

PLEASE write to Ruslan Zeytullaev and, if possible, to Ferat Saifullaev.

The letters tell both them and Moscow that they are not forgotten.  Unfortunately, all letters need to be in Russian and on ‘safe’ subjects (i.e. no politics, no comments on their cases).  If writing in Russian is a problem, the following would be fine, maybe with a photo or card (the address on the envelope can be in Russia or English)