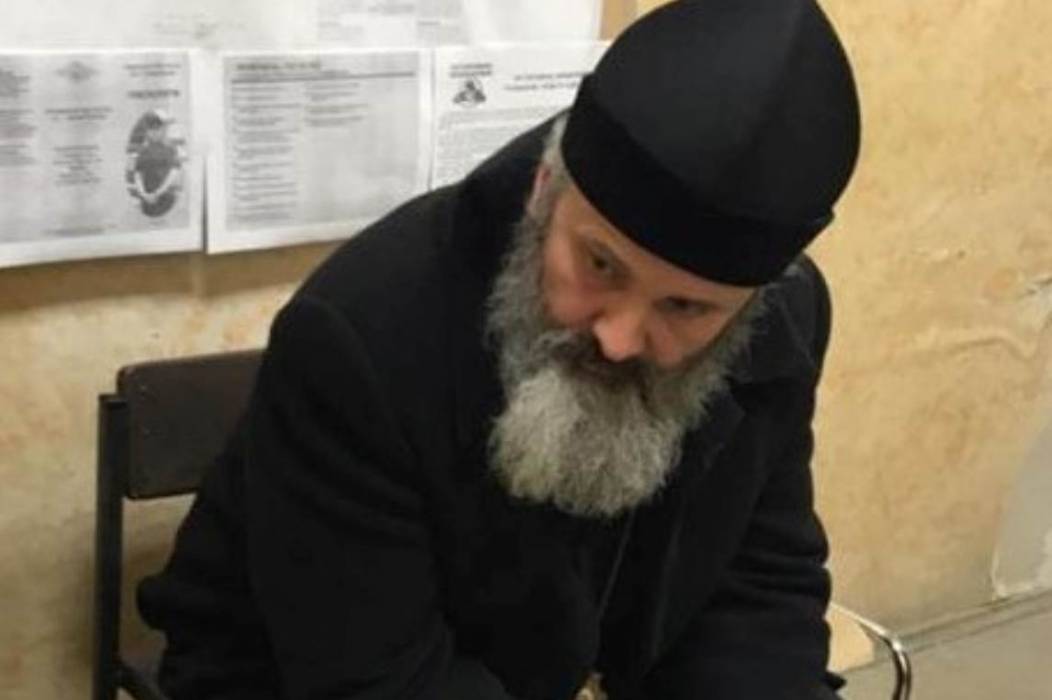 The European Court of Human Rights is to consider the complaint lodged by the Head of the Orthodox Church of Ukraine in Crimea, Archbishop Klyment over his detention by Russian enforcement officers on 3 March 2019. The Archbishop’s lawyer, Serhiy Zayets posted the letter received from ECHR on 24 January 2020, adding that they are also continuing the struggle to stop Russia’s attempts to evict the Diocese and the congregation from the Cathedral of St. Volodymyr and Olha in Simferopol.  Zayets rightly thanked lawyers Emil Kurbedinov and Nikolai Polozov who immediately reacted after Klyment was detained on 3 March 2019.  Crimean Tatar journalist and Crimean Solidarity activist, Remzi Bekirov also leapt into action, as he always did, in cases of repression, ensuring that information was streamed onto the Internet.  Bekirov was arrested himself on 27 March, and is now facing a 20-year sentence on totally fabricated charges.

On 3 March 2019, the Archbishop had been setting off for Rostov-on-Don to visit Pavlo Hryb, then the youngest of Russia’s Ukrainian political prisoners and to attend the latest court hearing in his ‘trial’. He was detained by the Russian-controlled police when already seated on the coach, and taken to the central police station in Simferopol, with Kurbedinov and Polozov arriving as soon as they could.

Klyment was held in custody until late evening, although the two separate accusations were manifestly absurd.

He was first accused, on the basis of an anonymous denunciation, of having ‘stolen’ religious items from his own church.  It was claimed that there had been a telephone call to the police, listing the items that Klyment was carrying (presumably for his meeting with Hryb).

After several hours, Kurbedinov and Polozov insisted on leaving together with the Archbishop, since he had not been detained and there were no grounds for forcing him to remain.  It was as they were leaving that the ‘police’ came up with the second surreal accusation of having used foul language.

It was already evening when Polozov reported that the deputy head of the Simferopol police had told the Archbishop that he was being taken to the Kievsky district police station to have an administrative protocol drawn up.  The absurd charge was of ‘petty hooliganism’, i.e. supposed bad language, and it looked for several hours as though Russia was planning to impose a period of administrative arrest of potentially up to 15 days.

The Archbishop was eventually released, without any protocols having been drawn up, this was clearly a dangerous new precedent in the Russian occupation regime’s persecution of Russia’s persecution of the Ukrainian Orthodox Church and of Klyment himself.  It is also quite likely that the swift reaction from the lawyers and Remzi Bekirov made it possible to give the situation enough publicity to make the occupation authorities back off.

The detention came only weeks after Klyment had appealed to the international community to prevent the effective destruction of the Church which first came under attack soon after Russia’s invasion and annexation.  Klyment had earlier warned that the persecution was likely to escalate after the creation of the Orthodox Church of Ukraine with both the Kremlin and the Moscow Patriarchate having reacted with fury to the Church’s autocephaly or independent status.

Klyment urged ambassadors of European countries, the USA and Canada in Ukraine to take the situation under their personal control. If pressure on the Church intensifies, he said, personal sanctions were crucial against those involved in trying to drive the Church from the Cathedral in Simferopol and, in general, from Crimea.

It was the Ukrainian Church, then under the Kyiv Patriarchate, that first came under fire following annexation, not least because of its openly pro-Ukrainian position and its public statement on 12 March 2014 condemning Russian occupation of Crimea.

Open repression might well have prompted further sanctions, and the occupation regime focused instead on demanding unacceptable ‘re-registration’ under Russian legislation and on depriving the Church of its land and places of worship.