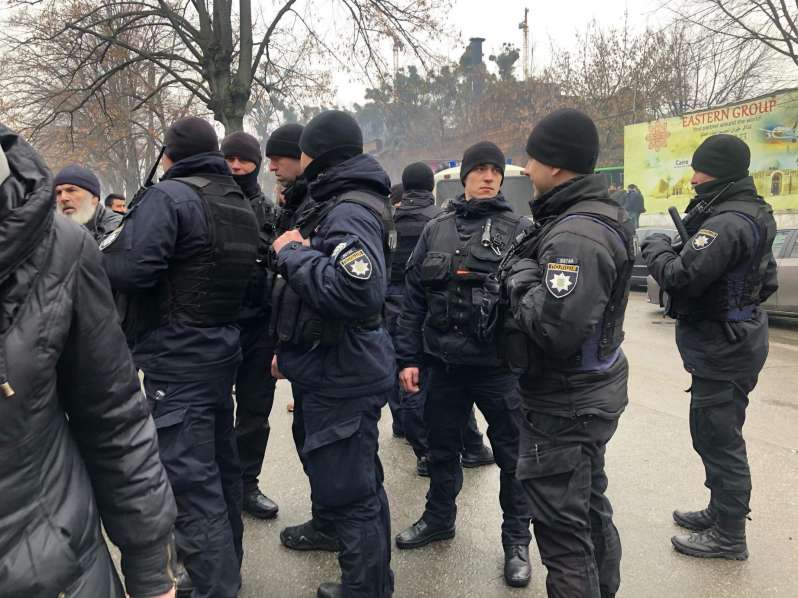 The Ukrainian authorities have once again copied the worst behaviour of the Russian occupation regime in Crimea, and have most cynically chosen to do so on Friday, a special day of prayer for Muslims.

Said Ismagilov, Mufti of the Spiritual Directorate of Muslims of Ukraine, reported on Friday afternoon that two busloads of Migration Service officers had arrived at the Mosque of the Islamic Cultural Centre in Kyiv at around midday.  They were accompanied by around 40 National Police officers in full gear, some of them even masked. They proceeded to check the documents of all Muslims heading towards the Mosque. According to the Mufti, this continued during and after prayers.  When he and others pointed out that this was a flagrant violation of believers’ rights, they were told that the checking of documents was in accordance with legislation as it was not on the territory of the Mosque.  This is a cynical attempt to justify what was undoubtedly ethnic profiling carried out at a time when Muslims are obliged to attend prayers at a mosque.  “I understand that the Migration Service has to do its work, but not at the gates of mosques, churches or other places of worship!  I can’t imagine that they would have carried out such a check of all of those going to prayer outside a Christian church or Jewish synagogue”, Ismagilov writes.  “What kind of attitude is this to Muslims of Ukraine?”

Said Ismagilov is certainly not alone in considering it totally unacceptable to carry out raids near places of worship.  He points out that he never asks people entering the Mosque what their citizenship is, and whether they are legally in the country.

“If a person has come to pray to God, then we must facilitate his prayers, repentance, good deeds and efforts to reform. And carrying out raids, checking documents near places of worship  - that is copying Russian treatment of people. In a democratic country, such methods are totally unacceptable.!”

In its report, the State Migration Service only implicitly acknowledged that their  ‘operation’ had been outside a mosque and had thus targeted Muslims at the end.  They claimed to have acted in compliance with Ukrainian legislation and with respect to members of religious and ethnic minorities.

Ukraine’s Migration Service is one of the most unreformed institutions in the country and it regularly ignores clear grounds for granting a foreign national political asylum.  It would not be at all surprising if at least some of the “15 infringers of migration legislation” that the migration officials mention were people with legitimate reasons for fearing religious or political persecution if forcibly returned to Russia, other former Soviet republics, etc.  They might well have decided that it was safer to not apply to the Migration Service, knowing the likely outcome.  12 of these people are now facing precisely such forced return.

This is not the only time that Ukraine’s enforcement bodies have carried out raids on the Islamic Cultural Centre in Kyiv.  In  March 2018, it was the SBU [security service] who burst into the territory.  There was never any follow-up, so it is hard to believe that there were good grounds for such heavy-handed measures which we have all seen too often in Russian-occupied Crimea  (details here).