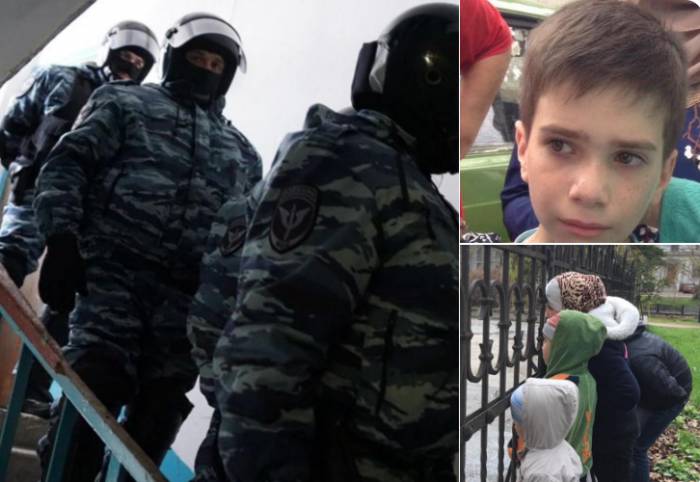 Russia broke most of its appalling human rights records in occupied Crimea during 2019,  yet the Parliamentary Assembly of the Council of Europe (PACE) still voted on 25 January 2020 to restore its voting rights.  Russia had done nothing to reverse the grave violations of international law that prompted the sanctions, but that was  deemed to be unimportant.  Not entirely irrelevant, of course, but drowned out by mantra-like claims of ‘positive moves’, both with respect to Ukraine and in Chechnya. Such ‘positive moves’ were categorically rejected by veteran Russian human rights defender Sergei Kovalev and by Ukrainian human rights groups, but ignored, as they had been back in June 2019 when PACE’s capitulation to Russia effectively became a fait accompli.

With respect to occupied Crimea, the main ‘positive move’ presented appears to have been the release of 35 Ukrainian POWs and political prisoners on 7 September 2019.  While the men’s release was undoubtedly welcome, Russia had been ordered by the International Tribunal for the Law of the Sea to release the 24 POWs and should not have included them in any ‘exchange’ of prisoners.

It also seems rather strange to hail as ‘positive’ a move which was evidently aimed at removing Vladimir Tsemakh, a key MH17 witness and, probably, suspect, from the reach of the Dutch Prosecutor.  It is clear from the video in which Tsemakh appears to be admitting to a role in the attempt to conceal the Russian BUK missile launcher used in the downing of the Malaysian airliner that his testimony at any international court would be highly incriminating for Moscow.

Since the exchange on 7 September, Russia has illegally imprisoned at least four Ukrainians from Crimea: Oleh Prykhodko; Ivan Yatskin; Halyna Dovhopola and Denis Kashuk.  The charges against them are ominously similar to those seen in numerous politically motivated prosecutions since Russia’s invasion and annexation of Crimea.  There are also at least two new Ukrainian political prisoners, seized either by Russia’s proxy Donbas ‘republics’, in the case of Oleksandr Marchenko, or by the FSB -  Volodymyr Morgunov.

Oleksandr Sedov, from the Crimean Human Rights Group, is in no doubt that Russia is collecting hostages in occupied Crimea in order to bargain hard for their release.  The human rights group has just published a report on human rights violations in 2019, and as its head, Olha Skrypnyk noted,  their findings give no grounds at all for talking of ‘positive moves’.

The report found ongoing illegal arrests; torture; religious persecution; blocking of access to the media and banning of peaceful assembly.

43 Ukrainians were illegally arrested in Russian-occupied Crimea during 2019, against 35 in 2018.  The vast majority were Crimean Tatars, and most were imprisoned for their religious and political views.

In fact, 2019 was also a record-breaker from the point of view of Russia’s attack on civic activists and journalists, with around 30 such arrests, including 24 men on 27 March.  The latter prompted the Memorial Human Rights Centre to declare all of the men political prisoners immediately and to condemn Russia’s attempt to crush the Crimean Tatar human rights movement.  Human Rights Watch has also pointed to Russia’s use of ‘terrorism’ charges as a weapon against civic activists and those who report on human rights.

Russia’s imprisonment of 9 civic journalists, its attempt to place one Crimean Tatar TV ATR journalist on the international wanted list and ban on at least three other Ukrainian journalists make PACE’s claims of the ‘need for dialogue’ seem less than honest.  Ukrainian channels are regularly blocked in Crimea and one journalist, Yevhen Haidorovsky, was deported after openly calling Crimea occupied territory.

Russia has never investigated the enforced disappearances of a large number of civic activists and young Crimean Tatars.  Skrypnyk also notes that the occupation regime is failing to carry out any probe into unexplained deaths of people held in SIZO [pre-trial detention prisons].  They have documentary proof of 25 such death from 2014-2018.  Prisoners in the Simferopol SIZO are also effectively tortured through the failure to provide medical care, as well as the general overcrowding, filth and poor sanitation.

Russia is using ‘terrorism’ charges as a form of religious persecution, with 35 of the arrests in 2019 being on unproven charges of involvement in Hizb ut-Tahrir, a Muslim movement which is legal in Ukraine and which no other country but Russia has ever tried to call ‘terrorist’.  It is also persecuting Ukrainian Jehovah’s Witnesses, with at least one Ukrainian, Serhiy Filatov, already on trial for his faith.  Baptists, Scientologists and Hare Krishna followers are also prohibited from practising their faith.  Repressive measures aimed at driving the Orthodox Church of Ukraine out of Crimea are also continuing.

PACE delegates doubtless had their reasons for giving in to Russia, but the above are just some of the reasons why citing ‘positive moves’ will not wash.

Rustem Vaitov  (released in January 2020 after serving their sentence)

Nuri Primov  (released in January 2020 after serving their sentence)