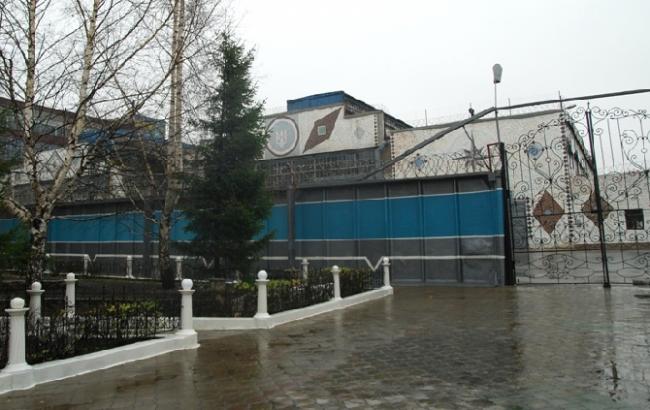 Kharkiv prisoners who were brutally beaten after complaining of torture are now facing physical reprisals if they do not withdraw their formal complaints.  The men in question remain under the full control of the prison staff whose treatment they originally alerted human rights monitors to, and clearly feel extremely vulnerable.

It was only on 3 February after lawyers and human rights monitors from the Kharkiv Human Rights Group were able to visit prisoners at the Oleksiivska Correctional Colony No. 25 in Kharkiv.  Access had been consistently blocked, even for individual prisoners’ personal lawyers since the events on 8 January, which KHPG has reason to believe was a punitive operation by Penitentiary Service spetsnaz officers in masks and full military gear. This operation appears to have particularly targeted those prisoners who had spoken to KHPG monitors on 3 January and complained to them of ill-treatment and torture.

The State Penitentiary Service claims that this was no punitive operation but a justified reaction aimed at suppressing an imminent revolt by prisoners. After lawyers were turned away without warning in the first days after the operation, the Penitentiary Service seems to have formally imposed a ‘state of emergency’ until 29 January.

The fact that it had ended did not stop the administration at Oleksiivska from refusing access to KHPG lawyers and monitors on 30 January.  It was only on 3 February, that they were finally about to speak to prisoners and once again found that two say that they were not only beaten on 8 January, but also since then.  The prisoners asserted that they were beaten to try to force them to retract their formal reports of torture.  Prisoner I. says that he was beaten on 18 January, Prisoner C – last week, with attempts made on 31 January to get him to reject the services of his lawyer and to withdraw his formal complaint.  The monitors also found that several men beaten on 8 January had still not been examined by a forensic medical expert.

KHPG lawyers have appealed to both the State Bureau of Investigations and the Prosecutor General’s Office over the situation.  They point out that the prisoners are under the total control in the Oleksiivska Prison of the prison staff whose treatment they have complained about. The latter, they say, are putting pressure and using unlawful physical force against them to force them to retract the complaints and to renounce their independent lawyers. Nor, unfortunately, is the problem confined to the prison staff.  There have also been visits from officers of the North-Eastern Inter-regional Department of the Penitentiary Service and Probation who have also tried to intimidate the prisoners who complained of torture.

The authors of the appeal ask for the forensic examinations to be carried out immediately.  The 34 prisoners who are aggrieved parties in the criminal proceedings initiated over the events at the prison should be moved to other institutions that are not under the control of the North-Eastern Inter-regional Department, or should at least be placed in a separate unit under police guard.

The authors have learned that on 4 February, the Oleksiivska Prison administration gathered together all the prisoners who lodged complaints and gave them two days to retract them, threatening serious physical reprisals if they do not.

The lawyers have also sent the State Bureau of Investigations and Office of the Prosecutor General a ninth report of violations of the law at Oleksiivska Correctional Colony No. 25.  That report added 16 new complaints from prisoners to the already significant number of shocking accounts of torture and ill-treatment.

Of the 39 prisoners who have now lodged such complaints, 17 complained of unlawful actions by the prison staff before the operation on 8 January, and specifically torture; beatings; extortion; and slave labour.  24 prisoners have filed complaints over the 8 January operation, and a further two over beatings on 18 and 29 January.

As reported, the accounts given by different prisoners paint a largely consistent and very worrying picture, with the men alleging beatings on various parts of the body; being stretched in splits position or subjected to near asphyxiation with bags placed over their heads; or to electric shocks.  One of the aims of such treatment, the men allege, was to get them to ring their families and get them to transfer money to certain bank accounts or to force them to extort money from other prisoners.

The reports gained wide publicity and on 10 January the State Bureau of Investigations announced an investigation into the reports of physical force used by the staff at the Oleksiivska Correctional Colony. That pre-trial investigation is under 365 § 2 of the Criminal Code over suspected exceeding of power or official duties. On 13 January, the Prosecutor General’s Office announced that it had registered a number of criminal proceedings - over suspected torture under Article 127 § 2 of the Criminal Code); abuse of power with the use of force or threat of force (Article 365 § 2) and flagrant violation of labour legislation (Article 172 § 1).

KHPG lawyer Hennady Tokarev comments that “Effective investigations into allegations of torture exist only in the various reports issued by Ukraine’s government”.  While good that SBI and the Prosecutor General’s Office did react, active measures need to be taken to secure medical evidence of beatings and to ensure that those who may have a vested interest in distorting the truth are not free to put unlawful pressure on men under their control.