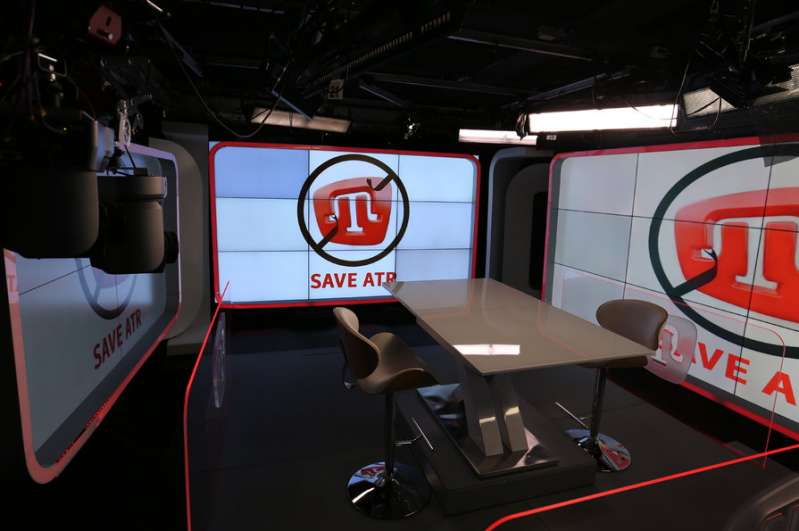 For the second time in months, TV ATR, the only Crimean Tatar channel in the world and one of the few sources of truthful information about Crimea, is on the brink of closure because the Ukrainian authorities have blocked funding.  The situation is critical and the assurances from the Minister for Culture, Youth and Sport that his ministry is seeking a solution are not good enough.  Ilmi Umerov, Deputy Crimean Tatar Mejlis head and former political prisoner, has said that by blocking ATR Ukraine will be giving up Crimea, and asks bitterly whether the next step will be to provide water to occupied Crimea (thus abandoning the peninsula and its people once and for all).

There is no good reason why Ukraine should abandon a pivotal channel, broadcasting in Ukrainian, Crimean Tatar and Russian and carrying out a unique role in fighting Russia’s information war.  Russia has crushed all independent media in occupied Crimea and has already imprisoned nine Crimean Tatar civic journalists reporting on repression.  Why would Ukraine help Russia’s information warfare by itself strangling one of the few remaining sources of information?

The problem first emerged in January and coincided with the authorities’ inexplicable decision to axe the English- and Crimean Tatar- language services on the state-run UATV.   On 10 February, the channel again announced that its financing had been blocked, despite funding having officially been allocated and said that it was facing closure.  It has initiated an appeal for donations, however this can in no way replace state funding.

Volodymyr Borodiansky, Minister for Culture, Youth and Sport, has confirmed that 50 million UAH was allocated in the budget for this year for TV ATR.  8.4 million UAH should have been made available, however the state treasury did not carry out the operation “because there turned out to be differences in interpretation of the law on public procurement between ATR and the treasury.”   Whatever this means, Borodiansky insists that they are now mutually seeking a solution.

Serhiy Kostynsky, a member of Ukraine’s National TV and Radio Broadcasting Council, has warned that the closure of ATR would cut people in Crimea off from Ukrainian content and would spell disaster for Ukraine in its information war on the peninsula.  Without ATR, it will be much harder to fight pro-Russian propaganda in Crimea.  He stresses that with Ukraine’s main television channels having recently begun coding their satellite signal, ATR is virtually the only remaining influential media providing Crimeans with Ukrainian content.

Kostynsky also believes that this would mean that the Ukrainian state is totally giving up on Crimea and the Crimean Tatars.  “The closure of Crimean Tatar media as the result of the actions or inaction of the government symbolizes the helplessness and the indifference of the Ukrainian state to the liberation of Crimea, the preservation of national culture and, generally, to the liberation and preservation of the Crimean Tatar people”.

Nariman Dzhelyal, one of the only Crimean Tatar leaders whom Russia has not driven from Crimea,  writes that the current situation is typical of the Ukrainian authorities who have learned nothing from Russian occupation.

“Some may think that the existence of ATR is not so important for Ukraine. I would remind them that Ukraine is facing the loss of sovereignty because the government has proven incapable of understanding who is their enemy, and who their friend.  Judging by everything, in six years, they have still not learned.

ATR was forced off air in occupied Crimea on 31 March 2015 after Russia used its demand that all media re-register under Russian legislation as an excuse to drive out effectively all independent Crimean Tatar media.