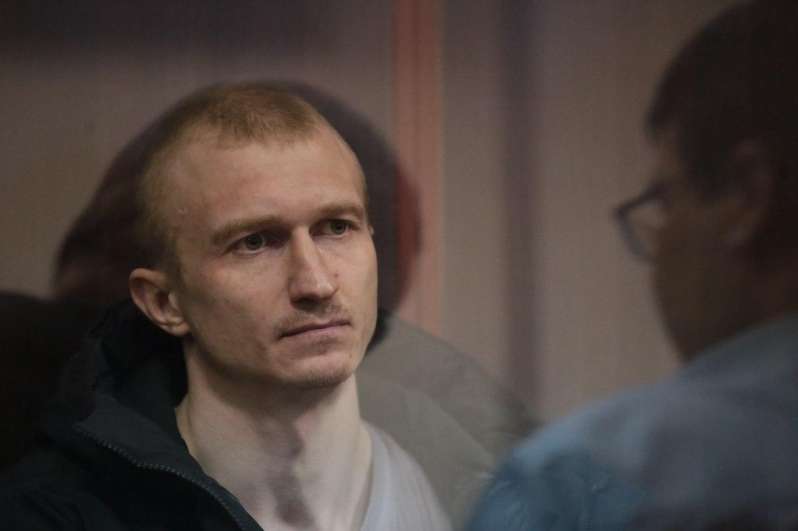 A former Omega special force officer, accused of killing one Maidan activist and wounding another, has been placed under house arrest and ordered to wear an electronic bracelet.  The Pechersky District Court in Kyiv on 19 February rejected the prosecution’s request for 33-year-old Volodymyr Kosenko to be remanded in custody, despite grounds for fearing that the suspect could abscond.

It was reported on 18 February that a former Omega Unit officer had been detained by investigators from the Maidan department within the State Bureau of Investigations. That same day, the Prosecutor General’s Office informed that the person, who was not identified, had been charged with murder and attempted murder (under Article 115 § 2 of Ukraine’s Criminal Code), as well as exceeding official powers (Article 365 § 3). If found guilty, he could face anything up to life imprisonment.

Kosenko is accused of having deliberately aimed and shot at protesters on Instytutska St. in the morning of 20 February 2014.  The prosecution asserts that the Omega officers worked closely with Berkut officers and that they were shooting, without trying to ascertain whether those they were targeting were unarmed. Kosenko is believed to have killed Oleh Ushnevych and wounded Vitaly Hukov.

According to Yevhenia Zakrevska, a lawyer representing Maidan victims or their families, investigators have established that the bullets were fired from a Fort 14 pistol which had been issued to Kosenko.  She explains also that the morning after the gunning down of protesters, representatives of the Human Rights Ombudsperson’s Secretariat found bullets on the snow barricade that were also fired from Kosenko’s pistol. She believes that from there he would have been able to hit Hukov who was wounded within firing range.

The prosecutors Ihor Zemstov and Oleh Bahnyuk had asked that Kosenko be remanded in custody, citing fears that he would otherwise go into hiding.  Over the past six years, several key suspects have fled, most often to Russia, when freed from custody,  so the concerns can hardly be considered ill-founded.  The prosecutors had also asked that Zakrevska, as representative of those with victim status, be included in the proceedings, however this was opposed by the defence and rejected by judge Oleksiy Sokolov.

The court was informed of the evidence so far obtained.  This includes the testimony given by Hukov, as well as the forensic examination of his wounds.  One was from a Kalashnikov rifle, another was part of a calibre 9 bullet which could have come from the Fort 14 pistol.

The prosecution also presented an expert assessment which found that the bullets which hit Ushnevych and Hukov, as well as another bullet found by a witness, came from a pistol registered under Kosenko’s name.  He had, on 9 February 2014, received a Kalashnikov and the Fort-14 pistol, both of which he returned two weeks later.

The prosecutor also cited other testimony from former Omega unit officers indicating that they were deployed in the relevant part of Instytutska St.

Judge Sokolov allowed the defence’s appeal against Kosenko’s detention, and refused to remand him in custody, imposing only 24-hour house arrest.  Only the result of his brief deliberations was reported, not his reasoning.  Aside from denying the charges, the defence had asserted that, if Kosenko had wished to flee, he would have done so by now.  This argument does not necessarily hold as the charges against him had only just been laid

Kosenko had earlier testified during the trial of five former Berkut officers charged with the murder of 48 Maidan activists. According to Zemskov, during questioning over that case, Kosenko said that he had shot at streetlights “so that you couldn’t see where the police officers were on Maidan”, and denied having shot at protesters.

The court hearing ended well after 22.00 with police officers (or ex-officers) , who had come to show support for Kosenko, often verbally clashing with Maidan activists and relatives of those killed.