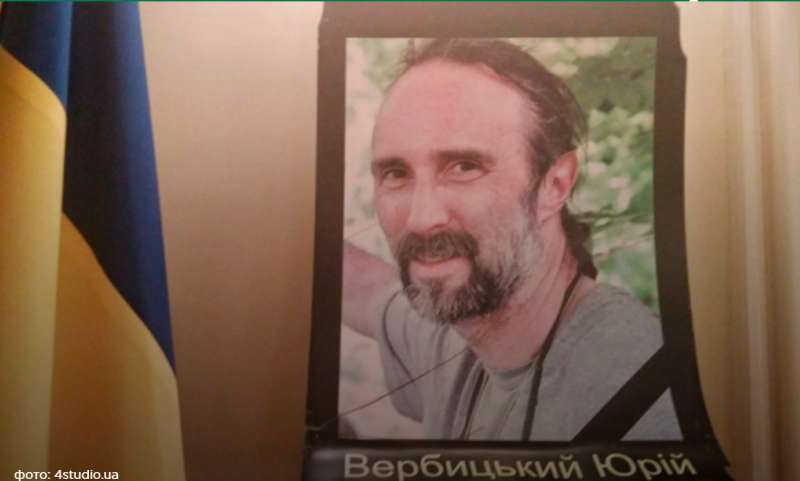 One of the men suspected of the abduction of two Maidan activists and savage killing of one of them has been remanded in custody, with news that another man, as yet unnamed, has also been detained.  Serhiy Myslyvy is believed to have been one of the government-paid thugs [‘titushki’] behind the abduction of Yuri Verbytsky and well-known journalist, Ihor Lutsenko from a Kyiv hospital on 21 January 2014.  Lutsenko was found the following day, badly beaten, but alive.  Verbytsky’s body was found in the Boryspil Forest near Kyiv on 23 January.  The 50-year-old seismologist from Lviv had sustained horrific injuries, and then been left, in freezing temperatures, to die.

Both Myslyvy and the unnamed man, whose detention was announced on 12 March, are from Bila Tserkva in the Kyiv oblast and are believed to have been part of a group of nine ‘titushki’, hired to abduct and terrorize Maidan activists and to obstruct peaceful protests.

Myslyvy is accused of having burst into the Oleksandrivska Clinic at around 4 a.m. on 21 January, together with other thugs, and abducted Verbytsky and Lutsenko.  The charges against him are of murdering a hostage or abduction (Article 115 § 2 of Ukraine’s Criminal Court); torture (Article 127 § 2) and illegally depriving a person of their liberty (146 § 3).  If convicted, he faces a sentence of up to 12 years’ imprisonment.

According to Yevhenia Zakrevska, a lawyer representing Maidan victims or the families of slain activists, Myslyvy effectively admitted, during the hearing in the Pechersky District Court on 12 March, that he had been in hiding, and had been consulting lawyers for several months “to resolve this issue”.

Prosecutor Yulia Malashych justified the need for Myslyvy to be remanded in custody by noting that he had been in hiding abroad, as had others suspected of the crime, since 2014.  The investigators believe that he was living in France and under a different name, having received a passport under the name Bylchenko at the beginning of 2015.  Malashyts also pointed to the weight of evidence against the suspect, including from witnesses who had agreed to cooperate with the prosecution and telephone records on the night of the abduction. .

Myslyvy was represented by two lawyers, Dmytro Loyfman and Vitaly Meheda, who came up with some fairly extraordinary claims.  Meheda, in particular, tried to call Verbytsky’s murder “an accident”, and to claim that the charges against Myslyvy were “politically motivated”.

The prosecution responded to the use of the term ‘accident’ by pointed out that Verbytsky had suffered 36 fractures and over 50 bodily injuries.

Judge Halyna Matvychuk allowed the application from the prosecutor to remand Myslyvy for two months, until 8 May.

Ihor Lutsenko was present during the court hearing.