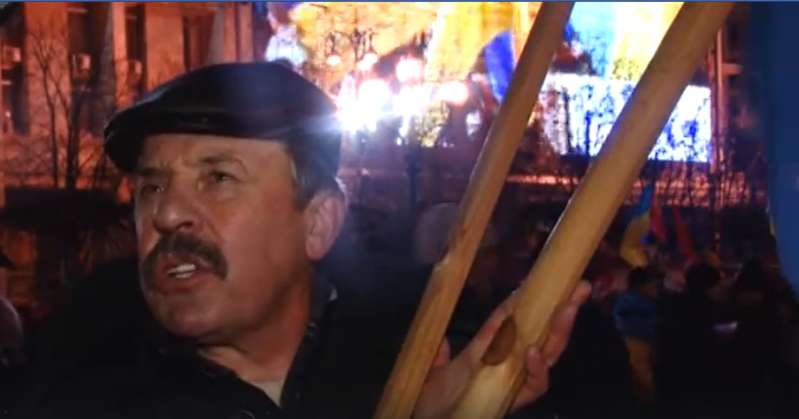 Mustafa Osmanov, veteran of the Crimean Tatar national movement and of Ukraine’s Revolution of Dignity (Euromaidan) died in occupied Crimea on 13 March after a heart attack. He was implacably opposed to Russia’s occupation of his homeland and, together with his son, had faced persecution for this stand, but he is probably most fondly remembered throughout Ukraine for the special role he played during the Maidan protests in the winter of 2013/14.

Appalled by the vicious attack on young Maidan activists in the early hours of 30 November 2013, Osmanov, understood that he could not look the other way.  A number of members of his family, colleagues and neighbours from his village, including an ethnic Russian, joined him, while others saw the group off, providing them with food items for their very special task.  Osmanov, a businessman who owned several restaurants and hotels, took some 20 kilograms of meat, and 20 of rice, together with a massive wok-like pot, and set to preparing hot pilaf for Maidan activists standing in freezing temperatures.  He and his helpers ‘fed’ around 250 people each day on Maidan. 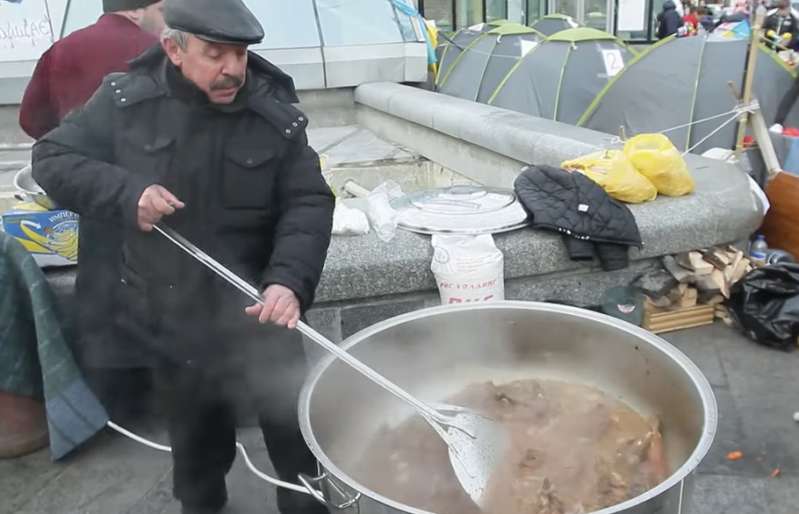 Osmanov had taken part in the Crimean Tatar national movement from the 1980s, and made no secret of his opposition to Russia’s invasion of Crimea.

He, his wife and their son, Edem, were among around five thousand Crimean Tatars who came on 3 May 2014 to the Armyansk administrative border crossing to meet veteran Crimean Tatar leader Mustafa Dzhemilev whom Russia had just banned from his homeland.  They were confronted by large contingents of Russian riot police and military, and given the danger of bloodshed, Mustafa Dzhemilev decided to return to Kyiv.

Recalling that day, in an interview to Krym.Realii, Osmanov said he had been stunned by the number of masked men in military uniform without insignia were waiting there for them. The lack of insignia, he said, meant that Russia could claim (as it tried to do about its invasion of Crimea), that these were not Russian military men.  Some of those present tried to explain to these men that this was Ukrainian territory and that they had the right to move around without obstruction. Asked what impelled people to come to meet Mustafa Dzhemilev, Osmanov said: “We were sure that we were in the right.  We had not broken any law and demanded that the other side also observe the laws of our country.”

Edem Osmanov was one of five Crimean Tatars who faced trumped-up criminal charges over the events on 3 May 2014, and on 7 December 2015, received a one-year suspended sentence.

On 7 September 2014, the occupation regime carried out a search of the Osmanov home on an obviously absurd pretext.  Edem Osmanov said that the search could have been because of the family’s clear stand.  He and his brother drove about, he added, with a Ukrainian flag, and there was a Crimean Tatar flag hanging in their courtyard.

Mustafa Osmanov can be heard explaining here how appalled he was at the attack on young students on Maidan, how he had known he must react and how he did, here  https://youtube.com/watch?v=k8vyHmDw3nU.