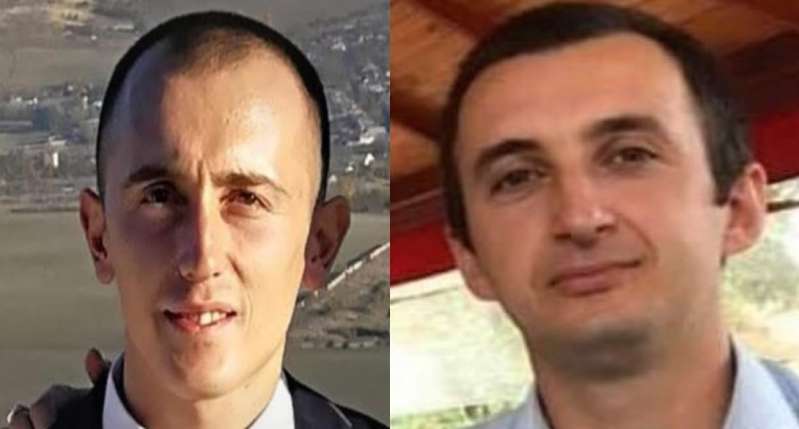 Two young men were subjected to searches in Russian-occupied Crimea on 16 March, with 26-year-old Dilyaver Ibraimov then effectively abducted and only released around 12 hours later. The enforcement bodies refused to tell lawyer Emil Kurbedinov where the young man was, thus depriving him of legal defence.  On other occasions, men abducted in this manner have later reported being savagely tortured in order to get them to agree to collaborate with the FSB or sign ‘blank confessions’.

Crimean Solidarity reports that two searches were carried out on 16 March in the Dzhankoy region of Crimea, the second being in the home of another Crimean Tatar Osman Kurtaliyev.  He is not living in Crimea, and it was his mother, Ediye Kurtaliyeva who was in the house during the search which last around two hours.  The FSB, she says, are accusing her son of involvement in Noman Çelebicihan (or Asker) Battalion, which is legal in Ukraine.

In its many politically-motivated prosecutions of Crimean Tatars on similar charges, the Russian FSB claim that the Noman Çelebicihan Battalion is “an unlawful armed formation, acting on the territory of a foreign country for purposes which are against the interests of the Russian Federation”.

Osman Kurtaliyev is, fortunately, out of the FSB’s reach, unlike 55-year-old Nariman Nezhmudinov, who was seized by the FSB in early February 2020, with the arrest only reported on 17 February. Although Russian and Russian-controlled media claimed that “The FSB in Crimea have detained a Ukrainian national battalion fighter” and showed the FSB in full military gear bursting into Nezhmudinov’s home, the FSB’s own video recording gave the lie to the propaganda claims.  The FSB can be seen pinning to the ground a person who is evidently older and unarmed.  The man can later be seen signing documents at a table with several packages clearly containing his medication.

Although very little information is available, it does seem possible that the two searches carried out in the Dzhankoy region of young Crimean Tatars were in some way linked.

The ominous difference in Ibraimov’s case lay first in the fact that he was at home at 7 a.m. when the FSB turned up, and that he was there alone. There would have been no reason for the secrecy over the next 12 hours and refusal to tell Ibraimov’s lawyer Kurbedinov that the young man was at the FSB office in Simferopol had the young man not been subjected to torture or other illegal forms of pressure.