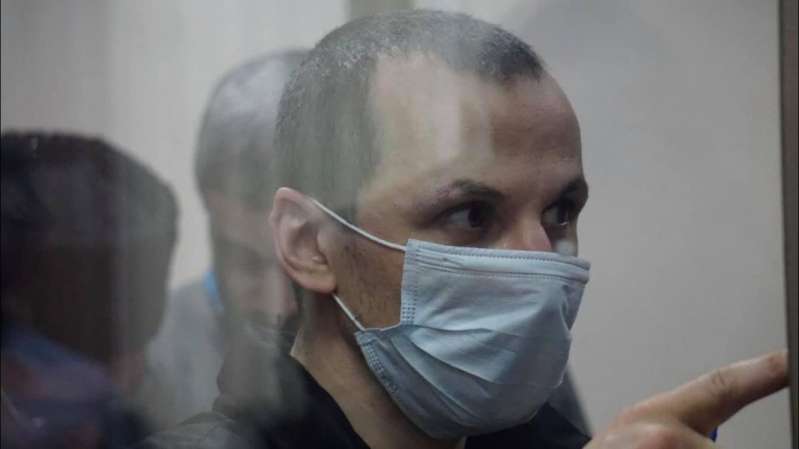 Two of the eight Crimean Tatar civic activists on trial in Russia have a temperature, a dry cough and / or other symptoms associated with coronavirus, yet no tests have been carried out, despite the evident danger to all of the men  Against the background of such appalling negligence, the ban on family members visiting the political prisoners or even attending the court hearings seems punitive, rather than aimed at protection from infection. On 18 March, Russia’s Supreme Court ordered that court hearings take place without the press or public being present.  That may seem obvious during a pandemic, but so too is testing men who could be in danger themselves and infect others.

The hearing on 19 March was the men’s appeals against their totally unwarranted detention.  It was dubbed ‘torture-like’ by lawyer Alexei Ladin, lasting until well into the evening.  Seven of the appeals were, predictably, rejected, however review of Server Mustafayev’s appeal was postponed until 23 March.  This was at the insistence of Mustafayev and his lawyer, both because Mustafayev was in no state to exercise his right to defence and because of the risk of infection to the others taking part in the hearing.  The court resisted for some time, and even insisted on interrogating the paramedic called because of Mustafayev’s condition.  Lawyer Aider Asamatov notes that the paramedic appeared afraid to speak, nervous and very cautious in what he said.  “With trembling voice, he was unable to answer definitely whether Mustafayev had a temperature, and whether or not he could take part” [in the hearing]. The paramedic may have been intimidated, but not so Mustafayev and his lawyer, and they did eventually force adjournment, at least in his case.  In fact, the entire hearing should have been adjourned, since Ernes Ametov was also showing most of the same symptoms, but that did not happen.

The hearing was torture-like for other reasons as well.  The men had had nothing to eat or drink since 7 a.m., and were only able to eat something finally at around 15.00.  Since the food sent from the SIZO [remand prison] yet again contained pork, which the men as practising Muslims cannot eat, they were left with a very small amount of sustenance for over 12 hours.

Mustafayev is a civic activist and journalist, and one of the coordinators of the Crimean Solidarity civic initiative which arose in response to the mounting number of Crimean Tatar and other Ukrainian political prisoners in occupied Crimea.  Mustafayev was also one of the first Crimean Tatars to understand the need for civic journalism and to begin streaming the constant searches and arrests online.  As well as providing vital information to mainland Ukraine and abroad, this also alerted other activists who would immediately come to stand and peacefully show solidarity.  The Russian occupation regime first reacted by rounding up men who were simply standing outside, with obedient ‘judges’ then jailing them for up to 10 or 15 days.  When this overt intimidation failed to deter activists, more draconian forms of repression began.  From the arrests of the first six men now on trial,  at least half of the people arrested on spurious ‘terrorism’ charges have been civic activists, including many from Crimean Solidarity.

The arrests on 11 October 2017 of Suleyman (Marlen) Asanov; Ernest Ametov;  Memet Belyalov; Timur Ibragimov; Seiran Saliev and Server Zekiryaev , and then on 21 May 2018 of Server Mustafayev and Edem Smailov were the first time that Russia so obviously targeted Crimean Solidarity and other civic activists and journalists.  The men are all facing huge sentences for alleged ‘involvement’ in Hizb ut-Tahrir, a peaceful pan-Islamist movement which is legal in Ukraine and is not known to have committed any acts of terrorism or violence anywhere in the world.  Russia is literally the only country to have declared Hizb ut-Tahrir ‘terrorist’, and its Supreme Court did so in 2003 at an effectively secret hearing which was only made public when it was too late for it to be appealed.