Tortured but alive! Over two years waiting for news of Donbas militants’ hostage Desperate plea from the wives of Donbas men seized and sent to fight Russia’s war against Ukraine‘I was afraid that I won’t be killed at once but will be maimed’ – a resident of RubizhneLife sentence in Ukraine’s first war crimes trial since Russia’s total invasion but questions remain Russia deports Ukrainians to occupied Donbas, forcing them to fight its war against Ukraine Russian invaders destroy 97-year-old Ukrainian WWII veteran’s home Romani Voices From Hell: Discrimination, Epidemic, WarRussia is forcibly ‘mobilizing’ Ukrainians from occupied territory to fight its war against Ukraine Russia plans total ‘filtration’ of Mariupol men and forced ‘mobilization’At least 50 Ukrainians were burned to death in Russia’s bombing of Mariupol hospitals Position of the participants of the CivilMPlus platform on EU assistance to UkraineRussian Rule of Lawlessness in Occupied Crimea and Donbas‘International institutions must protect Ukrainians from abductions and executions’, Ukrainian SCOsRussia is forcing Ukrainians from occupied Crimea and Donbas to fight in its invasion of Ukraine Ukrainian survivors of the Holocaust demand Putin and Russia get out of Ukraine Russian schoolchildren told that Russia is bombing and killing Ukrainian children in ‘self-defence’ Russia kills Minsk Agreement, with lives of over 300 Ukrainian hostages and POWs in danger Joint statement by UHHRU and KHPG on consequences of “recognition” of the self-proclaimed Donetsk and Luhansk People’s Republics by RussiaStaged Donbas ‘evacuation’ and fake sabotage in Russia’s war against Ukraine. Where are the sanctions?Russia is already holding many Ukrainian POWs without any declaration of war
• Topics / The right to liberty and security 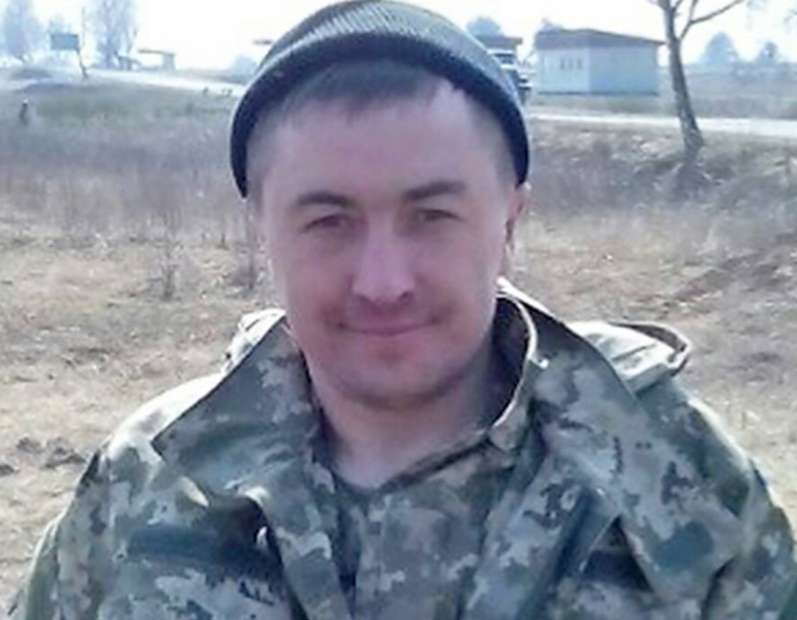 Roman Onishchuk was taken prisoner by militants of the Russian proxy ‘Luhansk people’s republic’  in June 2015, and there has been virtually no information about him since.  It was only with the major exchange of prisoners in December 2017 that his mother, Halyna Onishchuk, and the Defence Ministry received any confirmation that he was alive.

Onishchuk had worked on the railways before being called up in 2014.  His home is only around 50 kilometres from the border with Poland, and he himself is part Polish.  In an interview to the Belsat Polish Service, Halyna Onishchuk said that her son had dismissed any possibility of fleeing to Poland to escape mobilization, and had accepted that it was his duty to serve in the armed forces.

He was seized by Luhansk militants in broad daylight on 15 June 2015 while travelling by taxi to his military unit.  They let the taxi driver go and it was the latter who informed the police of the abduction.  They had been driving through the Borivske checkpoint, he said, around 35 kilometres from the frontline. An armed and masked man walked out in front of the car.  The taxi driver tried to turn the car around to get away, but the armed militant opened fire at them.  Then two men in camouflage gear came to the car and dragged Onishchuk away.  In this case, as in those of other prisoners of war and hostages, it is possible that this is not the full truth and certainly the Defence Ministry has reported that he was seized while carrying out a military task.

Onishchuk was believed missing without trace until December 2017, however his mother was convinced that he was alive.  At some point during those two years she received a call from an unknown number.  A stranger asked if this was Roman’s mother and where his parents work and live.  She says that she understood that the person was calling from ‘LPR’ and pleaded with him to just tell her if her son was there. She says the person answered affirmatively, though gave no further information, and she heard nothing more until a freed hostage was about to confirm that her son was alive and being held in the Luhansk SIZO [remand prison].

Whether he is still there is unclear and there is total secrecy from the militants.  Halyna Onishchuk waited during the last exchange on 29 December, 2019, vainly hoping that her son would be among those freed.

She explained to Belsat’s Monika Andruszewska that she and her son are from a village with such mixed ancestry that nobody considers whether you are Polish or Ukrainian.  She says that as long as she can remember, they have always gone to both the Catholic church on religious holidays, and to the Ukrainian Greek-Catholic.

Sister Anna from the Catholic convent told Belsat that Halyna Onishchuk had come up to her asking her to pray for her son.  She says that she heeded the call and calls on others to pray for the young man’s release. .

Thus far, their prayers have not been answered and there is no clarity as to why the Luhansk militants are particularly secretive.  If the OSCE’s monitors were allowed to at least see those POWs in the self-proclaimed ‘Donetsk people’s republic’ whom the militants wanted seen, the Luhansk militants have not allowed a single international NGO to visit the POWs they are holding.

There may be a very ominous reason for such secrecy and for why some prisoners are not returned to government-controlled Ukraine.  Tetyana Katrychenko from the Media Initiative for Human Rights fears that the reason could be that the marks from torture may be too visible.  Andruszewska spoke with other sources who even suggest that the militants could have cut off his finger or hand, although there is no way of confirming this.

Negotiations are continuing in Minsk for another exchange of prisoners.  At present, the militants are believed to be holding at least 200 POWs and civilian hostages.