Ukraine’s new Prosecutor General moves to reverse progress on solving Maidan crimesWho is behind the campaign to discredit Maidan and turn its victims into perpetrators?Sombre Anniversary with hopes of justice for Maidan victims waningOdesa activist and target of three savage attacks charged with murdering his armed assailantProtests throughout Ukraine following 7-year sentence against civic activist Serhiy SternenkoThere’s always a choice. Anti-war activities in Russia, 23-27 August 13-year sentence against Belarusian investigative journalist who helped expose crimes against Ukraine Prominent Ukrainian activist Roman Ratushny killed defending Ukraine against Russian invaders Summary of events that took place in Kharkiv and Kharkiv region during the first 30 days of the full-scale Russian-Ukrainian war (February 24 – March 25, 2022)Over 50% of Ukrainians willing to take up arms or otherwise resist further Russian invasion of Ukraine Neo-Nazi Russian nationalist exposes how Russia’s leaders sent them to Ukraine to kill UkrainiansA brief description of the KHPG strategic litigations in the first half of 2021Remember 16-year-old Stepan Chubenko and how Russia protected his Donbas militant torturers and killers Prisoners’ rights in Ukraine 2014-2021: KHPG reportRussia’s Lie Machine Fans Flames of Odesa ‘Massacre’Belarus KGB arrest journalist who identified the Ukrainian Berkut helping Lukashenka regime 2020: There was no worse year in the realm of human rights after the Revolution of DignityKey insurgent admits there was no civil war, just Russian aggression A brief description of the KHPG strategic litigations in July–December 2020Moscow’s proxy ‘republics’ announce that Donbas is and always was ‘Russian’
• Topics / The right to life
• Topics / Law enforcement agencies 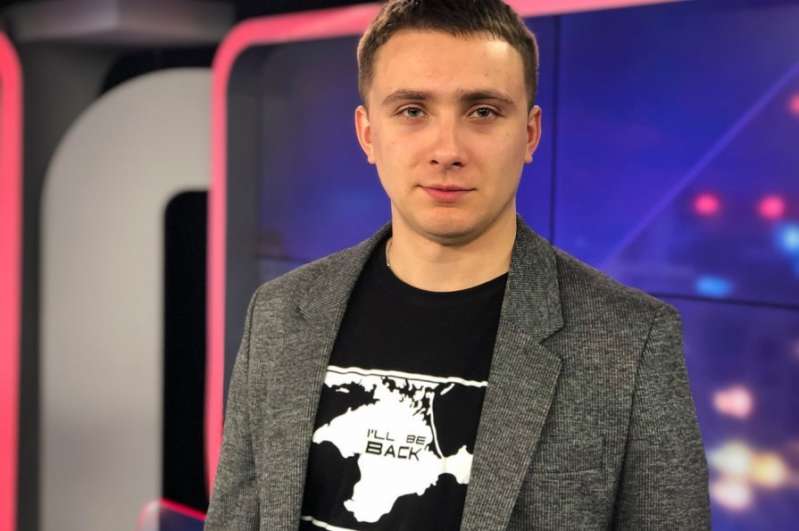 One of several high-profile criminal investigations that could be in danger after the new Prosecutor General Iryna Venediktova removed top prosecutor Viktor Trepak is that of three attacks on Serhiy Sternenko, an Odesa civic activist with radical nationalist views.  As well as fears that progress may be halted, several NGOs have suggested that the investigation could be turned upside down, with Sternenko as the person who ends up on trial.

Sternenko has repeatedly come into conflict with the authorities in Odesa over his opposition to illegal construction work and appropriation of land in the city.  He is a former leader of Right Sector, an ultra-nationalist and right-wing movement, and has been involved in many protests of questionable legality.  At the time of the attacks he was the head of an NGO called «Небайдужі» (“Not Indifferent”).  He has faced various criminal investigations, which fellow civic activists assert were linked with his civic activism, as well as three attempts on his life in 2018.

According to Dzerkalo Tyzhnya, the three attacks in the first half of 2018 came after Sternenko took part in protests against the destruction by the local authorities of the Summer Theatre and after he organized a series of protests against Russian cultural expansion in Odesa.

On 1 May 2018, he was shot in the neck twice with rubber bullets.  Sternenko managed to catch the assailant and hand him over to the police.  The attacker proved to be a former police officer from Kazakhstan, who refused to cooperate with the investigators, and say who had paid him.

Despite the fact of two serious attacks in less than six months, Sternenko’s application for protection was rejected.  Due to the above-mentioned criminal investigations, he was not allowed to carry a weapon.

The third attack was just weeks later, in the evening of 24 May 2018.  He was near his home, with his girlfriend, when two men attacked him and delivered several knife injuries.

He received concussion, a deep cut to the hand and other lacerations.  Ivan Kuznetsov, one of the two assailants, however, later died of a knife wound.

There are differing accounts as to what happened, in part because both Sternenko and his girlfriend chased the assailants as they fled.  In an LB.ua interview four days after the attack, Sternenko says that the first man punched him in the face, and he then saw the second’s hand with a knife in it coming at him.  He raised his hand forward instinctively and seized the open blade.  This explains the very serious bleeding to his hand seen on the video.  According to his account, he waved the knife around in the air.  He asserts that he was in a state of shock and that this is the reason that, at the time, he said that the knife was his.  According to him, the two men began running in different directions, with his girlfriend following one, he the other, clearly Kuznetsov.  He says that the assailant ran for 30-40 metres and then collapsed, and that it was then that he saw that he had a serious stomach wound.

He asserts that Kuznetsov must have been hit when he waved the knife about, but does not remember the particular moment, and denies having later used the knife that he had grabbed.

The other, Oleksandr Isaikul, also received a minor knife wound.  He was initially detained, but later given witness status, after which he fled abroad.  Before this, however, he was given protection, while Sternenko was again refused it.

On 30 March this year, a witness, who is reportedly already cooperating with the investigators, gave an  interview to Dzherkalo Tyzhnya, during which he said that the two assailants had been offered thousand dollars for the attack on Sternenko.  The person, whose face is concealed, says that he was a friend of  Kuznetsov and saw him four days before the fatal attack.  Kuznetsov had said that he was looking for an accomplice, and that the attack was being organized by a common acquaintance called Oleksandr Podobyedov.  This unnamed witness asserts that Podobyedov had been commissioned to attack Sternenko by Gennady Trukhanov, the rather notorious Mayor of Odesa, who is widely suspected of corruption and criminal activities.  Trukhanov had allegedly told him that Sternenko was getting in his way. In October 2019, President Volodymyr Zelensky told journalists that Trukhanov had complained about Sternenko and other civic activists in Odesa “who get in his way”.

Civic groups report that Podobyedov was, like the surviving assailant, questioned by the police at the time, yet faced no charges.

In an interview about how Venediktova removed him from vital investigations, including those involving the attacks on Sternenko, Viktor Trepak clearly states that he came into “serious conflict” with the newly appointed Prosecutor General over this case.  Trepak stresses that there are, in fact, three criminal proceedings linked with attacks on Sternenko, however when people talk of the ‘Sternenko case’ they are referring to the last attack in which one of the assailants died.

The conflict arose because “Venediktova expressed huge interest in this case and in her first conversation with me said that Sternenko needed to be immediately informed that he is under suspicion”.  He was stunned, he says, asking how anybody could speak of suspicion without having studied the case.

He says that based on the material of the case, there are no grounds for talking of any charges. There are important aspects of the attack and defence, he adds, that remain unexplained, and a comprehensive expert assessment has been ordered because the two previous assessments gave contradictory opinions.  Trepak told Venediktova that, without such an assessment having been made, it was legal nonsense to tell anybody that they are under suspicion.  “The Prosecutor General was extremely unhappy with my position”.

This did not stop Venediktova recently reporting a meeting with high-level representatives of the Interior Ministry and stated that they were agreeing “investigative and procedural activities” in various high-profile cases including what she called “the killing of Kuznetsov”.   On 7 April, in an interview to Ukrainska Pravda, Venediktova confirmed that Sternenko will face charges, with the only question being what these are (murder or killing in self-defence).

As well as Trepak and his team, Venediktova is also ignoring an appeal from a large number of human rights and civic groups in which they demand an objective investigation and end to political interference. Since the Interior Ministry has nothing to do with cases under the control of the SBU, any such meetings and public statements suggested that the enforcement body was not interested in a proper investigation into the attacks on Sternenko.  They fear that they are planning instead to find Sternenko guilty of having prevented his own murder.

The appeal mentions other disturbing details of Sternenko’s treatment after the attacks, and also the claim by the Odesa police in May 2019 that they had “lost” certain material evidence pertaining to the attacks on Sternenko.  “There are serious grounds for believing that the Odesa police are implicated in the sabotage of the investigation into the attacks on the activist,” they write.  They add also  that it is because of the constant refusal to provide a person who was clearly in danger with state protection, and the total lack of action by the police that led to the case being passed to the SBU.

Venediktova’s words about “the killing of Kuznetsov”, and her removal of Trepak, the first person who had achieved real progress on cases involving commissioned attacks on civic activists, prompted the authors of the appeal to assert that “Serhiy Sternenko could be turned from victim into suspect.”   They consider it unacceptable to talk about “the killing of Kuznetsov” without bearing in mind that the latter’s death resulted from his attack on the activist.  Article 36 of Ukraine’s Criminal Code clearly stipulates that a person has the right to necessary self-defence.  They insist that since Sternenko was defending himself against two assailants, it would be difficult to say that this went beyond what was reasonable self-defence.  It is conceivable that the comprehensive expert assessment that Trepak mentions will find evidence that Sternenko’s behaviour that evening exceeded the limits of self-defence.  For the moment that is not the case, so Venediktova’s position is worrying.  There are also serious questions over the lack of police response to three serious attacks on Sternenko, and attempts to move the investigation from the SBU now seems guaranteed to leave those unanswered.