Historian of the Soviet Terror dies in a Russian Prison 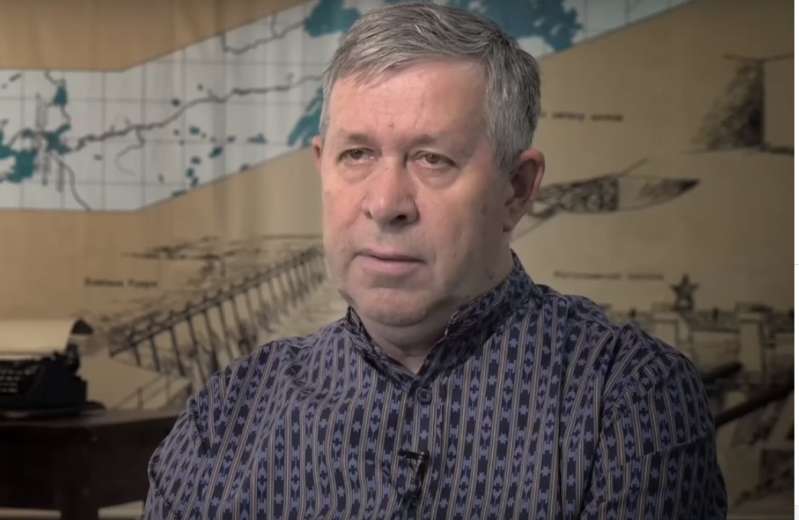 Sergei Koltyrin has died in a prison hospital in Russia, less than a year after being sentenced to nine years’ imprisonment on charges almost certainly linked with the political persecution of fellow historian Yuri Dmitriev, and the two men’s opposition to the current regime’s attempts to rewrite Soviet history.

Koltyrin, who was 66,  died in the early hours of 2 April.  He was suffering from cancer and an order had been issued for his release on 4 March because he was dying. The order was, however, appealed by the prosecutor, and he spent his last hours in the appalling conditions of a prison hospital in Medvezhegorsk (Karelia).

Koltyrin had been the Director of the Medvezhyegorsk District Museum since 1991.  The museum covers the territory of the Sandarmokh Clearing in Karelia, where Yuri Dmitriev and colleagues from the Memorial Society uncovered the mass graves of thousands of victims of Joseph Stalin’s Terror.  Koltyrin had always worked very closely with Dmitriev and Memorial, and had until 2015 taken part in the annual International Days of Remembrance at Sandarmokh. Shortly before his arrest, he had also spoken out publicly against barbaric excavations at Sandarmokh aimed at whitewashing Stalin and the Soviet regime.

The charges against Koltyrin were apparently ‘non-political’, however the same can be said of those against Dmitriev, a recognized political prisoner.  It was, indeed, the obvious similarity between the two indictments that made Koltyrin’s imprisonment seem so sinister.

He was arrested on 2 October 2018, together with an acquaintance, Yevgeny Nosov, about whom essentially nothing is known.  Both men were accused of depraved acts in respect of a  13-year-old boy the previous month.  In reporting the arrests, Russia’s Investigative Committee asserted that one of the men had admitted the charges, but did not specify who. Although the investigator claimed to have clear proof of Koltyrin’s supposed guilt, this seems in doubt given the obvious attempts to prevent him from receiving independent legal assistance.

Koltyrin’s brother, Vladimir had immediately arranged with Dmitriev’s lawyer, Viktor Anufriev, that the latter would represent his brother. There were two attempts to get rid of Anufriev.  The first failed, because Anufriev was able to visit Koltyrin in the SIZO [remand prison] and ask him about the document he had signed, rejecting Anufriev’s services.  Koltyrin then confirmed that he had written that document under duress, and wrote another, saying he wanted Anufriev to represent him.

Then on 7 November that year, while on his way to visit Koltyrin, Anufriev received a phone call from the investigator who said that he need not come.  The following day, Anufriev was handed a formal decision from this same investigator saying that Koltyrin was rejecting the lawyer’s services.  The decision meant that Anufriev was not even able to visit Koltyrin and ask him if this was what he wanted. Russia has used the same tactics to prevent many Ukrainian political prisoners from receiving the services of an independent lawyer.  Such behaviour clearly undermines claims that the men’s ‘guilt’ was proven, and raises concerns about the measures that were used to get one of the two men to ‘confess’ to the charges.  The mere fact that it was never clear who had confessed and what the other man’s position was is disturbing, and since the ‘trial’ was held behind closed doors, there was no possibility of ascertaining whether there were any grounds for the charges.

Dmitriev is an internationally renowned historian who had spent 30 years of his life uncovering the truth both about the victims of the Terror and the perpetrators.  It is thanks to Dmitriev and his colleagues, for example, that we know where the last remains lie of 1,111 political prisoners executed by quota from 27 October to 4 November 1937, including 289 Ukrainian writers, playwrights, scientists and other members of the intelligentsia.

He was arrested in December 2016 on ‘child pornography’ charges pertaining to photos securely stored in his computer and detailing the weight, height and development of his adopted daughter, Natasha.  She had been very underweight and frail and the social services had themselves recommended that he undertake such monitoring.

The charges were absurd and the attempts to discredit both Dmitriev and Memorial, using a state-controlled television channel, very obvious.  The defence had brought in highly qualified experts  who found no evidence of pornography in the photos and who confirmed that Dmitriev had followed common practice. The case had aroused huge publicity and condemned both in Russia and abroad, and he was acquitted on 5 April 2018.

It was feared from the outset that the move was aimed merely at deflecting unfavourable publicity.  This was probably right since the acquittal was swiftly overturned, and Dmitriev was remanded in custody again on 28 June 2018.  Although there had been no grounds for revoking the acquittal, the old charges were reinstated, and new, even more serious charges, laid.  He was now accused also of ‘violent acts of a sexual nature’ which could carry a 20-year sentence, and remains imprisoned.

The new charges are immensely cynical since they are again linked with his daughter whom he has not seen since his initial arrest when she was 11. For almost two years there was no suggestion of any such illegal acts and it was evident from the letter that Dmitriev’s lawyer produced in court how much the little girl loved and missed her father.

The Russian authorities may be claiming that the charges against Sergei Koltyrin were ‘non-political’, and that Dmitriev is charged with real crimes, but they are clearly not believed.  Shortly after Koltyrin’s arrest, a public discussion over attempts to claim that at least some of the mass graves at Sandarmokh are of Soviet soldiers, murdered by the Finnish Army, was cancelled.  It seems clear that his colleagues and others in the area had linked Koltyrin’s arrest to his condemnation of such attempts to rewrite history.

The attempts essentially coincide with the persecution of Dmitriev and attacks on Memorial.  The claims about the remains of Soviet soldiers first came several months before Dmitriev’s arrest.  Although there are absolutely no grounds for giving this ‘version’ any credence, Russia’s Military History Society has for two years running carried out excavations at Sandarmokh.  This Society was created by Russian President Vladimir Putin in December 2012, in order to “consolidate the forces of state and society in the study of Russia’s military-historical past and counter efforts to distort it”.  Under the then Minister of Culture Vladimir Medinsky, it initiated such controversial moves as the creation of a museum and bust of Stalin in Khoroshevo (Tver oblast).  The Putin regime’s efforts to whitewash Stalin have resulted in well over half the Russian population having a positive attitude to a mass murder responsible for the deaths of millions.

In an interview shortly before his arrest, Koltyrin spoke of attempts to deny these dark pages of Russia’s history and forget their victims.  What we know already, he said, is impossible to forget, and there is something rotten about a people, about a country that do not remember their roots, their history.

“Yes, you can adapt, you can fit in with your time, with the new leadership, but you cannot forget that nine and a half thousand people lie in Sandarmokh.”

It is too late to help Sergei Koltyrin who was, in all likelihood, a victim of political persecution.  As much so as 64-year-old Yuri Dmitriev who remains imprisoned, and who could face a 15-year sentence on monstrously fabricated charges.  Please help in ensuring that Russia’s persecution of historians is known, and that Dmitriev’s trial receives maximum publicity.