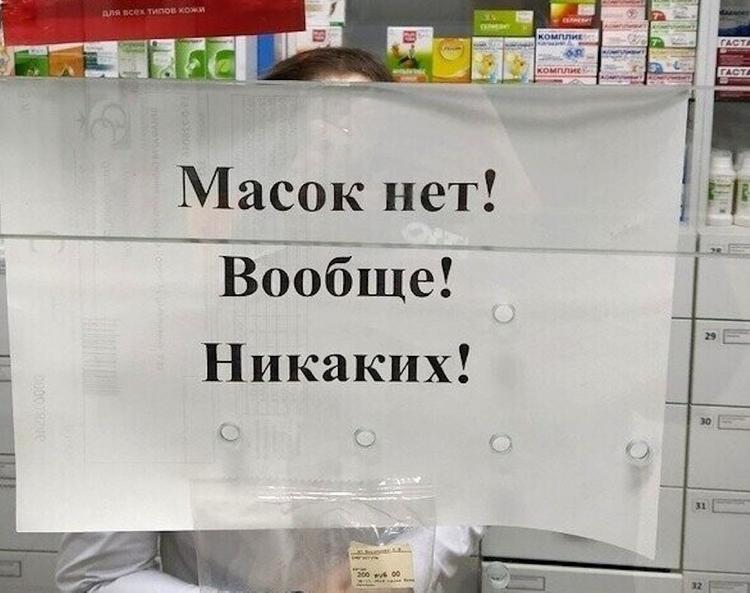 Warnings that a new criminal norm could be used to silence those telling the truth about the coronavirus pandemic were effectively confirmed by the behaviour of enforcement officers in Russia and occupied Crimea in the first days of April.  Although it was the detention of a Russian doctor who has criticized the government’s failure to act that hit world headlines, at least one other activist was detained over a social media post. In occupied Crimea there were numerous interrogations and ‘warnings’ issued to Crimean Tatar activists.

Anastasia Vasilyeva, the head of the Alliance of Doctors, was first very violently detained’,on 2 April while travelling with colleagues to a hospital in the Novgorod oblast to provide urgently needed protective gear for the medical staff.  One of her colleagues, Ivan Konovalov explained to RFI that the police initially accused her of violating the rules on self-isolation and demanded that she write an explanation.  She refused to do so, and although she had the right to not do so, the enforcement officers decided to call this ‘refusing to obey the legitimate demands of a police officer’.  She was held in detention overnight, deprived of a lawyer, contact with others, food or drink, and then fined 800 roubles by a court

Vasilyeva has been extremely critical of the Russian authorities’ muffling of the real scale of coronavirus infections in Russia and it was she who initiated an appeal for donations to buy the necessary protective gear for hospital staff.  She had already been summoned for interrogation to the Investigative Committee over this, and she  was clearly the target on 2 April, with her colleagues all released, albeit after having ‘explanations’ extracted.

Vasilyeva and her Alliance of Doctors are demonstrating that the official version presented by the authorities is glaringly far from the truth.  Since it is harder to accuse doctors of disinformation, other measures, including the physical violence that Vasilyeva was subjected to, have been applied.  Vasilyeva is certain that the detention was aimed at trying to break her but has vowed to continue.

In other cases, it is easier to use punitive measures. On 31 March Russia’s State Duma adopted a new bill, signed into law the following day by President Vladimir Putin. This adds a new article to the criminal court - Article 207.1 or ‘Public circulation of knowingly false information about circumstances posing a threat to life and safety’.

There are undoubtedly occasions when disinformation about the pandemic can be positively dangerous.  The problem is that Moscow has every reason to know this since the Russian propaganda media, including those for foreign audiences (RT and Sputnik) have been disseminating false information about coronavirus since at very least the beginning of the year.  In the middle of March, a report by EUvsDisinformation, from the European External Action Service, spoke of almost 80 cases of overt disinformation about COVID-19 FROM Russian sources since 22 January.  That figure is already much higher, with Russia seeking to “sow panic and fear” and, as the monitors wrote “throwing coronavirus disinfo at the wall to see what sticks”.

In Russia, however, and unfortunately in occupied Crimea, what is called disinformation may simply be that which does not concur with the official information provided.  This could bring a huge fine, up to 700 thousand roubles, or even two years’ imprisonment.

On 3 April, OVD.info reported the first such criminal investigation against St. Petersburg activist Anna Shushpanova.  Her home was searched, her computer removed and she herself detained for questioning after a post in a VKontakte group.  This stated that a patient in a Sestroretsk hospital had been found to have coronavirus yet still sent home on public transport.

Perhaps this really was untrue, but that is a far cry from deliberate disinformation. It is also quite simply impossible to feel confident when the Russian authorities use heavy-handed measures to silence those who are telling the truth, like the Alliance of Doctors.

Russia’s major offensive, including very many arrests, against Crimean Solidarity is, to a large extent because this Crimean Tatar civic initiative reports on armed searches, arrests, political trials and other forms of repression in occupied Crimea.  Crimean Solidarity reports that a large number of its civic journalists and other activists have received police visitations, with interrogation and ‘warnings’ against holding marches or protests.  Although always unwarranted, such visitations are generally linked to some particular event or anniversary.  Since there does not appear to be one at the moment, it is possible that such acts of intimidation and pressure are aimed at silencing reporting on coronavirus and how the occupation authorities are or are not taking real measures to protect the population.