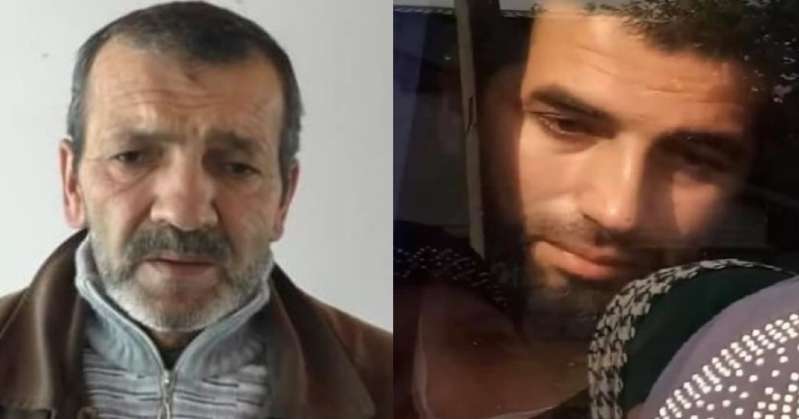 A father and son are two of three men arrested in June 2019 in Russian-occupied Crimea and about to go on ‘trial’ for their faith and for the support they showed to other political prisoners.  Russia’s FSB has not confined itself to just two members of the family, since Enver Omerov’s son-in-law is already imprisoned on the same deeply flawed charges.

The charges against Enver Omerov (b. 1961); his 31-year-old son Riza Omerov; and Aider Dzhapparov (39) were passed to the Russian-controlled prosecutor on 27 March.  According to Dzhapparov’s lawyer Safiye Shabanova, the case will be sent to the Southern District Military Court in Rostov-on-Don, though it is unclear when because of the quarantine imposed in remand and other prisoners because of the pandemic.  That court became notorious for its politically-motivated sentences against Ukrainians since the ‘trial’ of Ukrainian filmmaker Oleg Sentsov and civic activist Oleksandr Kolchenko. It has been particularly active since 2016 in sentencing Ukrainian Muslims to huge terms of imprisonment on unproven charges of ‘involvement’ in Hizb ut-Tahrir, a peaceful pan-Islamist party which is legal in Ukraine and most other countries. Russia has never explained why, via a secret Supreme Court ruling in 2003, it became the only country in the world to call Hizb ut-Tahrir a ‘terrorist’ organization.  In occupied Crimea, it has used such Hizb ut-Tahrir trials against Crimean Tatar civic activists and journalists, and as a form of propaganda against Crimean Tatars who, in their majority, identified themselves with Ukraine.  The three men in this ‘case’ are among 65 men either sentenced or imprisoned, facing trial, on such charges, with at least half civic activists and journalists.

Enver Omerov was arrested at around 2 a.m. in the night from 9-10 June 2019 while travelling to Rostov with his daughter, Fatma Ismailova, for the latest court hearing in the trial of his son-in-law, Rustem Ismailov.  Omerov, who is not a young man, became very unwell and the ambulance brigade confirmed that he had extremely high blood pressure and needed to rest.  The enforcement officers ignored this and insisted that he come with them to the Kerch police station.  When Fatma remonstrated, and said that she would bring her father there after he had rested, an FSB officer threatened to handcuff her to the generator if she didn’t stop “getting in their way”.

Armed searches were carried out early on 10 June in a large number of homes, with Risa Omerov;  Aider Dzhapparov, and also Eskender Suleymanov from Belogorsk, and four men from Alushta: 39-year-old Eldar Kantemirov; 52-year-old Lenur Khalilov; 54-year-old Ruslan Mesutov and Ruslan Nagaev (55) all arrested and taken away.  All the men remain imprisoned, although Suleymanov has become the 25th Crimean Tatar in Russia’s most notorious attack on activists and journalists from the civic initiative Crimean Solidarity, and the four men from Alushta are presumably to face trial separately.

Riza Omerov’s wife, Sevilya, who was in her seventh month,  became so distressed during the armed search and seeing her husband taken away, that she needed to be hospitalized in the Simferopol perinatal clinic, with fears for the baby’s life.  The couple’s fourth son was born a little later, and is, like his brothers, and over 160 other children of political prisoners, growing up without his father.

These brutally cynical prosecutions all follow a certain pattern, with at least one person, but sometimes more, accused of the more serious charge of ‘organizing a Hizb ut-Tahrir cell’ and the others – of taking part in it.  In this case, Enver Omerov is charged with being the ‘organizer’ under Article 205.5 § 1 of Russia’s criminal code], carrying a sentence of up to life imprisonment.  ‘Involvement’ in such an alleged (and never proven) ‘cell’  (Article 205.5 § 2) carries a sentence of 10-20 years.

Memorial HRC considers all those convicted merely of such involvement in Hizb ut-Tahrir to be political prisoners.  It has also repeatedly noted, as have Ukrainian and international NGOs, that Russia is breaching international law which expressly prohibits an occupying state from applying its own legislation on occupied territory.  The situation is particularly shocking in this case as Hizb ut-Tahrir is perfectly legal in Ukraine, and Russia is not charging the men with any recognizable crime.