Death Sentence for their faith and civic activism in Russian-occupied Crimea? 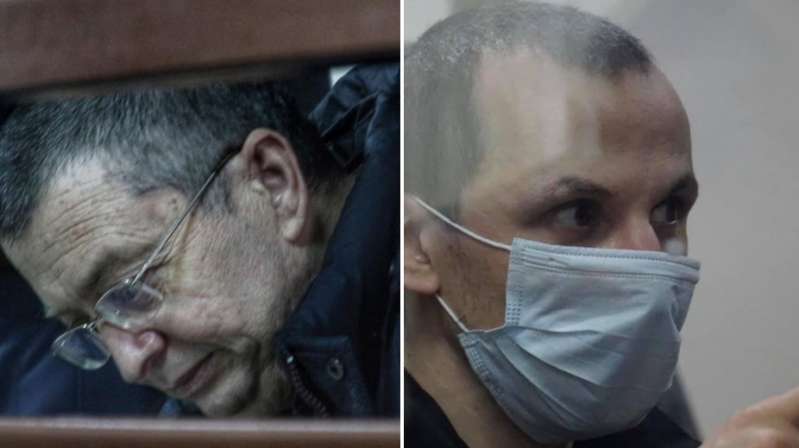 A Russian court on 13 April reacted to the coronavirus pandemic by postponing court hearings in the trial of eight Crimean Tatar civic activists until May.  It ignored the acute danger of infection by extending all the men’s detention to 13 August.  This was at the demand of prosecutor Yevgeny Kolpikov who said that “the reasons why the defendants are in detention have not changed”.  There was an element of truth in this, since there were never any grounds for holding the men in custody, and there remain none.  The eight are among over 50 Crimean Tatars and other Ukrainians held in SIZO [remand prisons]  on charges that pertain solely to their faith and civic activism.  Some of them have grave medical problems and are, therefore, in particular danger from Covid-19, especially Dzhemil Gafarov, however the appalling conditions of detention mean that Russia is risking all the men’s lives.

The men and their lawyers pointed out that there are no masks, antiseptic or other protective means in the SIZO, and they receive absolutely no medical care.    Despite the obvious danger, political prisoners are still being transported from one SIZO to another, with the conditions en route being especially intolerable.  Ruslan Suleymanov’s lawyer, Lilya Hemedzy,  reported on 10 April, that Suleymanov had been held for three days in a filthy cell with cockroaches and faulty plumbing.  Even after it was cleaned, the stench was appalling. The food is also inedible, with the prison staff using products that have gone off.  The prisoners are left without any sustenance as no visits, even from lawyers, are allowed, nor any food parcels.

Not one of the men has been tested for coronavirus, not even those, like Server Mustafayev, who were showing all the symptoms..

It is unacceptable to jeopardize the lives of any prisoners, even where there could be grounds for believing that a person’s release could present a danger to society.  Here we are dealing with an entirely different situation, where the men in detention are not accused of any recognizable crime.

Serhiy Filatov is a Jehovah’s Witness who is, quite literally, in detention awaiting his appeal against a 6-year sentence for praying in his own home.  He is the first Ukrainian victim of Russia’s extraordinary reinstatement of Soviet repression through its ban of the Jehovah’s Witnesses (details here).

50 Crimean Tatar or ethnic Ukrainian Muslims are imprisoned and facing huge sentences essentially for their faith, as well as, in most cases, for their civic activism.  Not one of them is accused of any action, or even plan to commit an action that would be recognized as a crime in any democratic country.  They are charged solely with unproven ‘involvement’ in Hizb ut-Tahrir, a peaceful pan-Islamist movement which is legal in Ukraine and is not known to have committed any acts of terrorism or violence anywhere in the world.  Russia is literally the only country to have declared Hizb ut-Tahrir ‘terrorist’, and its Supreme Court did so in 2003 at an effectively secret hearing which was only made public when it was too late for it to be appealed.

Russia’s use of Hizb ut-Tahrir charges as a weapon against Crimean Tatar human rights activists began in February 2016 with the arrest of Emir-Usein Kuku; Muslim Aliev and four other Ukrainian Muslims from the Yalta region (details and addresses here).  It was those arrests, unprecedented in their brutality and cynicism, that prompted the emergence of Crimean Solidarity, a civic initiative helping political prisoners and their families, and ensuring coverage of political repression in occupied Crimea.

Methods of harassment and intimidation began very soon, and then on 11 October 2017, Crimean Solidarity civic journalists Timur Ibragimov; Seiran Saliev and Suleyman (Marlen) Asanov; Crimean Solidarity photographer Ernes Ametov; volunteer, organizing parcels for political prisoners, Memet Belyalov, and Server Zekiryaev were arrested and charged with involvement in Hizb ut-Tahrir. Later, on 21 May 2018, they came for Crimean Solidarity coordinator and civic journalist Server Mustafayev and Edem Smailov, who was active in organizing children’s festive events and is also the leader of a local religious community (more details and addresses to write to here)

This was a clear threat to other Crimean Tatars, however heeding it, and falling silent, would have been a terrible betrayal to all those already imprisoned.  The numbers of people attending Crimean Solidarity meetings only increased, and so did Russia’s repression.  On 14 February 2019, after her husband, Ruslan Emiruseinov and two other men were arrested, Aliye Emiruseinova was asked if he was active in Crimean Solidarity.  She replied with a counter-question: “Can you tell me how it is possible in Crimea to not be involved in Crimean Solidarity if you have a conscience?”

By 27 March 2019, Russia had dropped any pretence, carrying out a huge ‘operation’, which has resulted in 25 Crimean Tatar civic journalists and activists, most involved in Crimean Solidarity, imprisoned on the same flawed ‘Hizb ut-Tahrir’ charges.

Given Moscow’s attempts to use the coronavirus pandemic as a pretext to get justified sanctions removed, it is worth noting that Russia’s illegal arrests in occupied Crimea are continuing unabated.

Russia’s renowned Memorial Human Rights Centre considers all the men to be political prisoners, and has condemned Russia for its use of such prosecutions as a way of trying to silence Crimean Tatars with an active civic position.

These are the men whose lives Russia is now putting in direct and immediate danger.