Prisoner exchange leaves most Donbas hostages in captivity and makes journalists suspiciousDesperate plea to Zelensky from relatives of hostages once again forgottenRussian-controlled Donbas militants finally free severely disabled pensioner but not her invalid sonPOWs tortured for defending Ukraine in Donbas and for Russian propagandaRussian-controlled militants ‘sentence’ Ukrainian soldier to 17 years for defending Ukraine Donbas militants brutally torment mother of Roman Onishchuk, POW seized in 2015Donbas militants sentence doctor to 13 years for pro-Ukraine Twitter postsRussia is already holding many Ukrainian POWs without any declaration of war
• Topics / The right to liberty and security 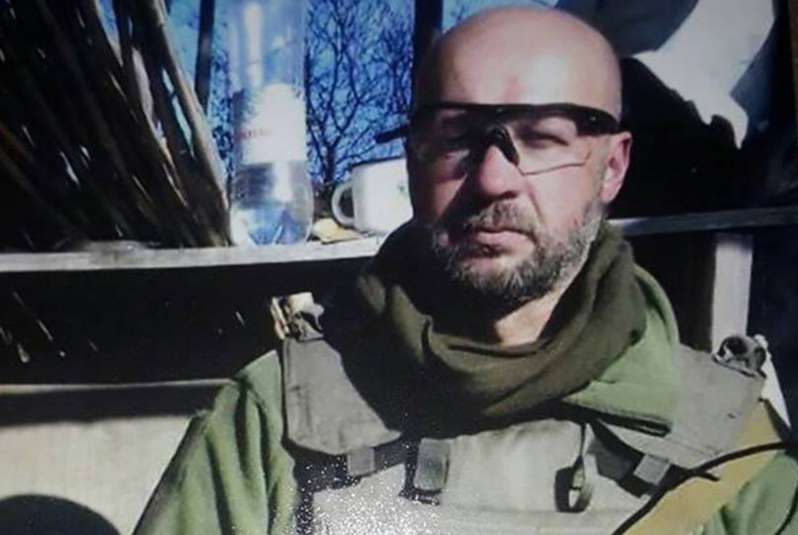 Among the POWs not released on 16 April 2020 was Ihor Myronchuk, a soldier who has been defending Ukraine in Donbas since early 2014.  He was taken prisoner in February 2019, and clearly tortured into repeating Moscow’s line about the war for the Russian and Russian-controlled militant propaganda media.

44-year-old Myronchuk is a professional soldier from the Uzhhorod-based 128th Mountain Assault Brigade.  According to his mother, he took part in the battles for the Luhansk Airport and Debaltseve, and was wounded on many occasions.   On leaving hospital each time, he headed straight back to the front.  His sister-in-law, Olha Myronchuk says that he often repeated that he had to defend his country, and that if it were not for the lads at the front, the enemy could already be in our homes   Myronchuk received several presidential and other awards – Defender of the Motherland; for courage, for honourable service.

He was seized by militants in the Donetsk oblast on 9 February 2019.  He had phoned his mother at around 3 p.m., saying that he was in trouble.  Up till then, he had always spoken in cheerful, upbeat manner to his mother, so the family understood that something was terribly wrong.

It remains unclear how Myronchuk came to be taken prisoner.  What does seem quite certain is that Myronchuk’s ‘revelations’ in a video which militants from the so-called ‘Donetsk people’s republic’ [DPR] broadcast a few days after his capture were produced through physical or psychological violence.  Myronchuk’s brigade responded immediately, pointing out that the video had been taped and edited for propaganda purposes, and that his friends and fellow soldiers are sure that his demoralized state and the phrases that he would never say are due to the huge psychological pressure he was placed under.  “He comes out with learned phrases written by propagandists of the Russian occupation forces, repeating the same fakes that were previously put in the mouths of other POWs.”  They noted that at times during the video, you can see his eyes clearly following a written text that he is reading. They stressed that they in no way condemn their colleague for his words on the video and call it “the latest evidence that, in their information war, the enemy can only counter them by using flagrant manipulation and fakes”.

The video did, indeed, contain standard elements of Moscow’s narrative about the conflict in Donbas, as well as claims about supposed abuse of alcohol and drugs in the Ukrainian Armed Forces that the militants had recently had another POW, also under their total control, repeat.

The video was, of course, broadcast not only by the DPR militants themselves, but by the Russian propaganda media.  The Federal News Agency, for example, printed the Russian translation of Myronchuk’s words, with a photo of President Petro Poroshenko where the soldier had been forced to claim that “we are fighting our own people”.

The entire ‘interrogation’ was full of lines that could have been, or were, written by Moscow’s propagandists. The militants have followed the Russian FSB’s practice in using such ‘confessions, with those POWs or civilian hostages later released having confirmed that the words were tortured out of them.

In another video, reminiscent of the internationally condemned march of POWs through Donetsk on 24 August 2014, Myronchuk was forced to walk together with a militant past various militant ‘monuments’, including a plaque with the names of children (allegedly) killed in the war.  The entire performance, together with the elderly lady who asks “why you kill our children”, is pure propaganda and in grave breach of all international rules on treatment of prisoners of war.

Myronchuk is imprisoned in Colony No. 32 in occupied Makiyivka.  According to his mother, he was ‘sentenced’ by the militants to 12 years’ imprisonment, another flagrant breach of the Third Geneva Convention.