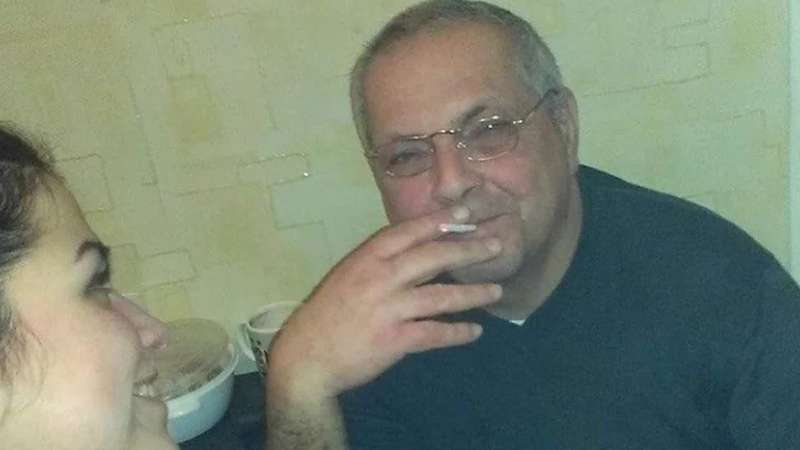 More details have emerged about Russia’s latest ‘Ukrainian saboteur’ who appears now to be charged only with ‘spying’ for Ukraine. 60-year-old Kostiantyn Shyrinh  denies the charges and asserts that his partner, the mother of their small daughter, gave false testimony against him.

According to the Russian newspaper Kommersant , Shyrinh  is accused of spying for Ukraine together with his partner, a Russian military servicewoman working in Feodosia.  They are both supposed to have been in a group run by the Ukrainian Defence Ministry’s Military Intelligence [HUR].

The FSB’s original report, posted on 15 April, claimed to have “broken up activities of the Ukrainian Defence Ministry’s Military Intelligence Department aimed at organizing and carrying out acts of sabotage – terrorism, stealing information containing state secrets and recruiting Russian citizens”.  These alleged ‘activities’ were purportedly organized by Lieutenant Oleh Alisherovych Akhmedov, the head of a department of military intelligence located in Kherson.  His was the only name given, with the allegedly exposed members of the ‘group’ described only as a Russian military servicewoman and a male Ukrainian citizen.

The woman remains unnamed, but she is known to have been charged with state treason (Article 275 of Russia’s criminal code) and, according to Shyringa , is accused of gathering information about weapons and the number of members of her missile  regiment.  Kommersant reports that this was supposed to have been in 2017-2018.  She was placed under house arrest, because she ‘admitted guilt’ and repented, as well as because of her young child.

In her ‘confession’, she appears to have also implicated Shyrinh , who says that she did so falsely. Shyringa  appealed  unsuccessfully against his detention and is imprisoned in the Lefortovo SIZO [remand prison] in Moscow.  His lawyer, Oleh Hlushko asserts that the investigators have not provided any evidence that his client was involved in spying.

According to his lawyer, Shyrinh  is from Kyiv and came to Crimea from Zaporizhya in 2015.  In Feodosia, he met his future partner who is considerably younger than him and who was working in a military unit.  They had lived together, in rented accommodation from then, and have a young daughter.

The investigators assert that it was Shyrinh  who persuaded his partner to provide secret information about her unit.  Kommersant says that, according to its information, this is the 18th Sevastopol – Feodosia Guards Rocket Regiment  which is part of the 31st Russian Air Defence Division.  This was formed after Russia’s invasion and annexation of Crimea and is armed, among other weapons, with S-400 missile systems.

Russia is illegally occupying Crimea and is, in violation of international law, turning it into a military base.  Under such circumstances, Ukraine would be fully within its rights to obtain information about military deployment.  That having been said, there are several features of this case that are ominously similar to Russia’s many politically-motivated ‘Ukrainian saboteur’ show trials.  These include the discrepancies between the initial assertions and the actual charges which clearly do not include any plans to commit acts of sabotage, and claims in the Russian media regarding how the FSB allegedly noticed Shyrinh.