Chilling déjà vu in Ukraine as criminal charges brought against ex-President PoroshenkoDismissed Prosecutor General condemns baseless criminal charges against Poroshenko‘Treason’ investigation initiated against ex-President Poroshenko over Minsk Accord with RussiaWhistle-blower judge exposes sinister role of Bohdan in Zelensky administrationHead of Zelensky Administration linked to negotiations with Russia that prompted EuromaidanZelensky claims he dismissed illegal Head of President’s Administration Bohdan in response to huge petitionUkrainian media accuse Zelensky & Co. of deliberate provocation after Bohdan resignation fakeZelensky removes top official who opposed illegal appointment of Bohdan as Head of Presidential AdministrationUkraine’s Supreme Court claims illegal Zelensky appointment is not its businessZelensky appoints Kolomoisky lawyer with shady past to head his AdministrationBombshell PrivatBank ruling and other disturbing moves on the eve of Ukraine’s presidential electionsUkraine needs real debates between Poroshenko and Zelenskiy – candidates are not “colouring books”Where Ukraine’s presidential candidates Poroshenko and Zelensky (don’t) stand on Crimea and DonbasQuestions to Zelensky if ex-President Poroshenko really is remanded in custodyReturn to Yanukovych’s selective justice condemned as thousands protest plan to arrest PoroshenkoUkraine’s ex-President Poroshenko accused of ‘treason’ and ‘financing terrorism’Threats against journalist probing impact of pro-Russian Telegram channels on Ukrainian MPsPolice refuse to react to threats against journalist who exposed pro-Russian Telegram sway over Ukraine’s legislatorsCourt in Ukraine freezes all of former President Poroshenko’s assets over ‘treason’ charges On the pettiness of suspicion of Petro Poroshenko
• Topics / Politics and human rights 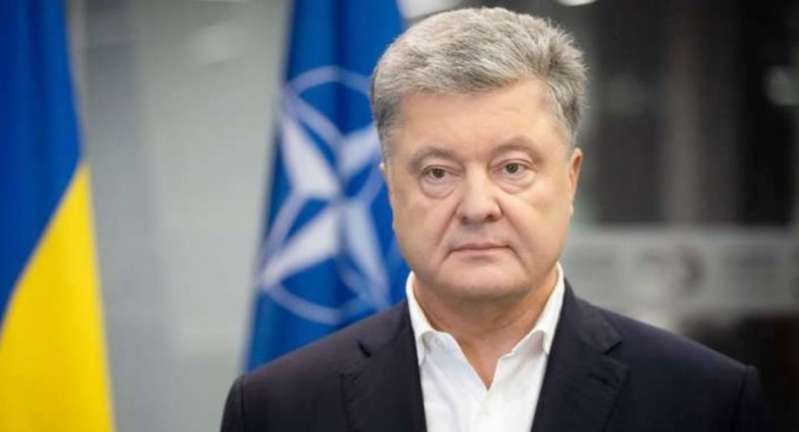 During his press conference on 20 May, Ukrainian President Volodymyr Zelensky expressed the view that a sentence against his predecessor, Petro Poroshenko was coming and cited “yesterday’s scandal” as an example of why.  The only ‘scandal’ about the events Zelensky was referring to lies in the fact that they have resulted in yet another ‘criminal probe’ being initiated against former President Poroshenko.  The already significant number of such ‘criminal cases’ against a political rival do neither Zelensky, nor Ukraine any favours.

The new probe, over alleged ‘treason’ and ‘abuse of power’, is based on taped calls, which appear to be between Poroshenko, the former US Vice-President and current presidential candidate Joe Biden and John Kerry, former US Secretary of State.  It seems unlikely that any of the men will deny their participation in these illicitly published calls as they have absolutely no reason to do so.

The tapes were made public and handed to Prosecutor General Iryna Venediktova on 19 May by Andriy Derkach, described by Daily Beast journalist Adam Rawnsley as “a Ukrainian politician with a KGB background, a penchant for conspiracy theories, and a friendly relationship with Rudy Giuliani”.  Like Giuliani and US President Donald Trump, Derkach and his friends have tried to create a scandal around Biden, who is Trump’s rival for the presidency.  The alleged scandal is a non-starter for two crucial reasons.  The first is the preposterous attempt to present Prosecutor General Viktor Shokin as the aggrieved hero, whom Biden schemed to get removed because Shokin was probing a corruption scandal involving the ex-Vice President’s son, Hunter Biden.

The problem with this story is that the calls for Shokin’s removal – from Ukrainian civic and human rights NGOs, including those specifically fighting corruption – were simply deafening, and the support that such calls received from the USA and Ukraine’s other western partners was immensely appreciated.  The year or more that Shokin was in office led to high-profile resignations by well-known reformers who pointed to Shokin’s sabotage of the attempts to reform the prosecutor’s service.  Shokin even fired the last remaining corruption-fighting deputy, David Sakvarelidze, hours before he got sacked. Shokin’s office had launched criminal proceedings against another reformer, Deputy Prosecutor General Vitaly Kasko, and instigated a bizarre probe into the Anti-Corruption Action Center (AnTAC), which had publicly criticized Shokin and his closest allies.

The second problem is that the tapes are hardly a shock.  Bden and the US State Department were quite open about wanting Shokin out and about why, with the reasons echoing those expressed by Ukrainian civic society.

While an amount of money – one billion USD – was in question, this was for Ukraine, not Poroshenko’s pocket.  There was quite simply nothing untoward, as James Sherr, Senior Fellow of the Estonian Foreign Policy Institute, has explained.  Since Leonid Kuchma’s presidency, he notes, “it has been customary for the Vice President to be the principal interlocutor with the President of Ukraine. Hence, the US-Ukraine Commission was also the Gore-Kuchma commission. <>  It was not ’imposed’ on anyone. In other words, Biden was not acting as Biden. He was performing the traditional role of the Vice President of the United States. PS: What is remarkable, let alone improper about the States making a $1bn loan, a large part of it intended to finance programmes of reform, contingent upon Shokin’s removal? The United States is not obliged to provide loans to Ukraine, and Ukraine is not obliged to accept them. There is no surrender of sovereignty involved.

This was a sustained effort by Derkach and his colleagues to create an international scandal and to convince Ukrainians that their sovereignty had been encroached. All this was spelled out, including in English, with the press conference claimed to present “new facts of international corruption and external governance of Ukraine”.  The records were supposed to “part of an extensive corruption puzzle which deputies, politicians and journalists have been collecting for several months”

Derkach claimed to have received the tapes from investigative journalists, but that it was Poroshenko who had made them.  The billion USD was supposedly for holding on to corruption linked with Burisma Holdings, the Ukrainian gas producer which Hunter Biden was on the board of at the time.

Most of the assertions are not proven, but some are actually contradicted by the tapes revealed.  Derkach produces the dialogue between Kerry and Poroshenko in which the latter was then defending his choice of Prosecutor General.  There is nothing at all to back the assertion that the USA, EU and Poroshenko all supported Shokin, and that it was only Biden who wanted him out.

The motives behind this revival of debunked allegations certainly deserve probing, but so too do the reasons why the current Prosecutor General and Zelensky are taking this pseudo-scandal seriously.  While there does not seem to be any confirmation from Venediktova herself that Derkach’s accusations against Poroshenko of ‘treason’ and ‘abuse of powers’ are to go further than mere registration of the statement, it is difficult to feel confident that they will not.  Zelensky publicly referred to Derkach’s nonsense as “a scandal” which means, at the minimum, that his sources of information are faulty.

Optimism is also limited because of the other criminal investigations already initiated against Poroshenko, many of them initiated by Andriy Portnov, who was deputy head of ex-President Viktor Yanukovych’s administration during Euromaidan and who returned to Ukraine on the eve of Zelensky’s inauguration.   The first allegation that Poroshenko had committed a crime was over Russia’s attack on three Ukrainian naval boats near Crimea on 25 November 2018, and seizure of 24 prisoners of war. Portnov’s interpretation of the facts in his first accusations against Poroshenko closely parroted Kremlin propaganda and it had seemed obvious that any probe would be immediately terminated.  This, unfortunately, did not happen, with the State Bureau of Investigation’s insistence on investigating helping only Moscow (details here)

In December 2019, it was reported that a criminal investigation had been launched against Poroshenko over the Minsk II Agreement in February 2015.  There are definitely reasons to be unhappy about that agreement, but it is absurd to charge Poroshenko with state treason’ over a political decision made at a time when Russia was waging a military offensive against Ukraine (more details here).

That investigation was disturbingly reminiscent of former President Viktor Yanukovych’s prosecution of his main rival, Yulia Tymoshenko.  So too have been other cases in which Venediktova, either as Acting SBI Director or as Prosecutor General, has been involved.

In March 2020, Venediktova registered five criminal investigations against Poroshenko, over “possible illegal actions” when appointing Supreme Court judges.  The most extraordinary of the potential charges reported was of “action aimed at the violent change or overthrow of the constitutional order or seizing of state power” (Article 109 § 1 and §3 of Ukraine’s Criminal Code).

These were the first criminal investigations under Venediktova in her new post as Prosecutor General.  It was fairly widely reported in March that her predecessor Ruslan Riaboshapka’s dismissal had been in part because of his refusal to sign an indictment against Poroshenko.  Since his dismissal, Riaboshapka has reiterated his view that the charges were “legal rubbish”, unlawful and without foundation.