Markiv Trial: Film finds witnesses, Russian propaganda & answers to vital questions the Italian prosecutor didn’t askItalian court fails to explain 24-year sentence against Ukrainian soldier MarkivUkraine urged to show Italy that soldier Vitaly Markiv is innocent, or face Russia being seen as ‘liberator’Ukrainian soldier sentenced in Italy to 24 years for journalist death in Donbas after gravely disturbing trialBaffling denial by Italy of war in Donbas as excuse for trial of Ukrainian soldier MarkivVital evidence proves that Ukrainian soldier Markiv had nothing to do with Italian journalist’s deathAppeal begins in Italy against shocking 24-year sentence of Ukrainian soldier Vitaly MarkivInternational human rights defenders find critical failings in Italy’s trial & 24-year sentence of Ukrainian soldier MarkivUkrainian soldier Vitaly Markiv acquitted and freed in Italy!Italy detains Ukrainian theatre director who left Russia in 2014 in protest at its aggression against Ukraine Italian public broadcaster pushes Russian lies about MH17 and war in Donbas Russia waited till Ukrainian civilians reached work to bomb Mykolaiv Regional Administration Putin will continue attacking until Russia is stopped. Help Ukraine defend its freedom today!Russia kills Minsk Agreement, with lives of over 300 Ukrainian hostages and POWs in danger Russia is already holding many Ukrainian POWs without any declaration of warRussian parliamentarians move to ‘defend compatriots’ by recognizing Donbas pseudo ‘republics’ Ukrainian accused of torturing hostages at Russian-controlled Izolyatsia secret prison flees to France and "asks for political asylum’“Memorial” cannot be closed – it is the need to know the truth about the tragic past: statement of the Ukrainian human rights organizationsMother with grave health issues imprisoned by Russian-controlled militants for trying to save her sonRussia blocks OSCE conference when prevented from spreading disinformation about occupied Crimea and Donbas
• Topics / The right to a fair trial 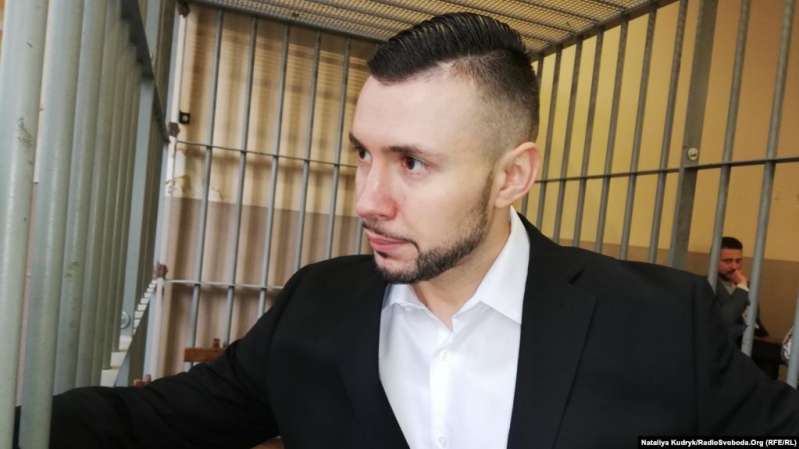 A group of Ukrainian forensic experts are in Sloviansk in the Donetsk oblast to carry out important investigative experiments linked with the death of two journalists exactly six years ago and the charges Italy brought against Ukrainian soldier Vitaly Markiv over the deaths. Now 30, Markiv has been in Italian detention for almost three years and in 2019 received an extraordinary 24-year sentence despite no investigation ever having been carried out in the place where the two journalists were killed during military conflict.  It is to be hoped that evidence now obtained will be taken into account during the appeal hearing against the conviction and sentence.

The investigative activities were announced by Ukraine’s Interior Ministry as timed to coincide as much as possible with the sixth anniversary of the two journalists’ death in order to ensure that all conditions were as similar as possible to those on that tragic day.

31-year-old Andrea Rocchelli was a freelance photojournalist who had come to Donbas to cover the military conflict, together with his interpreter, Russian human rights activist Andrei Mironov.  They died near Sloviansk on 24 May 2014, after the taxi they were driving in came under mortar fire.   The two men had effectively been in a war zone without official press accreditation.  They were not wearing anything to identify them as journalists, and in fact Mironov was dressed in camouflage gear like virtually all of the Russian and pro-Russian fighters in Donbas.

The forensic experts will be carrying out acoustic, ballistic and topographical investigations in the same area where the deaths took place, as well as from the location where Markiv and other Ukrainian soldiers were positioned. The Ministry expresses the hope that the results of these investigations “will be used by the Italian justice system for an objective examination of the appeal”.

One of the many problems in this case is the fact that no investigation in situ has ever before been carried out, with the charges essentially based on flimsy and contradictory testimony and on unproven assertions about a war zone.  The pandemic has delayed everything, however it was reported months ago that the defence were planning in their appeal to ask that the investigators finally examined the site and carried out their own investigative experiments.

The lack of such investigative measures is only one of the strange gaps in the prosecution’s case.  Others include the failure to question absolutely vital witnesses.  This appears to have been for want of trying since producers of a film about the case, entitled ‘The Wrong Place’, were able to find and interview the taxi driver driving the men that day and a young man whose photo Rocchelli had taken just before he was killed.  They have also spoken with professional military experts who provided technical details about the weapons, including that used by Markiv.  They concluded that, from where Markiv was positioned, he could not have seen people at a distance of one and a half kilometres, and his rifle did not have an optical enlarger.

There are multiple questions about this case, in which the Italian prosecutor effectively denied the existence of military conflict in Donbas and used Russian propaganda as ‘evidence’. It is also of concern that this case so closely mirrors Russia’s internationally condemned prosecution of Ukrainian military pilot Nadiya Savchenko.  In both cases, the deaths of journalists in crossfire were treated as deliberate murder by Ukrainian military and both Savchenko and Markiv were accused of having directed that fire, with both receiving huge sentences.

Savchenko had, in fact, been captured by the Russian-controlled militants before the two Russian journalists’ death, however Russia lied brazenly about how she had ‘escaped’ to avoid admitting that she had been abducted to Russia.

Markiv’s situation is different, however it does seem to defy the laws of probability that the Italian prosecutor should have found a culprit who just happened to be probably the only Ukrainian soldier holding Italian citizenship and with a mother living in Italy, making arrest easy.

The Italian prosecutor first laid charges of murder, but was forced to change this to ‘involvement’ since Markiv himself had no access to the mortar shells which killed the men. Markiv was supposed to have provided information to the Ukrainian Army about the men’s whereabouts, in the knowledge that they were journalists.

In the court’s justification of the conviction and 24-year sentence announced on 12 July 2019, it was claimed that Markiv, as a soldier of Ukraine’s National Guard, had helped to murder the foreign journalists in what they called an “ambush of the journalists”.   He had purportedly been able to see the ceramic factory Zeus Ceramica and the railway, near which Roccelli and Mironov were killed from his position on Mount Karachun.  As mentioned, military professionals have said that he could not have made out people from a distance of 1.5 kilometres.

This, it should be said, is just one of the reasons why investigative experiments from the site itself are so crucial.

The court essentially claimed that Markiv had ‘confessed’ in a supposed telephone call reported by a third party, Ilaria Morani , in an article for Corriere della Sera on 25 May, 2014.  Morani had clearly wanted to give her report more weight and therefore called Markiv a captain who had been coordinating the defence of the city.  The court ignored the evidence provided that Markiv was a rank-and-file soldier simply taking orders.

This is what Markiv is supposed to have said in what was clearly advice to his interlocuter to not approach an area of danger.

There are some quite extraordinary assertions, such as that “even in the absence of any plans for an armed attack by the enemy, having suspected movement of the journalists in the direction of the train, he began acting, “shooting at everything that moved in a radius of two kilometres”, and it would appear that this was the normal practice of the joint military action of the National Guard and Armed Forces”.

The court asserts that the journalists, as journalists, were targeted, with Markiv having first used a Kalashnikov rifle, and then, when that couldn’t reach, he informed the commander of the men’s coordinates for mortar fire.

All of this ignored absolutely critical evidence that there had been gunfire prior to the use of mortar fire and that this had come from the militants.

The court also disregarded the fact that the testimony of William Roguelon, the French journalist who was injured that day, was contradictory. Back in 2014, he had acknowledged that he did not know where the initial gunfire had come from.  It was only four years later in 2018, during the trial of Markiv, that he suddenly ‘knew’ that it had come from up the hill, and therefore from the Ukrainian army position.

Roguelon’s own account of the events contradicted this. He recalled that, while he was in the trench, some people came down (who must have been the militants) and he also spoke of the car that he was driven away in having been shot at.  The angle at which the bullets hit the taxi also suggested that they had come from the militants who the owner of Zeus Ceramica has confirmed were surrounding the factory, and not from above.

The court also ignored the last video with Mironov who can be heard saying: “Somebody is sitting nearby and shooting and there are also mortar guns here”.

The above-mentioned film was supported by the Italian Federation of Human Rights, whose President, Antonio Stango, is convinced that the Markiv’s trial was heavily influenced by Russian propaganda.

Stango is not alone in noticing this.  In December 2019, the New York Times reported  that the court had cited in its reasoning for the sentence reports from notorious outlets for Russian propaganda.  There were a number of videos, described as “open source,” “found on YouTube” or “from a local TV station,” but which all carried the logo of the Kremlin-funded RT, or Russia Today”.  The ruling also cited an article from the propaganda website Russkaya Vesna, which produced a fake document from the Ukrainian authorities instructing Markiv’s fellow soldiers to testify in his favour.  The prosecutor Andrea Zanoncelli had even admitted that it “was never clear how genuine it was” yet claimed that he had presented it “to show this thing existed, so that the court could evaluate it.”  He did not divulge how it was that the court was supposed to determine whether the material he produced as evidence was fake.