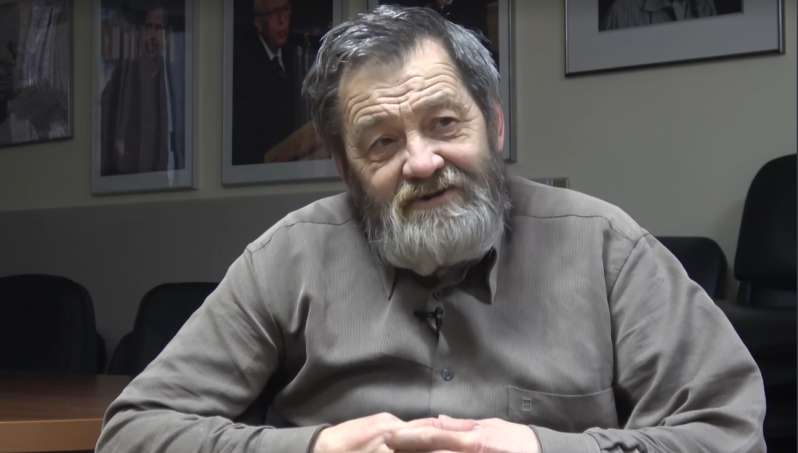 Sixty six-year-old human rights defender and former political prisoner, Sergei Mokhnatkin, died in Moscow on 28 May 2020.  He had been gravely ill since late last year,  seemingly following complications from the serious spinal injuries inflicted by prison staff during one of his politically-motivated sentences.  The reprisals against Mokhnatkin effectively never ended, with it needing the intervention of human rights activists before a hospital would even agree to admit him.

In reporting his death, well-known writer Victor Shenderovich wrote the following:  “We must remember by name all of those who killed Sergey Mokhnatkin: the police officers; the investigators; the prosecutors; the judges; the prison butchers in the prison colony who broke his back, and then once again judges and the ‘doctors’ who finished the butchers’ task…  This is one time when the words “we will not forget, nor forgive” are appropriate.  It is impossible to forgive such things.

He was one of the best people whom I’ve met in my life.  The twentieth century almost totally destroyed that type of person in Russia – strong; free; cheerful and courageous. The XXI century is crushing those who had miraculously survived.

As both a fearless journalist and human rights activist, Mokhnatkin was a person at risk in Vladimir Putin’s Russia.  Until his first arrest, he had been involved in the now banned ‘For Human Rights’ NGO and was also active in observing elections;  monitoring peaceful assembly and helping people in prisons.

He was arrested on 31 December 2009 during a protest organized by Strategy 31, an organization that arose in defence of the rapidly disappearing right of freedom of peaceful assembly, enshrined in Article 31 of Russia’s Constitution.  He was given a 2.5 year prison sentence for supposedly having used “force dangerous to life and health,” against police officer Dmitry Moiseyev.  By now such charges have become a standard part of Russia’s arsenal against peaceful protest, though back at the beginning of 2010, the practice was just beginning. Mokhnatkin was promptly declared a political prisoner by the renowned Memorial Human Rights Centre, however on that occasion, Dmitry Medvedev who was nominally President for one term  between Putin’s second and third terms in office, ‘pardoned’ him.

Mokhnatkin was not left in peace for long and was rrested again on 31 December 2013 at another Strategy 31 protest in Moscow.  He and witnesses explained that he had approached police lieutenant Sergei Shorin demanding that the latter put an end to the illegal detentions.  Shorin was heard turning to colleagues and telling them to remove Mokhnatkin, whom he called a ‘provocateur’.

Mokhnatkin was initially charged with ‘disobeying a legitimate demand from a police officer’, the administrative offence standardly used against many activists taking part in peaceful protests.  However, on 1 January 2014, criminal proceedings were brought under Article 318 § 1 of the Russian criminal code – “force not endangering life and health’.  Mokhnatkin was once again taken into custody.

According to Memorial HRC, video footage clearly showed that Shorin had dealt Mokhnatkin several blows to the face, and had also partial asphyxiation against him.  This was confirmed by the fact that it was Mokhnatkin who had needed an ambulance to be called when brought to the police station, and he was taken to an injury unit with a suspected broken noise. On 16 January he needed to be hospitalized over an inflammation to the leg probably caused by the police beating.  Despite his injuries making nonsense of the charges, he was sentenced on 10 December 2014 to four and a half years in a maximum security prison.

A third criminal prosecution was later added over supposedly insulting a representative of the authorities (Article 319), with the ‘insulted individual’ being the head of the prison unit, A. Stakheev.  An additional two months and three days’ imprisonment were added to the sentence.  Although this was reduced at appeal level to one month, the conditions of his imprisonment were also made even harsher.

A fourth criminal prosecution was brought in March 2016 after a conflict when he was being transported to the Akhangelsk oblast for a court hearing on the third prosecution.  Mokhnatkin explained that he had not been shown any document to explain his move, and that he had lain on the ground in protest. Force was used against him to force him into the vehicle.

A similar ploy was used in Russian-occupied Crimea to extend the politically-motivated sentence against Ukrainian activist Volodymyr Balukh.

His assertions about the physical force applied against him were borne out by a medical examination which found spinal injuries.  There is nothing to suggest that anybody has been held to answer for the spinal and other injuries caused by beatings and other reprisals while in prison.  These, it should be stressed, were inflicted on man in his 50s and 60s.

Mokhnatkin was sentenced on 20 March 2017 to a further two years’ imprisonment, once again on a charge of ‘disorganizing the work of the prison.  The prison administration claimed that he had shown resistance and had hit a guard, although he said that he had himself been beaten.  It seems that the major damage to his spine was inflicted at that time.

In November 2018, the authorities presented him with a new charge of ‘disorganizing the work of the prison’ in order to not release him.  The arrest warrant was signed, without Mokhnatkin’s lawyer being informed, by a ‘judge’ who travelled from the Isakogorsk District Court in Arkhangelsk to the prison.

It was therefore a great relief when he was released on 14 December 2018.  It is unfortunately more than likely that this was not justice finally prevailing, but simply awareness of the then 64-year-old’s state of health after the treatment he had received.

Memorial had repeated condemned the disproportionate measures against Mokhnatkin, pointing out that a man in conflict with state bodies has been methodically subjected to brutal punishment for insignificant acts of force against representatives of the authorities, including some which probably didn’t happen.