Donbas militants ‘allowed to torture 500 innocent Ukrainians to death, to find one spy’ 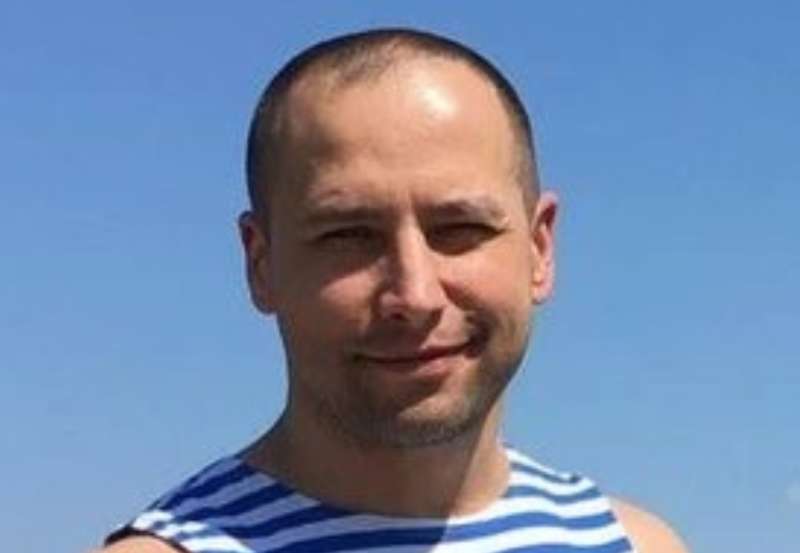 While many hostages have spent longer imprisoned by militants from the self-proclaimed ‘Donetsk people’s republic’ [DPR] than 48-year-old Serhiy Kuris, the latter’s openly expressed pro-Ukrainian position and refusal to sign any ‘confession’ do suggest that he could be in real danger.  In a letter which hostages freed in the December 2019 exchange were able to get to a friend in Kharkiv, Kuris spoke of his hopes for a swift exchange, “otherwise I’ll die”.

Kuris was seized near his home in Donetsk on 5 September 2019, while out with his wife and 18-month-old son.  They were approached by some men who wanted Kuris to go with them in their car.  When he refused, they handcuffed him, put a bag over his head and forced him to the floor of a minivan.  They also took his car away, with this later claimed to have been to pay a ransom of three thousand USD.

Men from the so-called ‘DPR department for fighting organized crime’ brought Kuris back to his home four days later to carry out a ‘search’.  Kuris had clearly been badly beaten, and was only half-conscious, his wife recounts.

Natalya, Kuris’ friend, told the Media Human Rights Initiative that the militants had found ‘military-style’ clothing and the book ‘Savur-Mohyla. War Diaries’ by Andriy Palval and Maxim Muzyka.  The latter is about an important battle between the Russian / Russian-controlled militants and Ukrainian Army in 2014 and Natalya says that she gave it to her friend to read.  She doesn’t know whether he did read it, but says that this is enough for the so-called ‘DPR militants’ to bring charges against somebody.

Despite desperate efforts by his family to find out what had happened to him, for a long time nothing at all was known about Kuris’ whereabouts.  It is now known that he was thrown into a the so-called ‘DPR department for fighting organized crime’s’ secret prison because he refused to sign any of the militants’ documents (about their ‘charges’).  Over four days, he was subjected to horrific torture.  His family had enormous difficulty finding him a lawyer, as many were frightened to take on such a case.  They did finally get somebody who managed to get Kuris’ torture marks recorded.  These included burns from electric shocks on his legs; festering sores on his wrists from being suspended by his wrists; and also burn marks from the cigarette butts that the militants stubbed out on his back.  Kuris is now imprisoned in ‘the 10th post’ – the basement of the Donetsk SIZO [remand prison] which is notorious for its particularly harsh conditions.

In May 2020, Kuris’ elder sister, Oksana, spoke with Donbas.Realii.  Although she mentions that Kuris’ lawyer has been able to see him, it seems likely that the very open words she cites are either from Kuris’ letter, passed on by freed hostages in December, or maybe one brought out by one of the hostages freed in April this year.  Kuris writes:

“When I was tortured in a secret prison, during the breaks between their torture so that I came to, the so-called ‘DPR department for fighting organized crime’ either flung me for two-three hours into a concrete pit or took me for “an interim conversation” to one of their interrogators who determined which torture to apply, then to a certain ‘Ivanov’.  The latter openly said that he, and all ‘staff’ of the department are already Russian citizens and they’re allowed to torture as many as 500 innocent people just to find one employee of the SBU” [Ukraine’s Security Service].

According to Oksana Kuris, her brother was very open about his pro-Ukrainian views. “Even after occupation, he spent quite a lot of time in Donetsk.  He believed that he should not run away from his native city.  My brother even sent me various patriotic pictures in the social media.  I was worried and warned him to be careful”.

Oksana Kuris is worried that her brother is not being added to the exchange list as the militants are trying to pin very serious charges on him.  As well as the typical ‘spying’ charges, and collaboration with the SBU, they appear to be accusing Kuris of ‘terrorism’.  This could mean a life sentence or even the death penalty.  These are ‘sentences’ handed down by an illegal proxy Russian ‘republic’ which has only been ‘recognized’ by other Russian-controlled fake republics.  Nonetheless, pressure is clearly needed on Russia, which controls DPR and all issues regarding the release of hostages, to ensure that Kuris is added to the exchange list, along with other hostages, tortured and imprisoned for their pro-Ukrainian position.