Kazakhstan opposition activists beaten up and threatened with deportation by Ukraine’s Security Service Did ‘chief butcher’ of Izolyatsia secret prison in occupied Donbas work for Ukraine’s SBU? New bill on the Security Service is in breach of Ukraine"s Constitution and human rights standards Zelensky imposes sanctions against men who fought for Ukraine in Donbas The Bill on SBU is unacceptable, it should be buried Ukraine is illegally deporting activist to Belarus to face persecution Ukraine SBU officers on trial for the killing of 72-year-old Maidan activist Ukraine imposes sanctions on pro-Russian MP Medvedchuk & his wife. What about criminal proceedings?So what will “New SBU” be?What is wrong with the bill on SBU?Fake ‘Ukrainian fascist’ arrested and charged with working for Russia and its proxy Luhansk ‘republic’ 80-year-old Ukrainian charged with trying to overturn the government via a Facebook repostSBU demands that asylum seeker retracts testimony to ECHR about torture in secret SBU prisonsUkraine’s SBU must not help Russia persecute an asylum-seekerFirst court victory in Ukraine against illegal SBU abduction & deportation of Georgian linked to SaakashviliUkraine’s Security Service abducts and deports former political prisoner to BelarusUkraine’s Security Service orders ‘check’ on authoritative public opinion pollster over question in surveyKHARKIV HUMAN RIGHTS PROTECTION GROUP. ANNUAL REPORT. 2017On the arrest of RIANovosti journalist Kiril Vyshynsky & the defence of “alternative news” in UkraineSBU raids Communist Party on suspicion of treason & planning a coup
• Topics / Law enforcement agencies 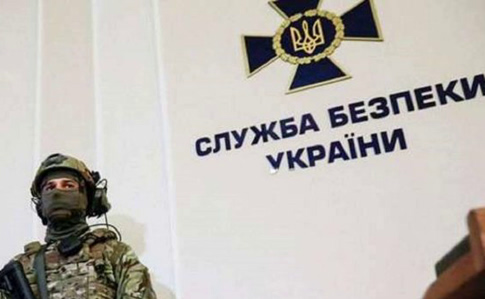 The two latest draft bills on reform of Ukraine’s Security Service [SBU], including one from President Volodymyr Zelensky, “give virtually unlimited and uncontrolled powers to the SBU which are not typical for democratic countries”.  This is just one of the damning conclusions from a recent legal analysis of the bills by human rights lawyer Volodymyr Yavorsky for the Centre for Civil Liberties.  Zelensky’s bill has already been sent for reworking, however the failings detected suggest that more is needed than a few superficial repairs.

Ukraine’s Security Service is one of the least reformed of all Ukrainian state structures, and calls for a major overhaul date back to the 1990s.  Many of the problems are linked with the body’s KGB roots and the fact that the SBU combines its state security functions with law enforcement powers which are not appropriate for a democratic state.  As well as serious corruption scandals, the SBU has been accused of using torture and secret prisons; of excessive blocking of the Internet and virtually uncontrolled use of methods for intercepting communications. There have also been a number of cases where the SBU have effectively abducted and illegally removed asylum seekers, sometimes working in baffling collaboration with their Russian FSB counterparts.

In an article for the Atlantic Council shortly before Zelensky’s inauguration, former US Ambassador to Ukraine Steven Pifer and Oleksandra Ustinova called SBU reform “a vital matter of national security for Ukraine”.   With Ukraine effectively in a state of war since 2014, they wrote, “the country needs a trusted and well-trained security service that focuses on intelligence-gathering, counter-intelligence, and counter-terrorism as well as protecting state secrets. The SBU, however, remains to a large extent a Soviet legacy institution—too powerful and often misusing its authorities.”

The authors note that a working group, including international partners, had tried to draw up a concept of reform back in 2016, but that this had come to nothing.

Then in October 2019, the Zelensky-appointed Head of the SBU, Ivan Bakanov announced a concept for the structure’s reform.  This was drawn up within the SBU, and appears to have formed the basis for the President’s draft bill.  The concept received criticism from among others, the Reanimation Package of Reforms Platform for the same failings as those Yavorsky criticizes.

Draft Law No. 3196 on Amendments to the Law on Ukraine’s Security Service was tabled in the Verkhovna Rada on 10 March 2020.  It was submitted, as urgent, by the President, however, according to Yavorsky, it was, like the above-mentioned concept, drawn up by the SBU.  A second, alternative Draft Law No. 3196-1, drawn up by a group of MPs (including presumably the same Oleksandra Ustinova who co-authored the above-cited Atlantic Council article), was tabled on 23 March 2020.

It is these two bills which Yavorsky has subjected to analysis, with his focus specifically on how the proposed amendments impinge upon human rights.  In this sphere, he notes, Ukraine is restricted by the Constitution and by its international commitments, including through the European Convention on Human Rights and similar.

The Presidential bill (hereafter No. 3196), unlike the alternative bill (No. 3196-1) proposes major amendments to the Law on Ukraine’s National Security   Yavorsky points out that the fact that SBU defends state security does not at all mean that it should determine  the main tasks of state security.  He suggests that the SBU has not understood its role in a democratic society and is carrying out other functions than those which are appropriate. He believes that the SBU cannot be allowed to define what is national security since that would mean it was determining its own scope of work, which would be an evident conflict of interest.  It is also quite unacceptable, Yavorsky adds, that consideration of amendments to the law on the SBU should take place as a package, together with the law on state security.

Most alarmingly, No. 3196 proposes to change the concept of ‘national security’ and ‘state security and, in the process, makes them less clearly defined.  “Excluded from the definitions are such traditional components of this concept as state sovereignty; territorial integrity; and democratic, constitutional order.  Instead it is stated that these concepts are made up of national interests; national aims and national values.”

Such a definition is so broad that effectively any task can be claimed to be within the scope of the SBU. This runs counter to the principle in any democratic country that the scope of the SBU should be clearly determined by legislation.  So too does the suggestion that actions deemed to run counter to ‘national values’ are a threat to national security. While it is accepted that human rights may need to be limited or derogated where this is demanded by national security needs, here they could be  restricted merely because they (allegedly) contradict national values.  This, Yavorsky points out, contradicts the constitutional understanding of national security.

The list of such supposed national values is also rather disturbing, containing, for example, “development of spirituality, moral principles” and “preserving and strengthening the institution of the family”.

The author is adamant that such concepts run counter to Ukraine’s Constitution, including the prohibition of any state ideology, as well as to international law which Ukraine has committed to comply with.  This seems more like fighting dissident thinking, which hearkens back to Soviet times, and has no place in a  democratic society.

It is generally considered, as reflected in Council of Europe recommendations and other documents, that there should be a clear distinction between the functions of security services and those of law enforcement bodies.  There are various reasons, including the fact that the security services’ activities are generally more secretive, making it next to impossible to monitor observance of the law, etc.

Yavorsky points out that one of the excuses given over the last 20 years for the SBU retaining its law enforcement functions was that there were no other enforcement bodies able to combat corruption and organized crime.  That argument will no longer wash as Ukraine now has an National Anti-Corruption Bureau [NABU] and the State Bureau of Investigations.   Continued retention of its functions by the SBU will now simply lead to confusion and competition regarding jurisdiction with respect to this or that case.

Draft Bill No. 3196 proposes to not only retain the SBU’s law enforcement functions, but to go further, with Article 3 giving it the right to carry out investigative activities and / or pre-trial investigation of any criminal cases concerning threats to national security. No. 3196 proposes amendments that would give the SBU responsibility for charges of creating illegal armed or militarized formations, and that would also allow the Prosecutor General to hand any case at all over to the SBU.

The alternative No. 3196-1 bill also retains the SBU’s law enforcement functions, though it does slightly narrow them.  The problems with this bill, however, are compounded by provisions which contradict each other.

Both draft bills contain the same provision about how “the forms, methods and means by which the SBU carries out its powers are determined by legislation, including SBU acts whose content may constitute a state secret”.   Yavorsky notes that international standards regarding security services do not allow the latter to define their own methods, etc. for carrying out their functions, and certainly not when the documents which define them are kept hidden from the public.

Both bills are also weak when it becomes to protecting human rights.  Yavorsky notes that the activities of the police when carrying out similar enforcement powers are actually more transparent, and better controlled against abuse.

Yavorsky concludes that the President’s bill No. 3196 cannot be considered reform of the SBU at all, and essentially proposes only a restructuring of the agency. Instead of proposing reforms, the bill would actually broaden the SBU’s powers, while significantly limiting human rights.  The alternative bill is a little better, but is still very far from offering the badly needed reform of the SBU.