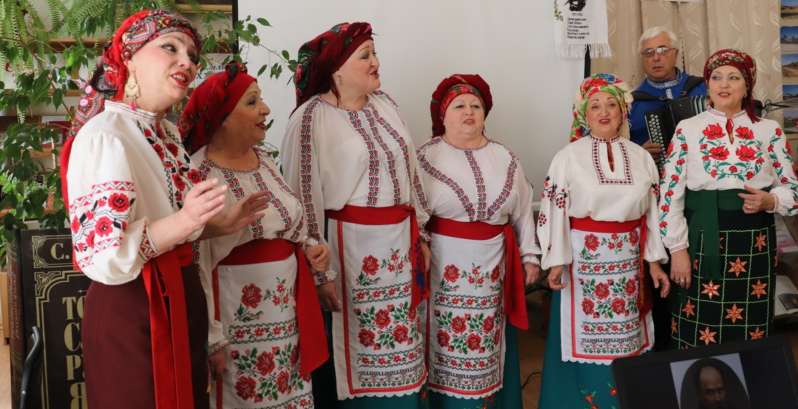 After systematically destroying all independent Ukrainian media in occupied Crimea and imprisoning journalists for their views and coverage of political repression, Russia has set about creating Soviet-style propaganda resources instead.  The new ‘media’ are in the Ukrainian language, but strictly pro-Moscow in content, and seem an obvious, though primitive, attempt to fool the UN’s International Court of Justice.  The latter is considering evidence of Russia’s discrimination of Crimean Tatars and ethnic Ukrainians under occupation, and back in April 2017 found sufficient grounds to impose provisional measures which Russia has flouted.

Two resources have so far been created: a Ukrainian and Russian-language site called ‘Pereslyav Council 2.0’ and a Ukrainian-language quarterly entitled ‘Crimea Today’.   The website hearkens back to the original Pereslyav Council in 1654, which confirmed the fateful decision of Hetman Bohdan Khmelnytsky and his Cossacks to pledge allegiance to Moscow.  The site provides a very manipulative view of history, with, for example, the anniversary of the Deportation of the Crimean Tatar people on 18 May 1944 presented as Remembrance Day for the Victims of the Deportation of the People’s of Crimea.  The image shown is not of the brutal Deportation of Crimean Tatars, and the initial description is profoundly dishonest, claiming that “it was on 18 May 1944 that the first load of Crimean Tatars; Greeks; Bulgarians; Germans; Armenians and other nationalities who inhabit Crimea was sent from Crimea to Central Asia”.

Russia’s attempts since its invasion and annexation of Crimea to blur the specific tragedy of the Crimean Tatar people, and the crime committed against them have been accompanied since 2014 by repressive measures banning remembrance events and prosecuting those who sought to honour the victims of an act of genocide.

The whole strategy of the resource seems to be to present Ukrainians as one of the nationalities of multi-cultural Crimea.

QHA Media, one of the many Crimean Tatar websites forced out of Crimea, reports that a new ‘Pereslyav Council’ award has also been introduced, with this presented to people who “contribute a lot to keeping the people between two peoples (Ukrainian and Russian).  According to QHA’s information, the award is likely to be first received by Sergei Aksyonov.  The latter was an obscure pro-Russian politician with a criminal past whom Russian soldiers installed at gunpoint as ‘Crimean leader’ on 27 February 2014.  It is under Aksyonov that all Crimean Tatar and other Ukrainian media were effectively closed and that Crimea has plummeted to a ‘Not Free’ score of 8/100 in Freedom House’s 2019 rating – even lower than the 20/100 score received by the Russian occupying state, and significantly lower than government-controlled Ukraine’s 60/100.

QHA points to ‘Russia’s propaganda splits’ with these new ventures.  “On the one hand it has to demonstrate to the world a tolerant attitude to ethnic Ukrainians in Crimea, while on the other – continuing its propaganda against Ukraine as a whole, including among the Ukrainian community in the peninsula”.

Historian Andriy Ivanets is convinced that Russia’s efforts to create a Potemkin village illusion through Ukrainian-language media are linked with the International Court of Justice suit which Ukraine brought against Russia in 2017.  Ukraine has accused Russia of violating two UN conventions which both countries have committed themselves to abide by:  the International Convention for the Suppression of the Financing of Terrorism and the International Convention on the Elimination of All Forms of Racial Discrimination.  Although ICJ did impose provisional measures, ordering Russia to remove its ban of the Mejlis, or self-governing body of the Crimean Tatar people and to ensure education in Ukrainian, it only became clear in November 2019 that the Court had rejected Russia’s main argument and had concluded that it does have jurisdiction to consider both claims against Russia. A final ruling may still take time, but it is coming, and the amount of evidence against Russia over Crimea is overwhelming.

It seems most unlikely that the Court would be fooled by propaganda websites telling fairy tales about life for ethnic Ukrainians when there are hard facts about all Ukrainian language schools having been closed, and about the persecution of members of the Ukrainian Cultural Centre in Crimea.

It should be stressed that proof of each of the above allegations has been passed to the International Court of Justice and the International Criminal Court at the Hague.  Monitoring carried out in 2018 by the Crimean Human Rights Group found that Russia was deliberately creating an atmosphere of fear and aggression in occupied Crimea with Ukraine and Ukrainians pitched as ‘the enemy’.  There is almost always a strong propaganda component to the politically-motivated arrests of Crimean Tatars and other Ukrainians in occupied Crimea, with the aim clearly to present Ukrainians as ‘a threat’.

Ivanets notes that Russia is clearly trying to deceive the Ukrainian public and international community with its takeover of the Ukrainian Community of Crimea (Українська громада Криму).  Such an organization had existed in Crimea for many years prior to Russia’s annexation.  It still does, but was forced to move to mainland Ukraine in 2014.

Russia stole the name and created its own fake organization.  The so-called ‘Ukrainian Society of Crimea’ («Украинская община Крыма») is headded by Anastasia Hridchyna.  According to Ivanets, she is a member of the ruling Russian United Russia party and speaks Ukrainian very badly.  The historian notes that all of the supposed ‘Ukrainian media’ that are now being created are full of grammatical and other mistakes in Ukrainian. Hridchyna’s supposedly ‘Ukrainian Society’ justifies Russia’s occupation of Crimea and claims that Ukrainians live well in Crimea and that there is harmony between different nationalities.  Unsurprisingly, she has been chosen as chief editor of the ‘Crimea Today’ quarterly.

Although Ivanets mentions only formerly existing Ukrainian associations, Russia also systematically harassed members of the newer and apolitical Ukrainian Cultural Centre.  Most were forced to leave for mainland Ukraine under fairly open threats of prosecution and imprisonment if they remained.

Andriy Shchekun, Chief Editor of Krymska Svitlitsa, which is also forced to publish from Kyiv, is also dismissive of such propaganda efforts.  He notes that the ‘Crimea Today’ quarterly is to be published in only 700 copies, making it clear that this is not about providing for a demand, but about being able to claim to the international community that such publications exist.

It is important, he stresses, that we ‘shout down’ collaborators by providing truthful information to the international community about the real situation in Crimea. It is that situation which Russia is using its repressive machine to try to silence, including through the imprisonment of ten Crimean Tatar civic journalists (details here).