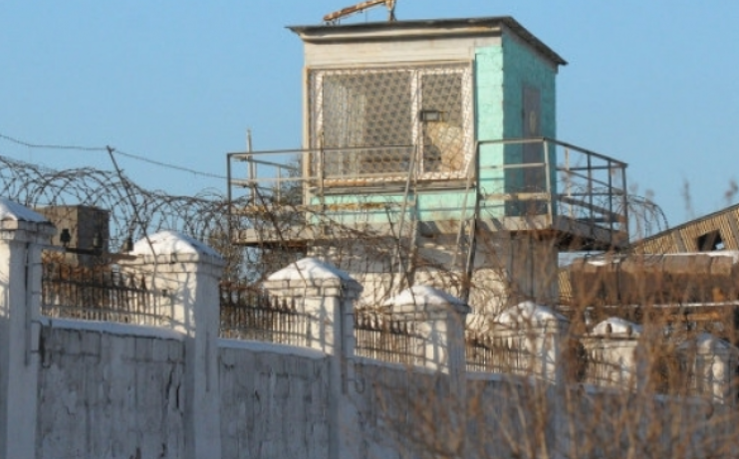 Major Ukrainian human rights groups have called on President Volodymyr Zelensky and parliament to finally adopt an amnesty bill that has been gathering dust for almost two months, despite the obvious need for it due to the pandemic. This is no blanket amnesty, but would mean that those in particularly high-risk categories and people who had not committed grave crimes would be released from an environment which puts them in particular danger of infection.

The Cabinet of Ministers tabled Draft Bill No. 3397 on 27 April 2020.  While also containing a long list of the more serious crimes that cannot fall under an amnesty, the bill envisages the release of some underage offenders; women prisoners who are either pregnant or have children aged up to 5; prisoners of pensionable age or with first or second-group disability status.   The amnesty would also apply to prisoners convicted of less serious and non-violent crimes who have already served a stipulated part of their sentence.  Once adopted, some three thousand prisoners can be released, which is slightly less than 10% of the 33 thousand prisoners currently serving prison sentences.  That, in turn, will improve the conditions for those prisoners remaining.

The authors of the appeal point out that amnesties are an act of mercy and were an annual occurrence until 2011.  Since then, there have so far only been two amnesties – in 2014 and 2016, with the lack of one for four years being “a demonstration of the inhume nature of state policy” which is in conflict with Ukraine’s Constitution.

An amnesty was thus long overdue, however it is now critically needed due to the pandemic and the obvious dangers posed by infection spreading in closed institutions.  This has been recognized in all countries, as well as by the World Health Organization and three other UN bodies who on 13 May 2020 issued a Joint statement on COVID-19 in prisons and other closed settings.  In it they call on political leaders to take action given the heightened vulnerability of prisoners and other people deprived of liberty to the COVID-19 pandemic.  They stress the importance of reducing overcrowding and “urge political leaders to consider limiting the deprivation of liberty, including pretrial detention, to a measure of last resort, particularly in the case of overcrowding, and to enhance efforts to resort to non-custodial measures.”    Countries have reacted in various ways, whether through amnesties and release on parole, or through imposing even further restrictions on visits, etc.

The authors believe that there are no grounds for considering that the danger in Ukraine has passed.  It is impossible  they assert, that with well over 27 thousand cases of coronavirus confirmed in the country, there have only been 26 cases among the approximately 33 thousand people serving sentences and 20 thousand held in pre-trial detention centres [SIZO], as well as the 28 thousand prison and SIZO staff.  The 26 cases thus far recorded were in 13 oblasts, with only four prisoners among them.  The authors suspect that this is the tip of the iceberg, and that there are probably other cases which have not been identified, since the prisoners are not being tested.

Medical facilities are doubtless not adequate to the present situation, and this is always a major problem in corrective colonies and, especially, in SIZO.  The conditions in the latter are generally very bad.  It should also be remembered that there is a high prevalence of serious diseases such as tuberculosis, as well as of HIV in places of confinement, and Covid-19 is known to be particularly dangerous for people with serious existing medical issues.

Unfortunately the envisaged amnesty can also not cover the many cases in Ukraine where there are serious grounds for suspecting a serious miscarriage of justice.  One of the most glaringly obvious of these miscarriages is the life sentence that Volodymyr Panasenko is serving for a crime nobody ever believed that he committed (details here).

The human rights groups express concern also that the President has still not issued a decree on pardons, despite the Commission on Pardons under the President having issued their conclusions back on 4 February.

They call on the President to issue this decree without delay, and for Draft Bill No. 3397 to be tabled as urgent, with all political parties recognizing that this may be a matter of life or death.

The appeal was initiated by the Kharkiv Human Rights Group; the Ukrainian Helsinki Human Rights Union and the Centre for Civil Liberties and is open for endorsement.(by adding names under the text in Ukrainian)