People from “different planets”. Could a pastor be a killer?
• Topics / The right to a fair trial

Prison problems. Old cases of people sentenced to life imprisonment is the legacy of the past – of the Soviet Union 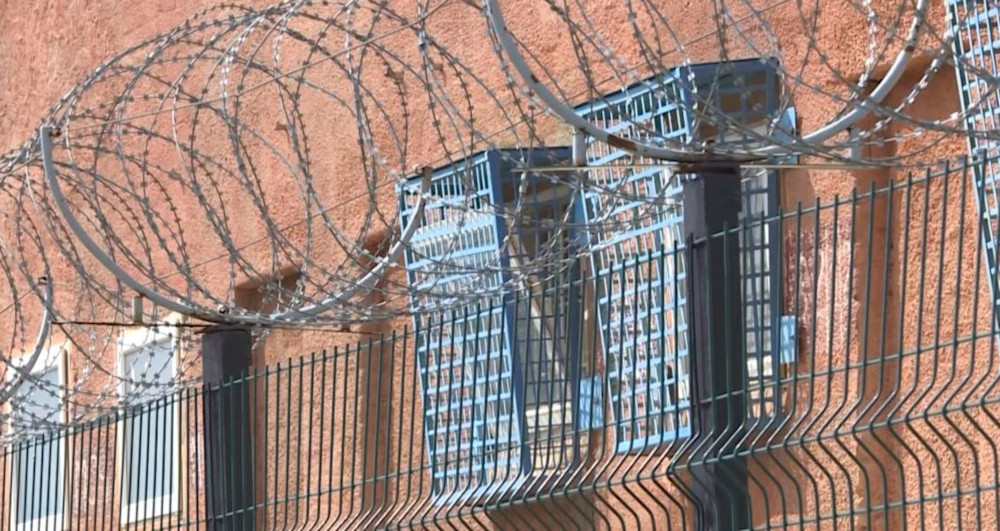 A public discussion on the topic “Problems Related to Serving Sentence in Prisons of Ukraine” was held on May 15 at King Danila University. The event was organized in collaboration with the Kharkov Human Rights Group. The event was held as part of the IV All-Ukrainian scientific and practical symposium “Fundamental Problems of the Development of Modern Humanitarian and Applied Science”.

All public events are prohibited during quarantine. But the quarantine ban does not eliminate the need to publicly discuss current issues, the solution of which is within the competence of the country’s legislative and executive authorities. Olexander Ostroglyad – a candidate of legal sciences and vice-rector of King Danila University. On the technical basis of the University he organized an online discussion in which more than 50 participants took part.

COVID-19 has been ranked first in the ratings of the most talked about topic for a period of time around the world. For more than 10 years the Helsinki human rights group has raised the issue of the need to solve the problems associated with the fact that convicts become ill with coronovirus in prisons. And if this problem is not resolved now, it may become a problem of a national scale in the future.

The representative of the National Preventive Mechanism (Ombudsman) of Ukraine recorded cases of coronavirus infection of convicts and employees of the penitentiary system. There approximately 53,000 convicts are serving their sentences and about 28,000 prison staff – all of them are at high risk.

Eugene Zakharov emphasizes the following to the country’s leadership: We are on the verge of an outbreak of the COVID-19 epidemic in the institutions of the penitentiary system of Ukraine. This is the reason why it is urgent to start testing prison staff and prisoners. This is also the reason why the Parliament of Ukraine should quickly consider a bill on amnesty (N3397) and on conditional release (N3396) of prisoners, these bills were registered in the Parliament on April 27.

Sentenced to life imprisonment do not have the right to appeal the sentences by virtue of which they are convicted. These sentences were adopted on the basis of the Code of Criminal Procedure of Ukraine of the Soviet period as amended in 1961. These are sentences whose justice is doubtful. The point is that the sentenced to capital punishment – to life imprisonment – are more likely than other categories of convicts to deal with the spread of the epidemic. Another problem of life-sentenced convicts is they are convicted on the basis of the old repressive criminal procedure code of Ukraine of the Soviet Union, as a result of which, being convicted by the court of first instance (appellate court), this category of convicts was deprived of the right to appeal their sentences to cassation order. Thus, more than 1000 people were convicted. Thought, this problem is not as hot for public discussion as COVID-19, but this makes it no less relevant for prisoners and their relatives. Convicts are people for whom the question of justice is not something speculative, it is a matter of life and death. Because without solving this problem, without the fact that the state of Ukraine recognized the fact that unjust court decisions are made on behalf of the state, and also without giving convicts the right to appeal their sentences, it is impossible to implement the reform of the prosecutor’s office and the judicial branch of government without all of the above in Ukraine.

The Helsinki human rights group has been talking about this issue for 10 years. For public discussion human rights activists understand the problem of unfair court decisions at various venues, and thousands of pages have been written on this subject and hundreds of kilometers of video material have been shot. Presidents and members of the government are changing, but the problem of unfair court decisions remains the same – unresolved.

Bill No. 3078 is registered in the Parliament of Ukraine. This bill can give a new impetus towards the restoration of justice – correction of judicial errors. This case can be compared with litmus paper, the size of which measures the success of the reform of the law enforcement system of Ukraine.

Lawyer Oleg Levytsky leads the public reception of the Ukrainian Helsinki Group, and he also represents Volodymyr Panasenko in court. Oleg Lesetsky names his client “hostage of justice N1”. Volodymyr Panasenko was sentenced to life imprisonment, as he considers it is illegal, but he has no right to appeal his sentence. Lawyer of Volodymyr, Oleg Levytsky, claims that about 1000 convicted to life imprisonment in Ukraine were convicted on the basis of the Soviet criminal code in the 1961 edition. Convicts on the basis of the Soviet repressive code were denied the right to appeal their sentences in cassation. Oleg Levytsky compares the judges who sentenced his client to the aliens who landed to Earth, did their job and flew away. And what to do with the sentences that the aliens have passed, earthlings do not know because the laws of earthlings do not allow to review judicial decisions that aliens made. 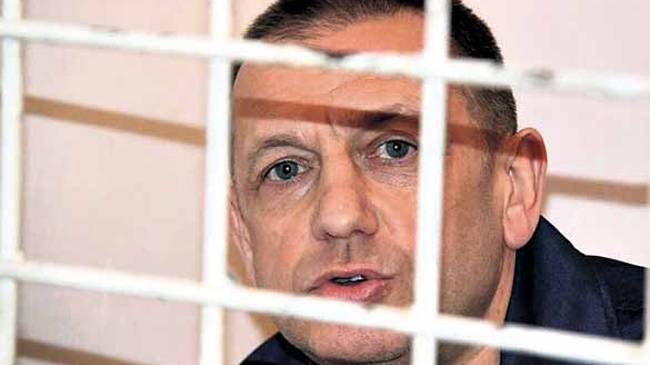 The Helsinki human rights group appealed to the President of Ukraine, as well as to deputies of the Supreme Council of Ukraine of the IX convocation with a public appeal, in which human rights activists are asking for the release of Volodymyr Panasenko. Unfortunately, but the Ukrainian authorities did not respond to this appeal from human rights defenders. As a result, an innocent person continues to serve sentence for a crime that he did not commit, and he even cannot prove his innocence in court because he does not have the right to appeal his sentence.

Yaroslav Mysyak is a pastor of the Christian Church, he was sentenced to death, which was replaced by life imprisonment later. Yaroslav has been serving his sentence for 22 years, as he believes, illegally, but he does not have the right to go to court in order to prove his innocence. Yaroslav’s lawyer Yuriy Vakula states that Ukraine is grossly violating human rights in relation to his client. Ukraine violated the rights of Yaroslav in the process of pre-trial investigation, as well as during the trial. The lawyer emphasizes that the court ignored all the arguments of the defense, and the prosecution is based on the findings of the state examination, which do not correspond to the actual circumstances of the case. 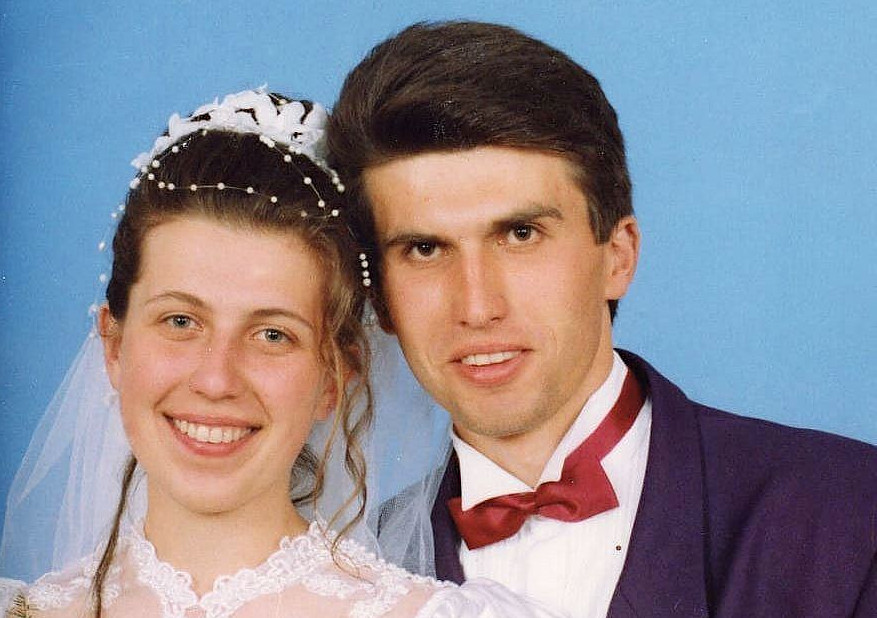 Yaroslav Mysyak is serving a sentence on charges of three murders. Human rights activists express legitimate doubts about the guilt of Yaroslav. Yaroslav and his lawyer have been trying to appeal the verdict for six years. Recently, the court of cassation, in which Yaroslav’s case is upset, stated that the charge against Yaroslav does not have clear evidence of his guilt, and the evidence on which the prosecution is based can be interpreted in two completely different ways. It follows from this that there are other versions of the one who committed the crime of which Yaroslav is charged. This fact is the basis for questioning the arguments of the prosecution against Yaroslav. There are no other criteria for evaluating evidence with which to evaluate the reliability of evidence of guilty convict, except common sense. The latter provides an opportunity to expose the arguments of the prosecution reasonable doubt. For those sentenced to life imprisonment, common sense is the only way to appeal to the state in a public space because they do not have the right to appeal to the courts in order to prove their case on the basis of the law. Life-sentenced prisoners in Ukraine are those sentenced that are forgotten not only by the states of Ukraine, but the whole world.

A bit of background. The fact is that the law on decommunization stipulates that all symbols of the Soviet past should be abolished in Ukraine. This applies to the names of streets, cities, regions and state institutions, as well as to the assessments of history, educational programs, and certain laws that are complementary to the Soviet Union. We are interested in the legislative field of Ukraine, which inherited laws from the Soviet Union, on the basis of which more than 1000 citizens of Ukraine are sentenced to life imprisonment. These were such laws that allowed the possibility of torture against suspects, and the confessions obtained in such a way in the Soviet Union were called the queen of evidence.

Another article from the Soviet past has entered the legislative field of Ukraine, this is article of the Criminal Code 319, which is an instrument of repression against convicts. People who are unfamiliar with the problems that convicts face every day in prison cannot even imagine what it is article 319. But like in the Soviet period, now this article is still used exclusively against convicts in prison.

According to the article of the Criminal Code of Ukraine 319 convicts who are serving their sentences can be additionally punished with three years of imprisonment for administrative offenses. And as an administrative legal relationship, you can blame the convicted that they did not shave, or that they do not want to work for free. Or the fact that convicts protest against the illegal demands of prison staff. This situation can be compared with the fact that the offender for exceeding the speed could be punished with imprisonment for three years. As usually employees of the penitentiary system of Ukraine use this article to extort bribes from convicts.

Although states around the world, including the ones in the post-Soviet space, besides Belarus, have long abandoned such illegal practices, in Ukraine they continue to use articles 319. The Helsinki human rights group has been trying to influence various Ukrainian authorities for more than 10 years, they do this so that the state refuses such rudiment of the Soviet past, as article 319. The country’s leadership is changing, the names of streets and cities are changing, but the attitude of the state towards its citizens, to whom the convicted also belong, does not change, it remains the same – repressive.

Eugene Zakharov, director of the Kharkiv Human Rights Group, claims that article 319 of the Criminal Code of Ukraine is used to repress convicts. This practice has no right to exist in any civilized country, and therefore it should be abolished in Ukraine.